It started out like a skit from Abbott and Costello. "Do you know where we are at?" "Yes, Juneau." "Well if I knew where we were I wouldn't be asking. What port is the Norwegian Pearl docked in?" "Juneau." "I don't give a darn!" Acting silly on vacation is what we do best. 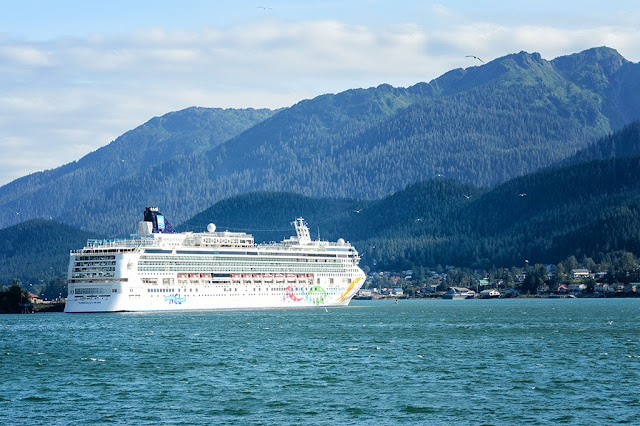 I wasn't sure we were going to see anything as we neared Juneau, Alaska during our seven day cruise with Norwegian Cruise Lines (NCL). The fog was so thick you couldn't see more than five feet in front of you. The ships fog horn continued to sound and then we saw our first ice covered peaks. 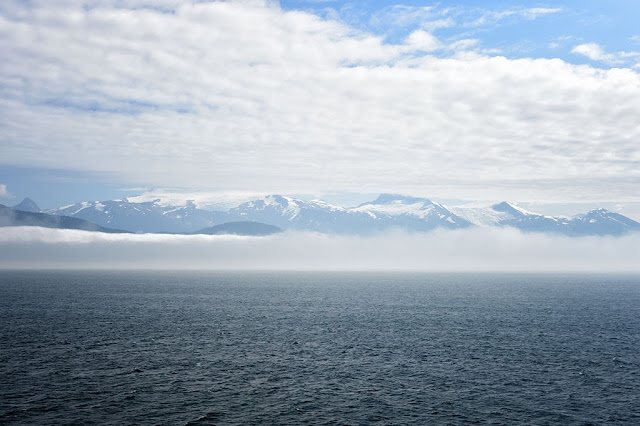 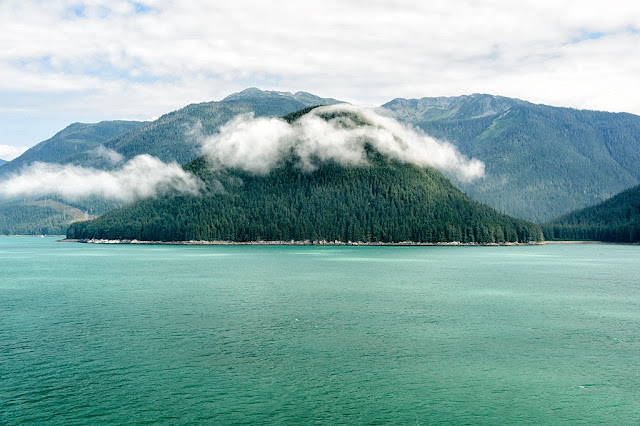 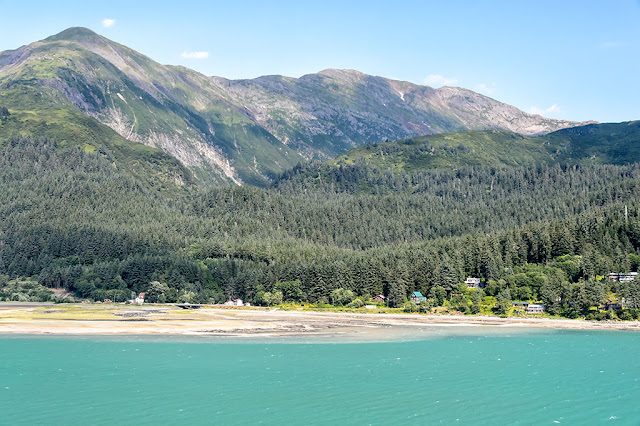 One of the first things you notice as you sail into the Gastineau Channel towards Juneau is the color of the water. It's jade colored! We were glued to our balcony as we watched fishermen worked their trade. 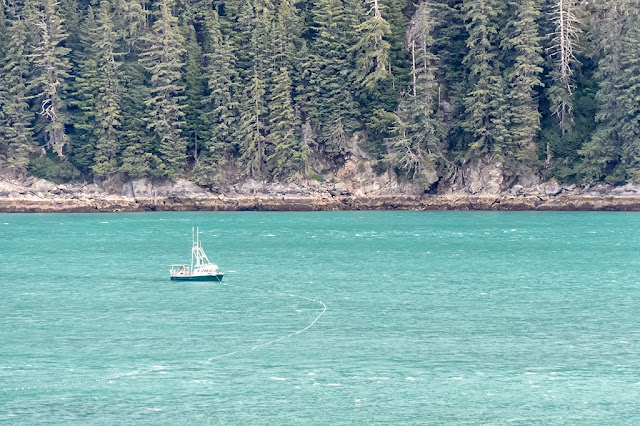 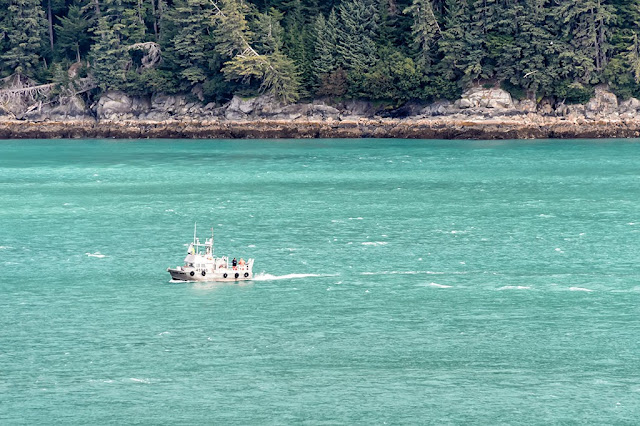 And then there is Juneau.  Well I guess we have to dock somewhere.  Think of it as a depot to better places.  It's not that it is a bad place (try the Alaskan Crepe Escape) but it is definitely a tourist city. 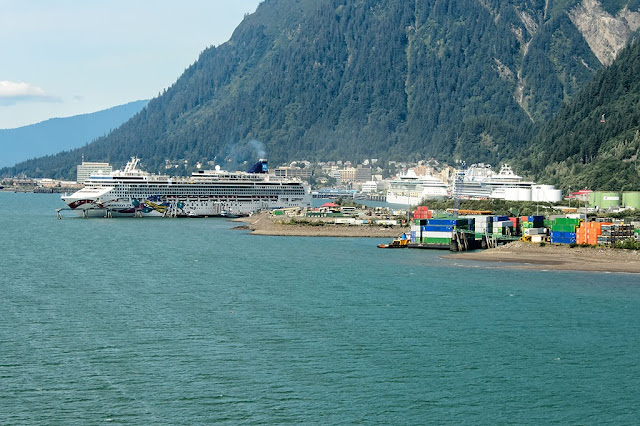 The excursion we picked for Juneau was all about firsts.  We had never been to a glacier and we had never flown in a helicopter.  So we booked our "Four Glacier Adventure By Helicopter" tour through NCL. I am a worrier by nature so I booked everything through NCL. By doing so, if something happened and the tour was delayed getting back to the ship it wouldn't sail without us. If you book on your own and that happens you are up the creek without a paddle. ERA Helicopters was the company providing the helicopters. Being a big guy I had to pay a little extra. This is due to the weight limits of the helicopters. BUT, it worked out well because it limited our aircraft to four passengers instead of five and I got a window seat the whole time! 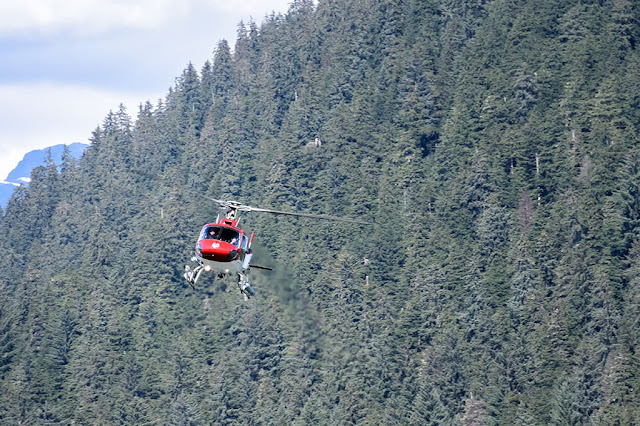 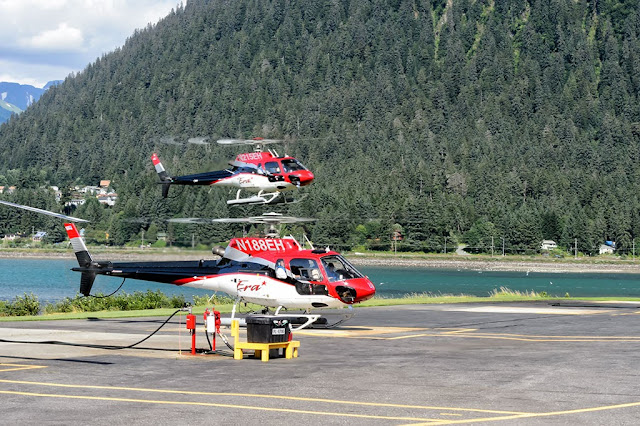 I was excited!  Before the trip I had done my research on the best way to photograph from within a helicopter. A polarizer filter is a must to reduce the window reflections. Don't touch any part of the helicopter and crank the shutter speed up to help with the vibrations and movement of the helicopter. But heck, even Peg's point-and-shoot made a couple great snap shots. The scenery makes up for any quality issues you might have. Our pilot, Mike, did a fantastic job explaining what we were looking at and some of the history of the glaciers. 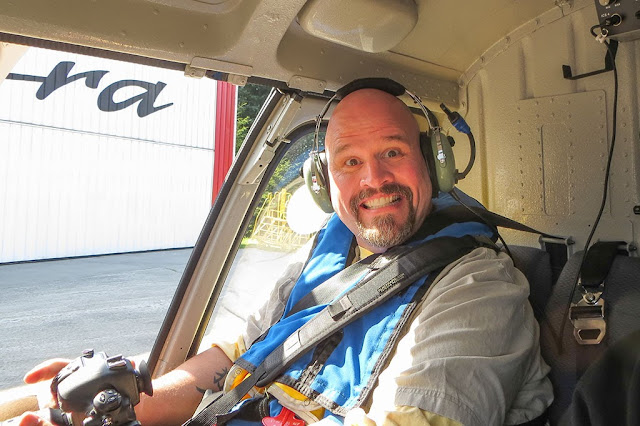 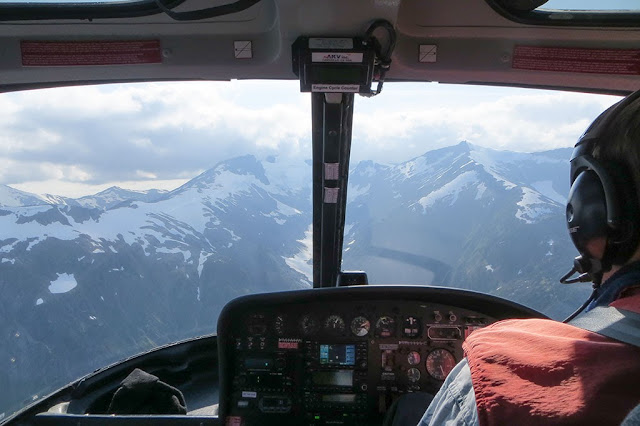 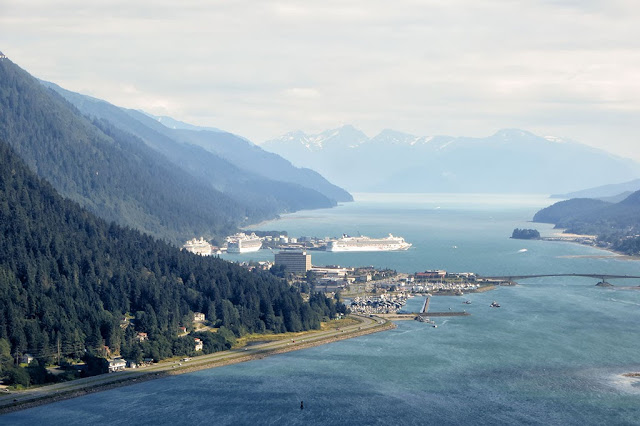 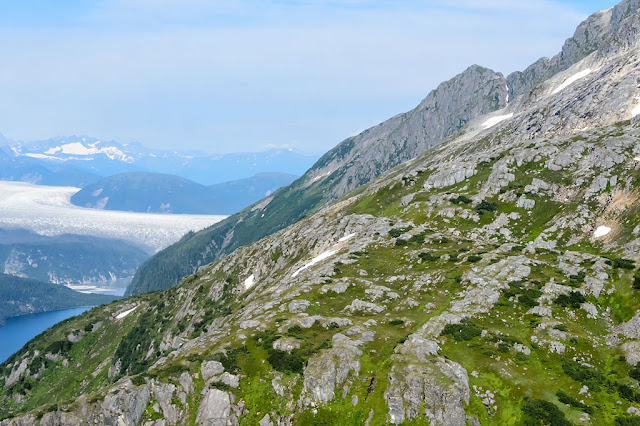 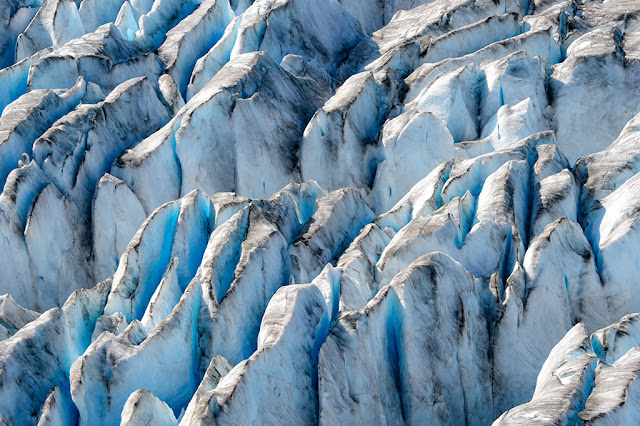 We landed and had about twenty minutes on the Norris Glacier to explore. The surface had a good amount of debris, scratched out from the surrounding mountains, on top so it wasn't slick at all. The sun was out and temperature was probably in the mid 60s. Water was flowing through numerous ice caves. Mike helped us capture our cheesy tourist picture to say that we were here. 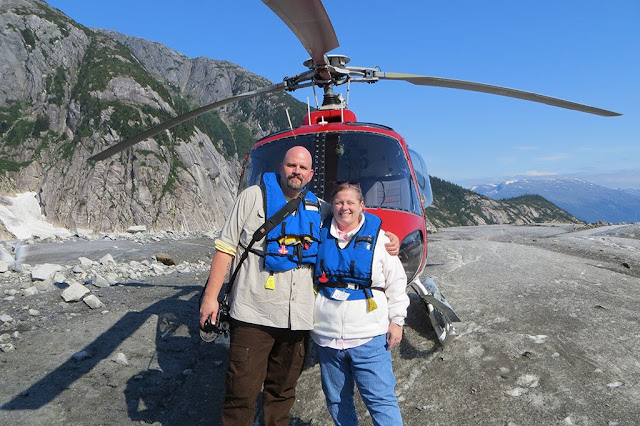 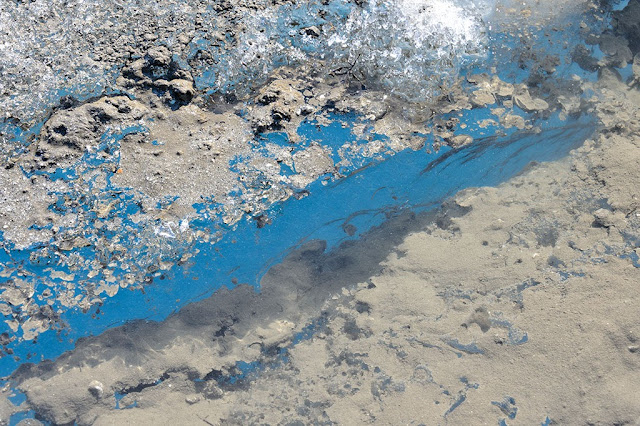 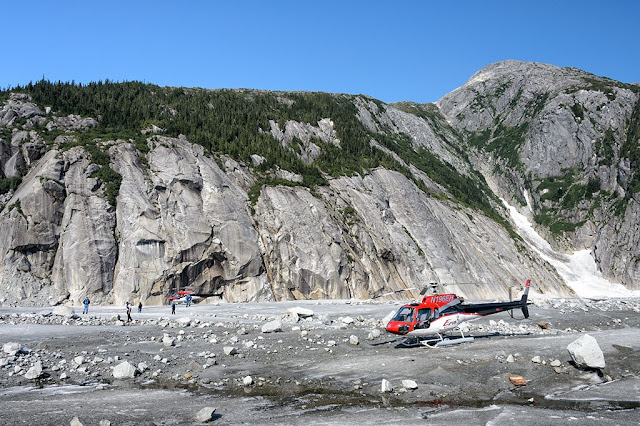 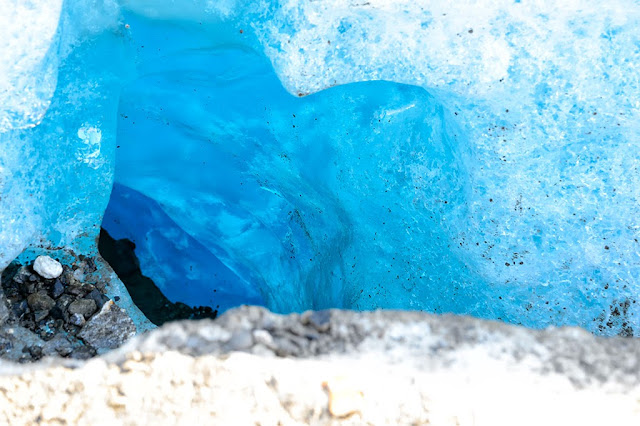 ERA Helicopters' fleet of Aerospatiale and Eurocopter helicopters provide a fantastic opportunity to see Alaskan glaciers up close. The price may be steep but it is worth it.  We highly recommend the "Four Glacier Adventure By Helicopter" excursion from Norwegian Cruise Lines. 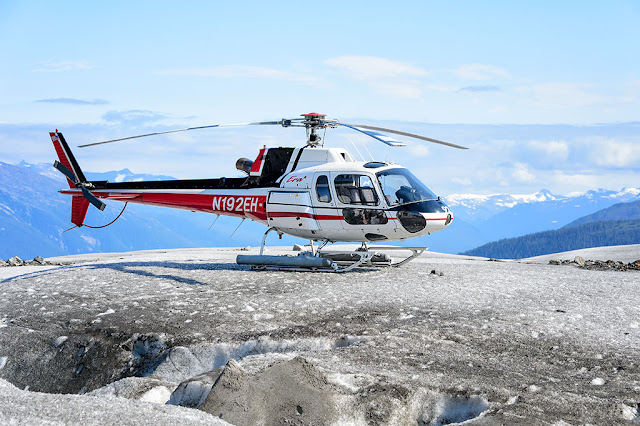