You absolutely must be up and watching as you sail through the Saguenay Fjord on your way to La Baie, Quebec. The New England and Canada cruise on the Norwegian Dawn gets you up close to the rocky cliffs of the fjord. 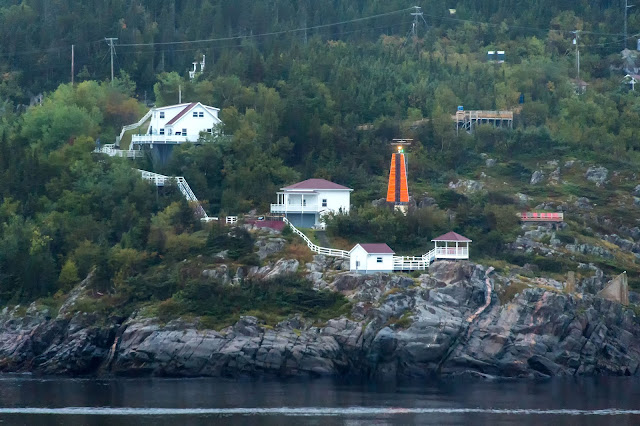 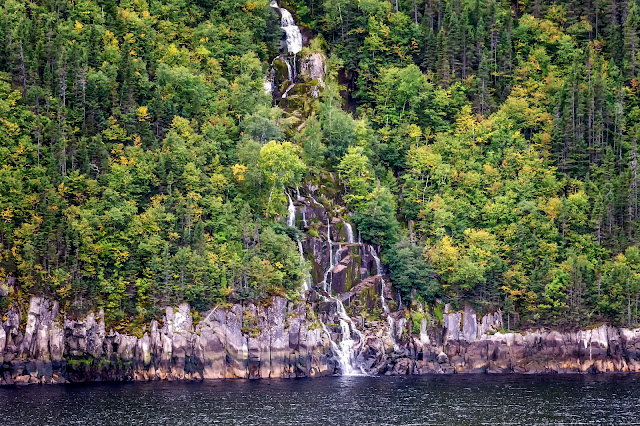 Soon they will begin playing Ave Maria over the ship's intercom as you sail past Notre-Dame du Saguenay. Louis Jobin sculpted the 35-foot tall statue of the Virgin Mary in 1881. Very impressive. 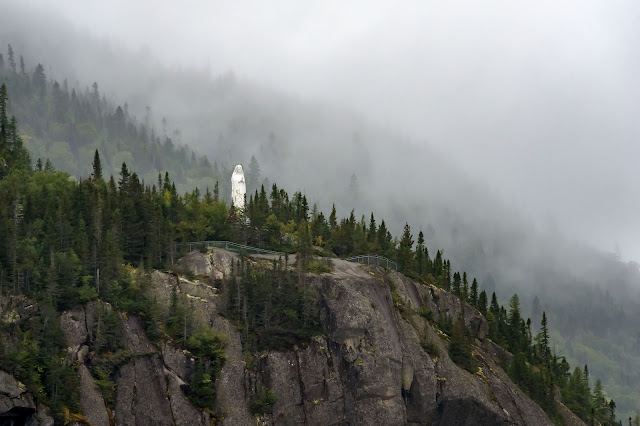 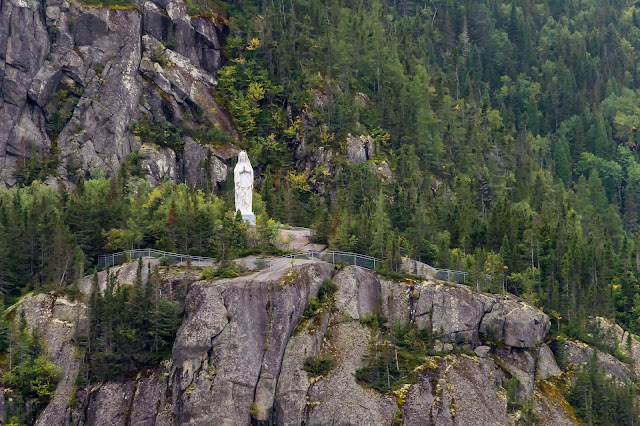 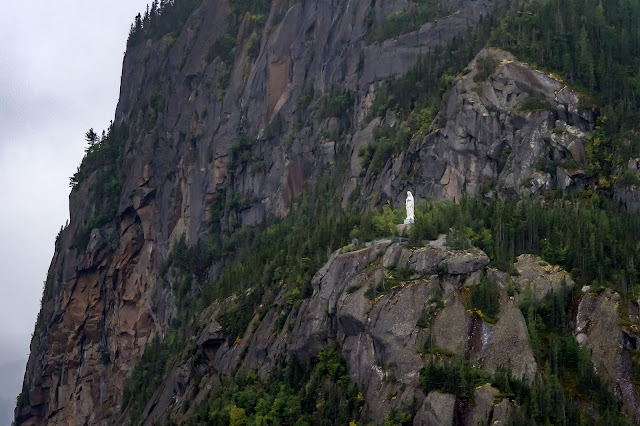 Another port and another tender. We watched the Labrador Air Safari 1975 Cessna take-off and land as NCL readied the tender boats. There was also a helicopter taking out sightseers that was interesting to view. Lots of action right off the dock. 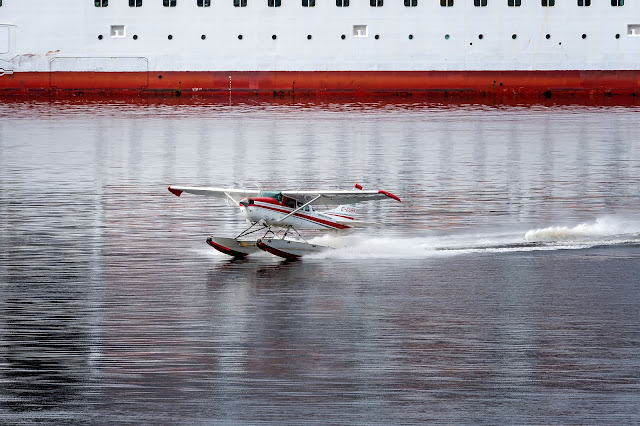 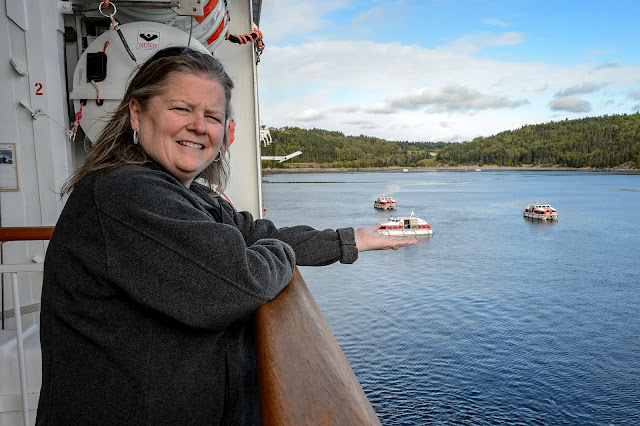 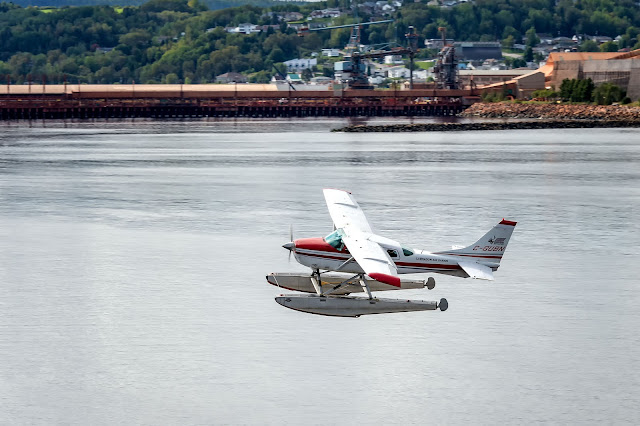 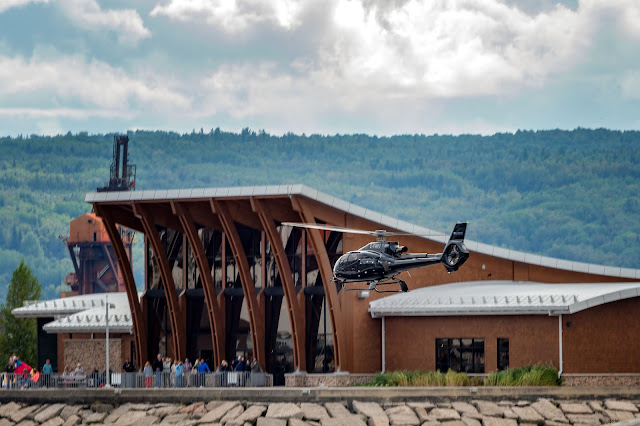 Onshore, we were welcomed by a circus troop! I thought about asking to join in the juggling but being that I haven't picked up any clubs in such a long time I just watched. We walked around enjoying the streets before our excursion. 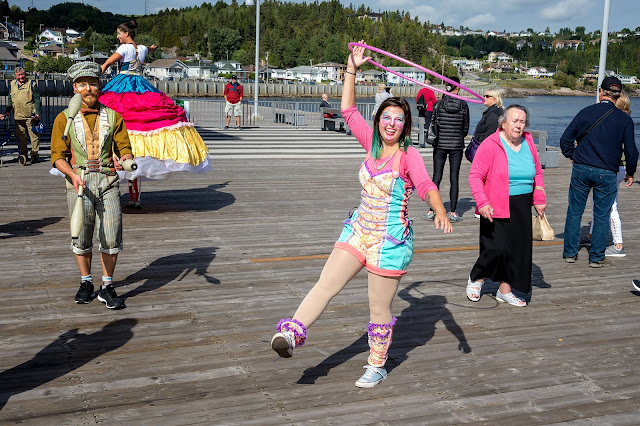 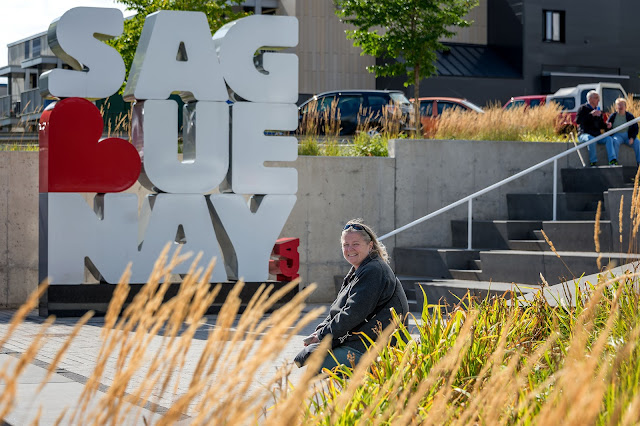 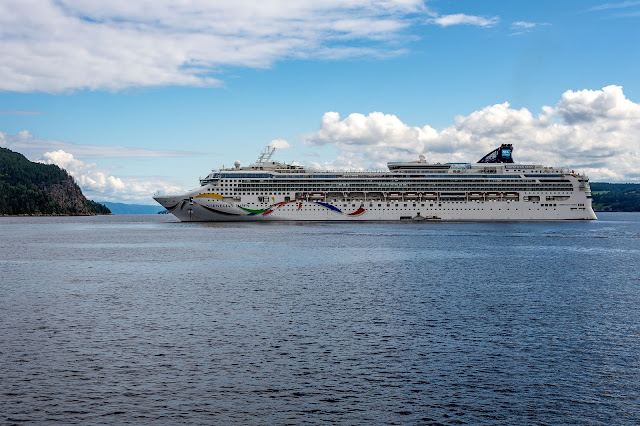 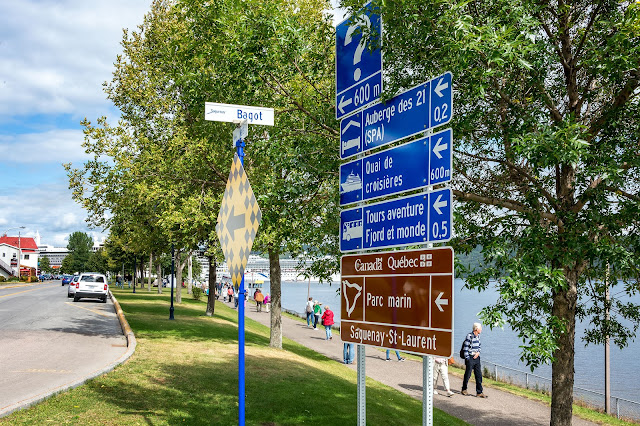 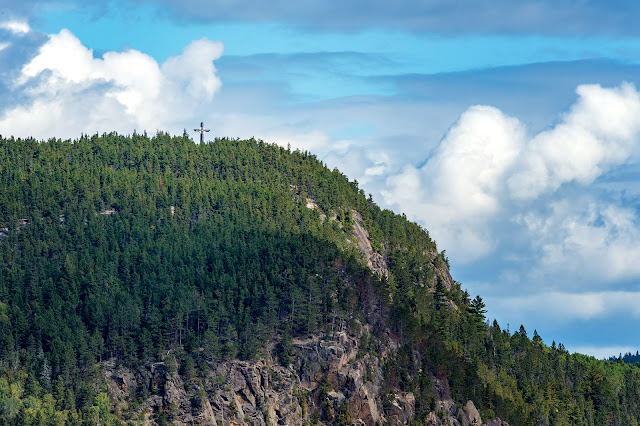 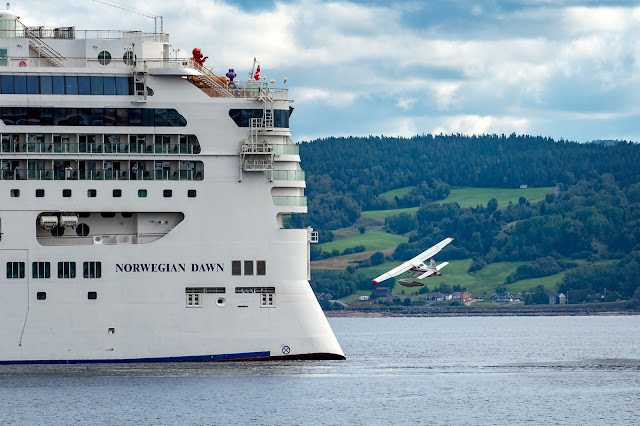 On to the tour bus we went. This would be the worst excursion we have ever experienced. The "Best of Saguenay" was a real disappointment. The tour bus we were on had advertising covering the windows which made it difficult to see anything and we were rushed at every stop. First up was the Musée du Fjord. They had some decent exhibits but when they tried to usher everyone into a movie theater I bolted for the exit. Peg said I made the right choice.  Outside I enjoyed watching Ha! Ha! Bay and training flights from nearby Bagotville military base. 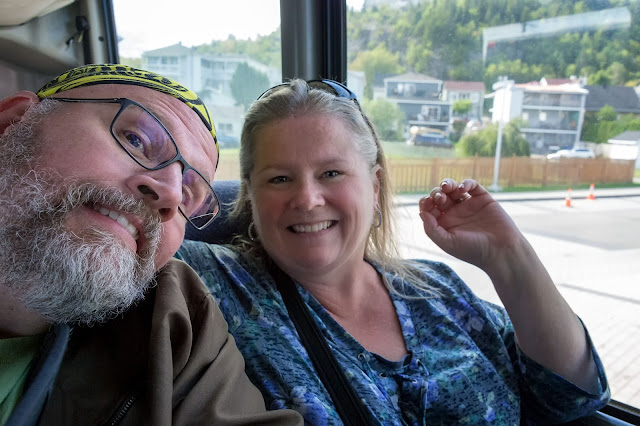 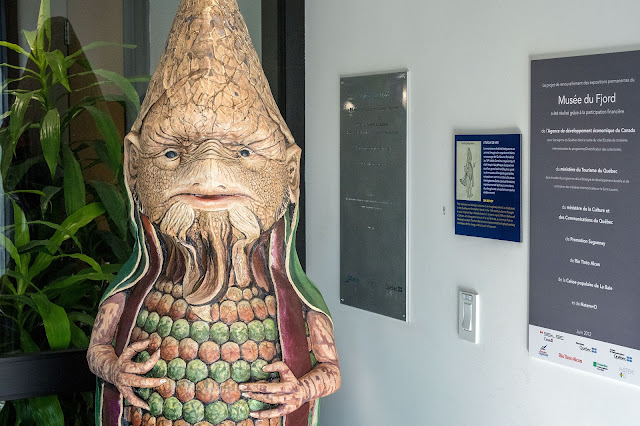 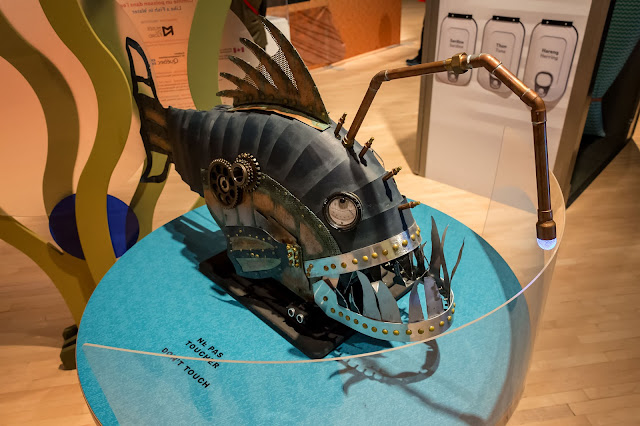 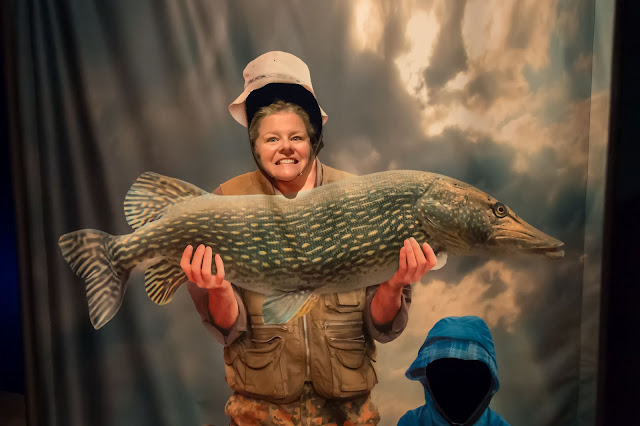 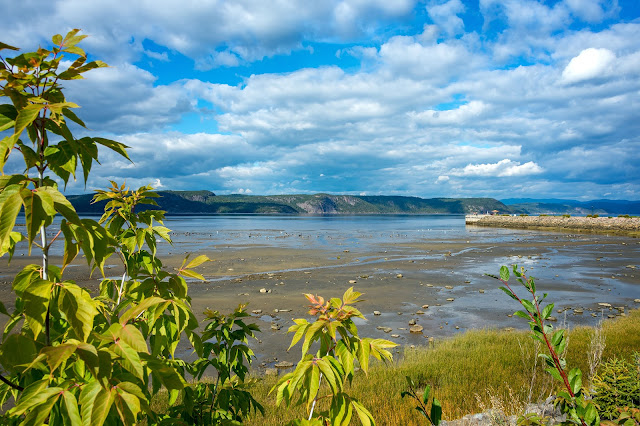 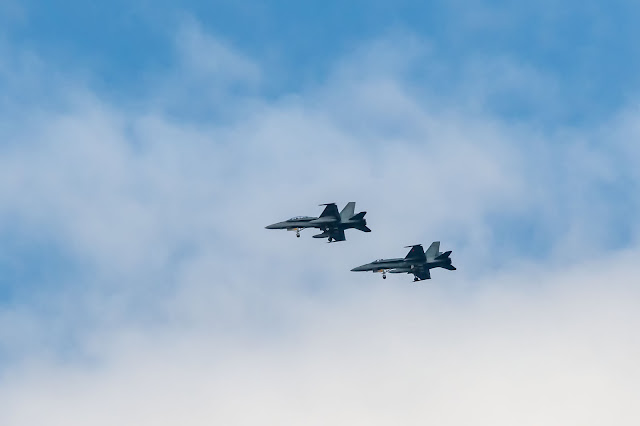 We quickly jumped back on the bus and were whisked away to La Pulperie de Chicoutimi. This site looked very interesting. The pulp mill started in 1896. The main museum building was built in 1921 and used to be the Mechanical Repair and Foundry Workshop. Many of the old buildings are being restored. Wait, what? You want me to sit through a lecture about some artist named Arthur Villeneuve when all this neat history is around us? No thanks. We bolted from the group to explore a bit on our own. I had to check out the old switcher locomotive out front. Saguenay Power #106 is 0-4-2ST built in 1923 by the Montreal Locomotive Works. 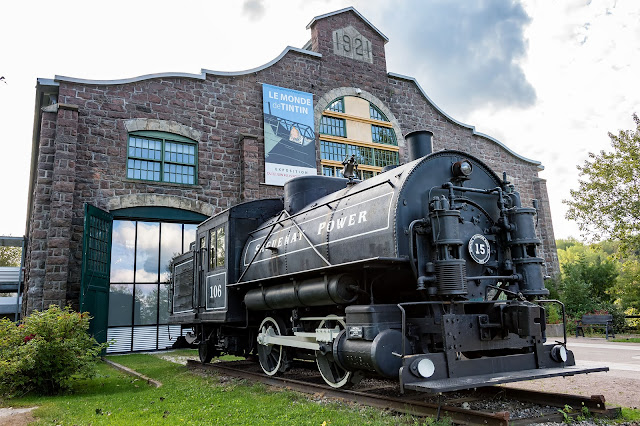 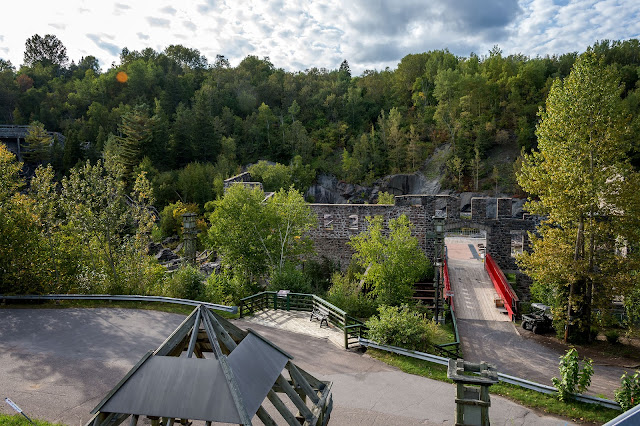 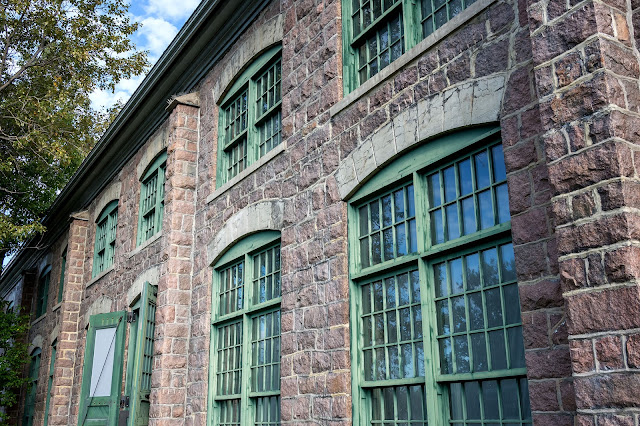 Quick, back on the bus. The tour guide points out a Tim Hortons. This has become a running gag for Peg and myself; how long before the guide points out a Tim Hortons. Bonus, did you know the Canadian McDonalds logo has a maple leaf in it? {sigh} We are off to an angora goat farm. Le Chevrier du Nord is a cute little family run farm. They are friendly people but not much to see. 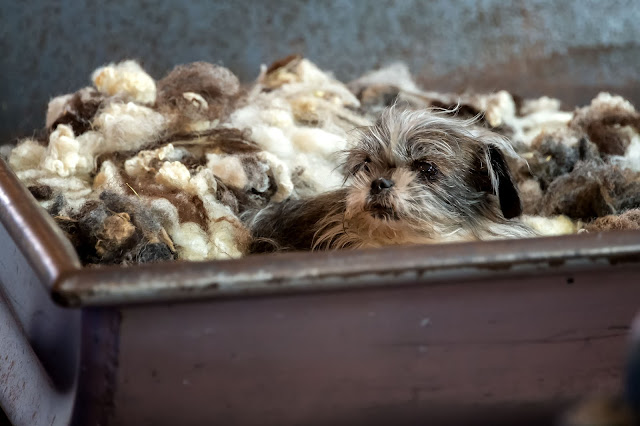 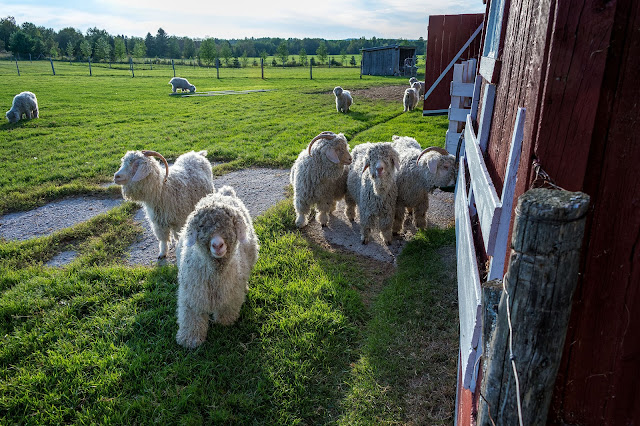 Even though the shore excursion was a bust, we still managed to amuse ourselves for most of the day. Check out many more photos over on my photo site: Bubba Harmon Imaging 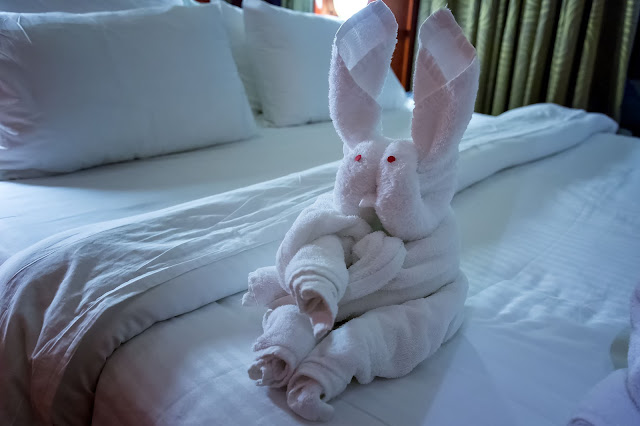 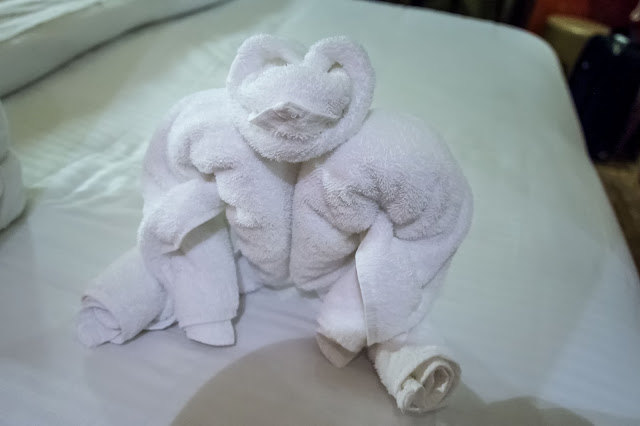