Labor Day weekend started off in grand fashion as Charles Town, WV closed the streets in order to have their 6th Annual Car Show. Every year this show gets bigger and better. The organizers do a fantastic job of getting everyone parked on the downtown streets and it is spread out enough that you don't feel too crowded. 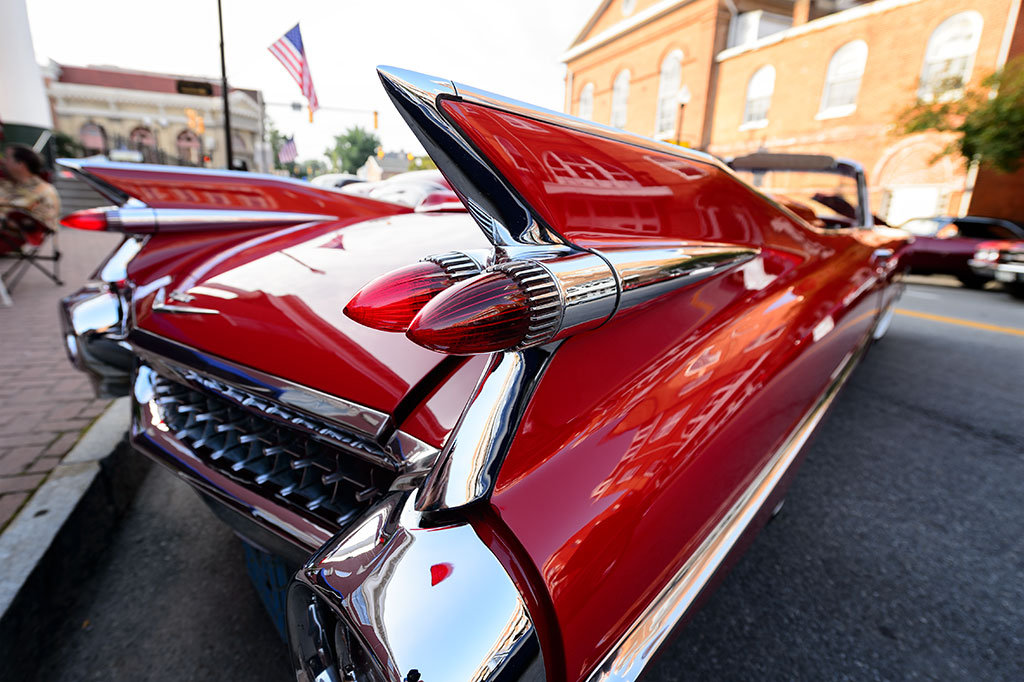 This year there was a bit of a time warp taking place as the organizers tried to reproduce a scene from a vintage postcard of Charles Town. It gave anyone with a camera the opportunity to make some incredible photos. These shots were taken by me of that scene and of course tweaked in Photoshop. 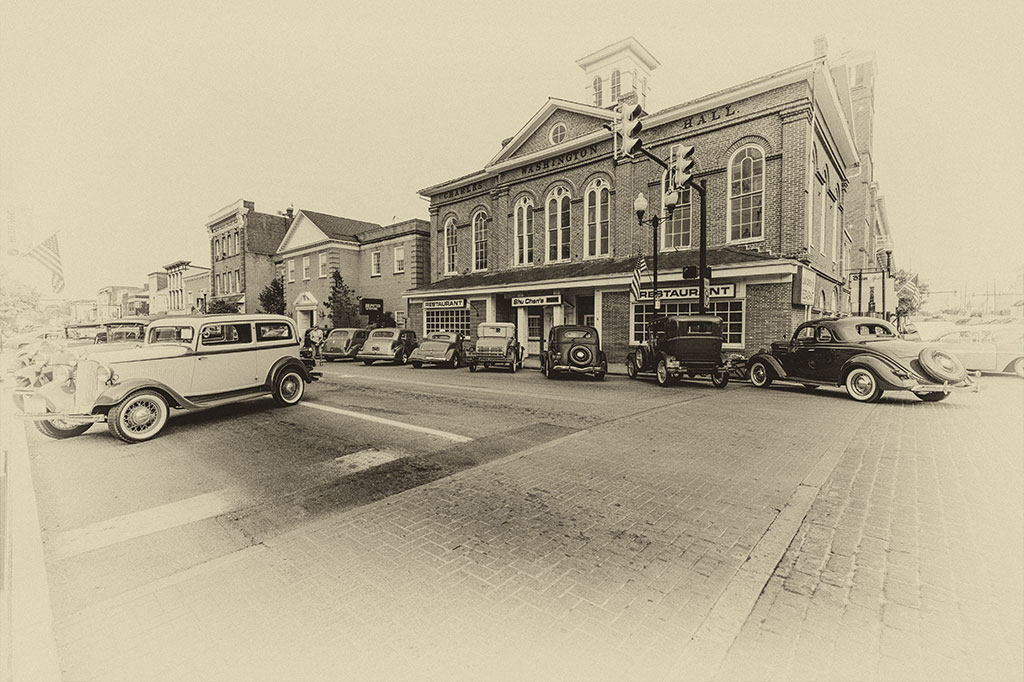 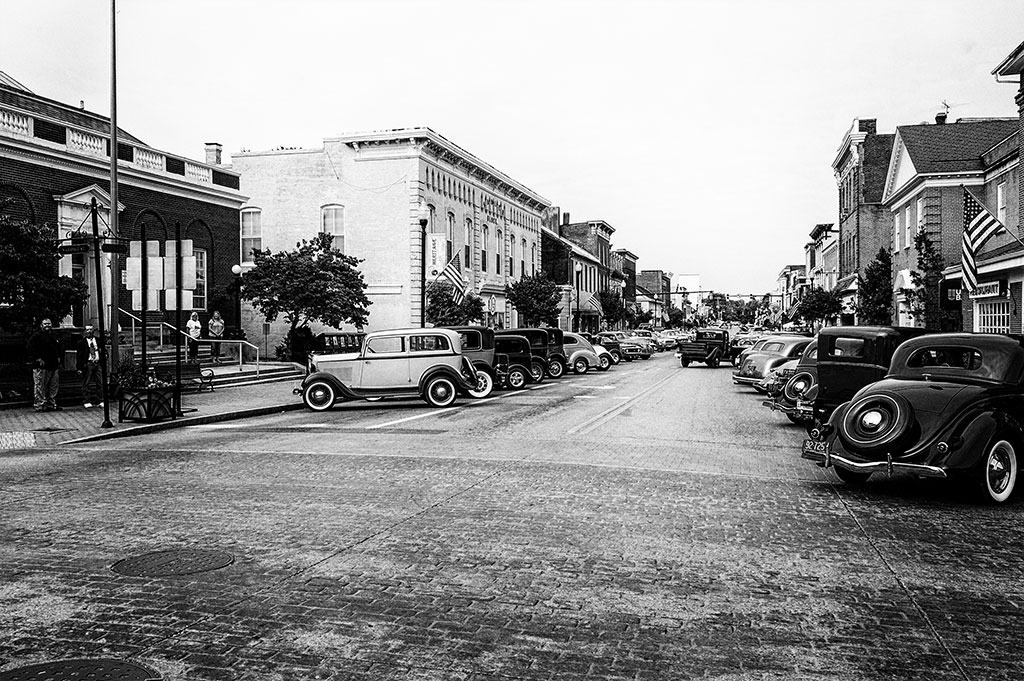 Many different makes and models of cars could be seen parked on the streets. I am partial to Cadillac so I was happy to see several older models. Andy Armstrong brought his 1960 Cadillac Eldorado and Iver Steele drove his 1954 Cadillac Series 62 Coupe to the Charles Town Car Show. 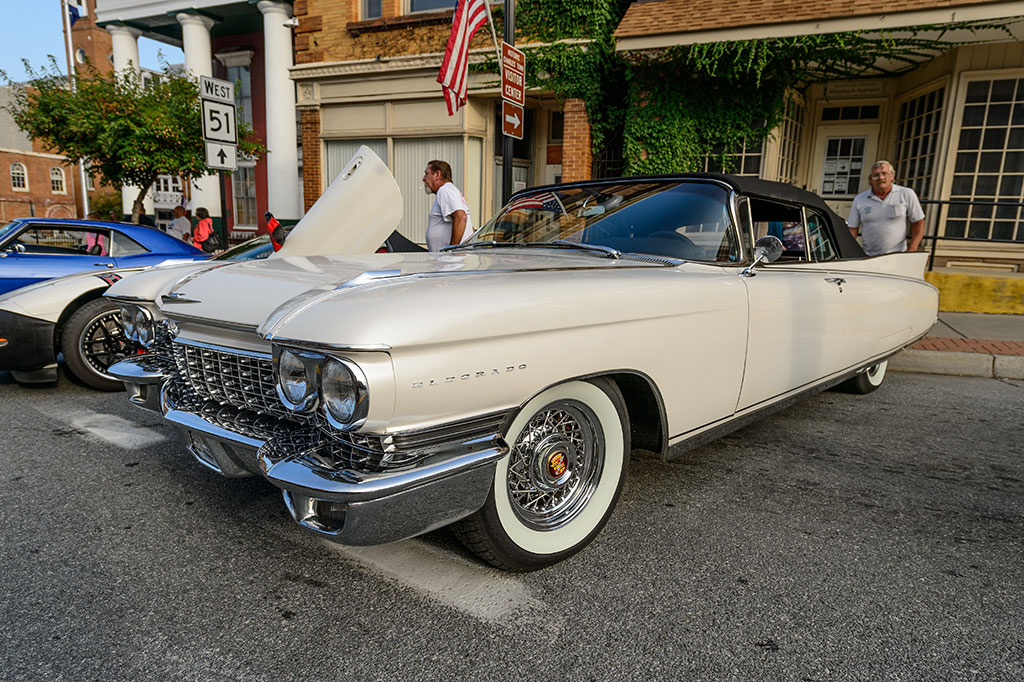 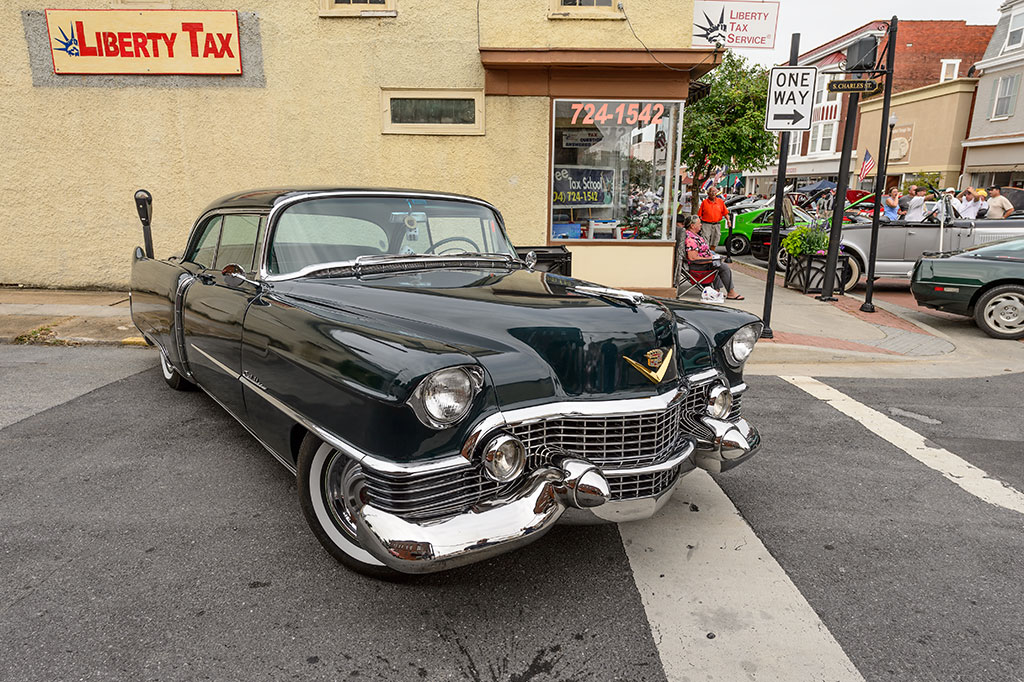 Ford trucks have found a home in Bubba's Garage but none like the ones at the show. One of the first that drew my attention was Bob Hiner's 1956 Ford F100. White and red made this vintage baby stand out. But the show was open to all years so it was no surprise when I saw Dan Sloan's 2014 Ford F150 "Tonka Edition". I really do like trucks. 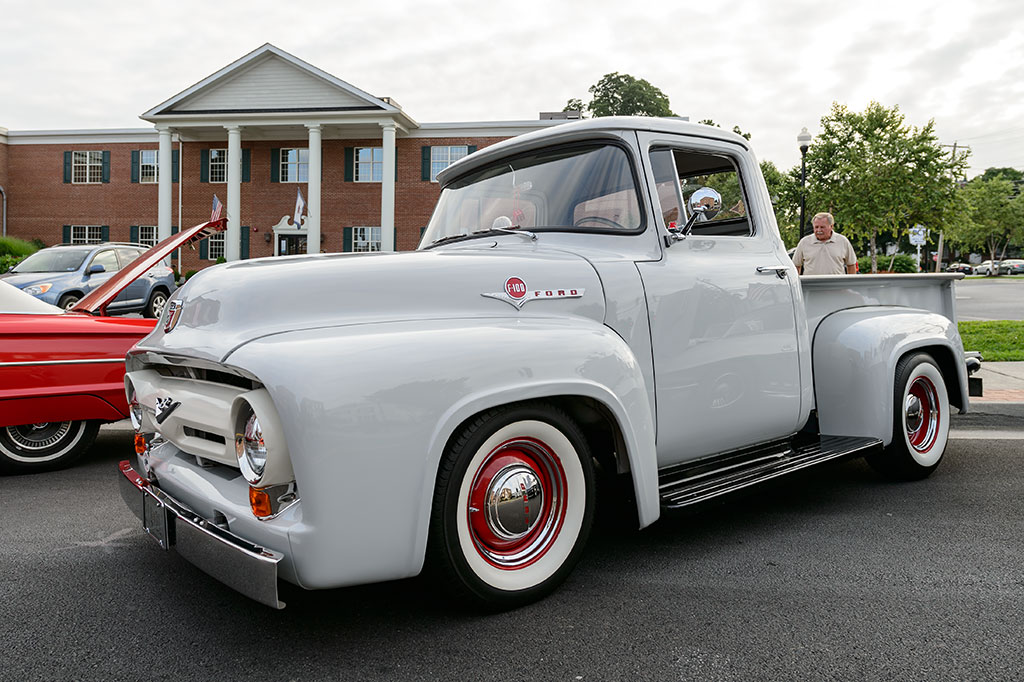 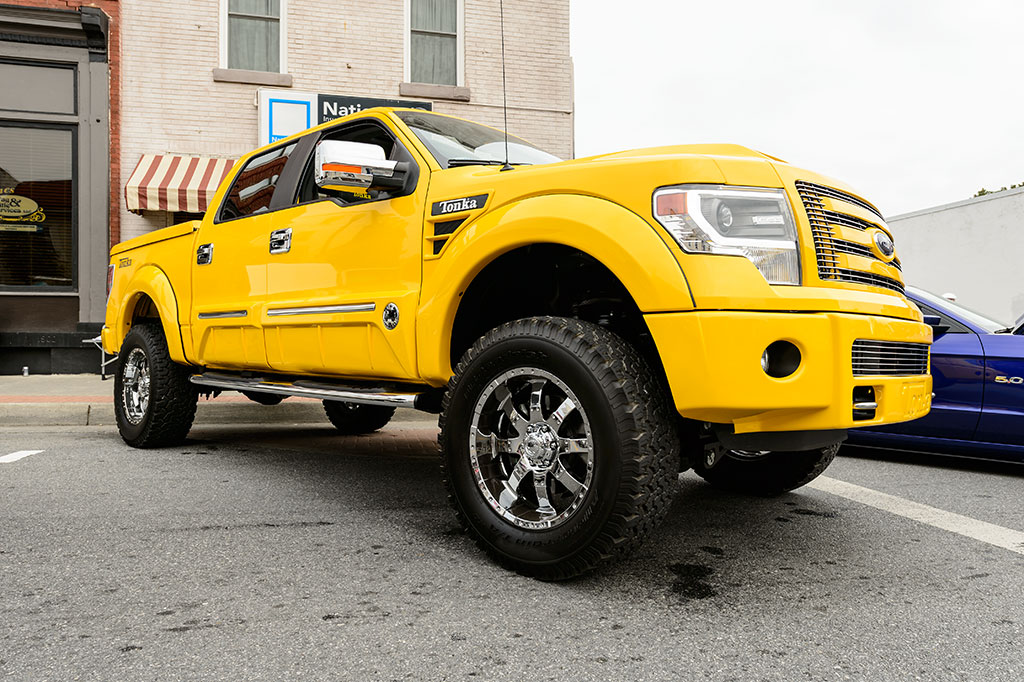 There were big Buicks like Ron and Elaine Bishop's 1953 Buick Super 8. 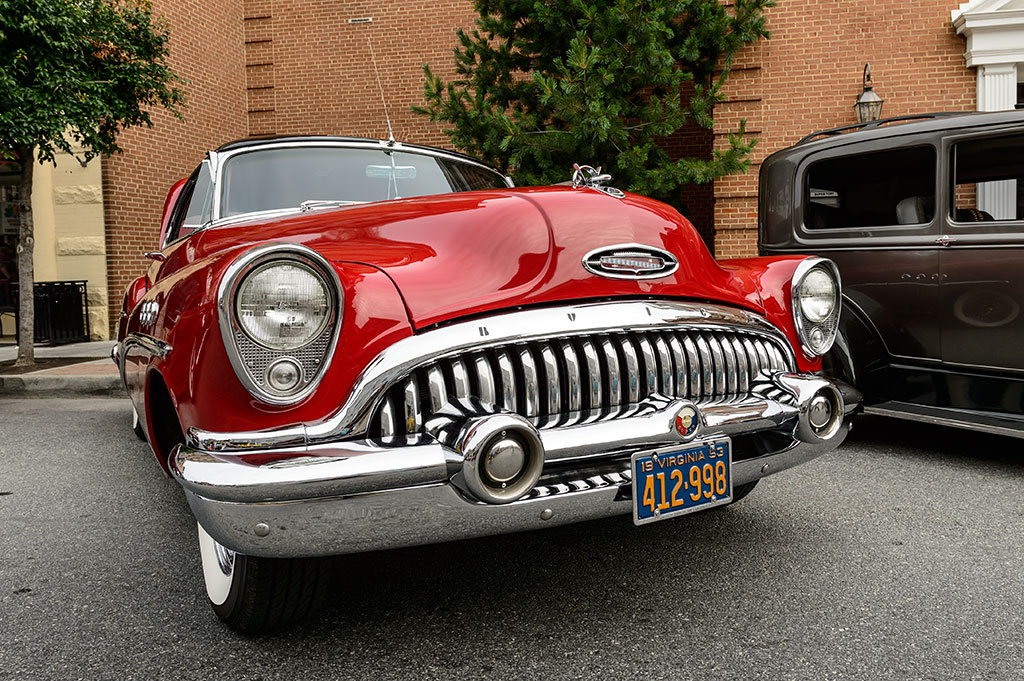 Plenty of Corvettes like Bob Poole's 1960 Chevrolet Corvette could be photographed in Charles Town on this Saturday. 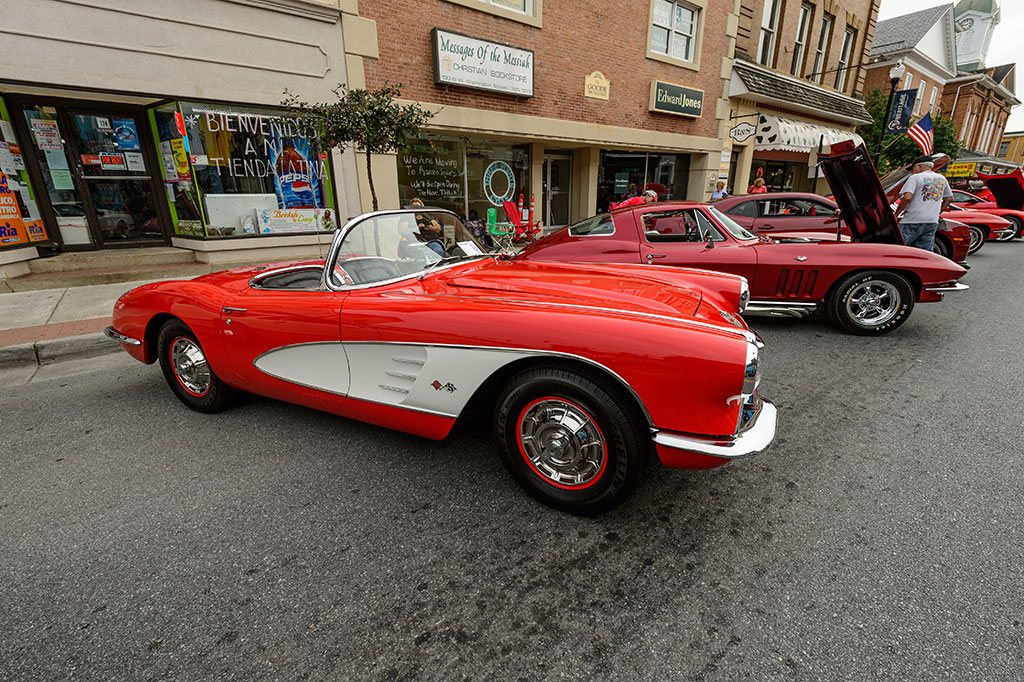 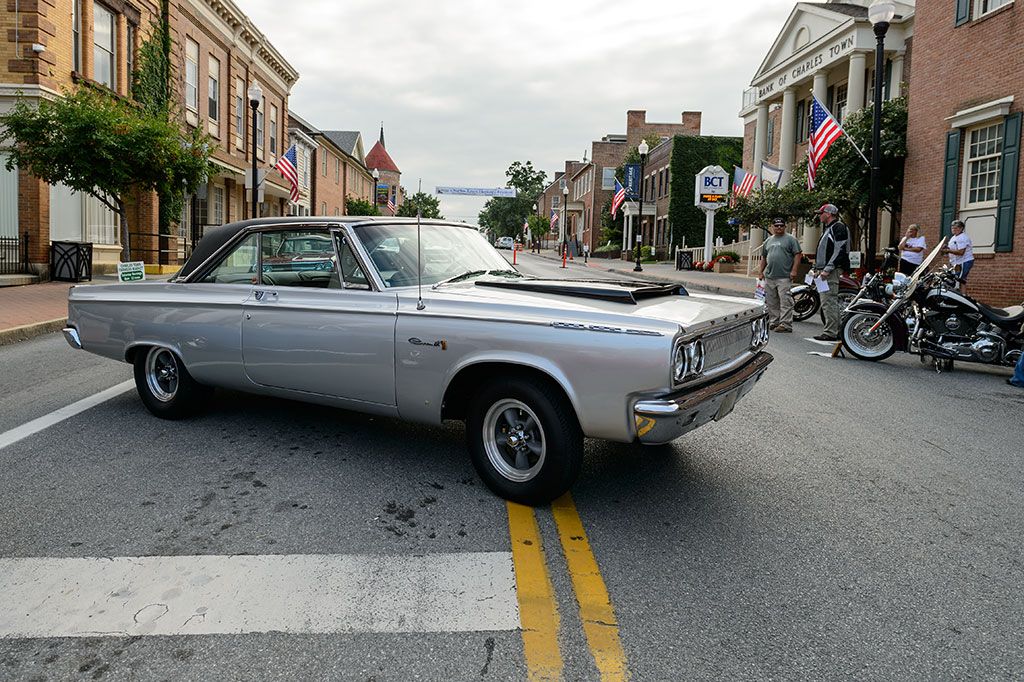 The family that drives together stays together. John and Theresa Shirley had their 1955 Chevrolet and 1966 Pontiac GTO. 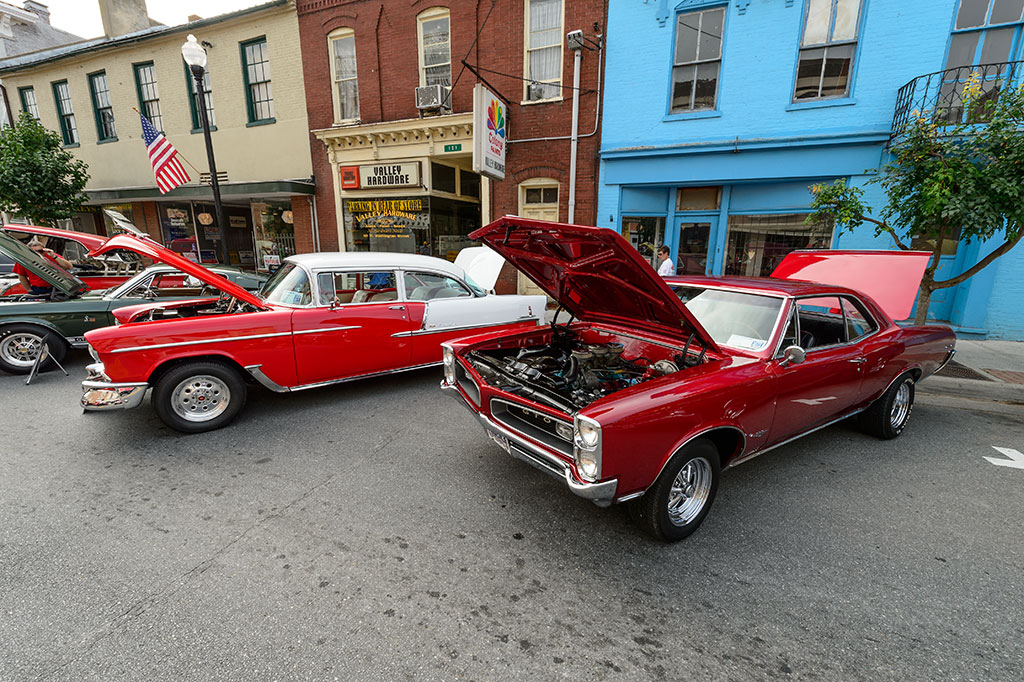 Charles Town still strives for that small town feel. It was nice to see the honor guard accompanied by the local high school chorus. The Washington High School chorus did a great job singing the Star Spangled Banner as well as other songs. 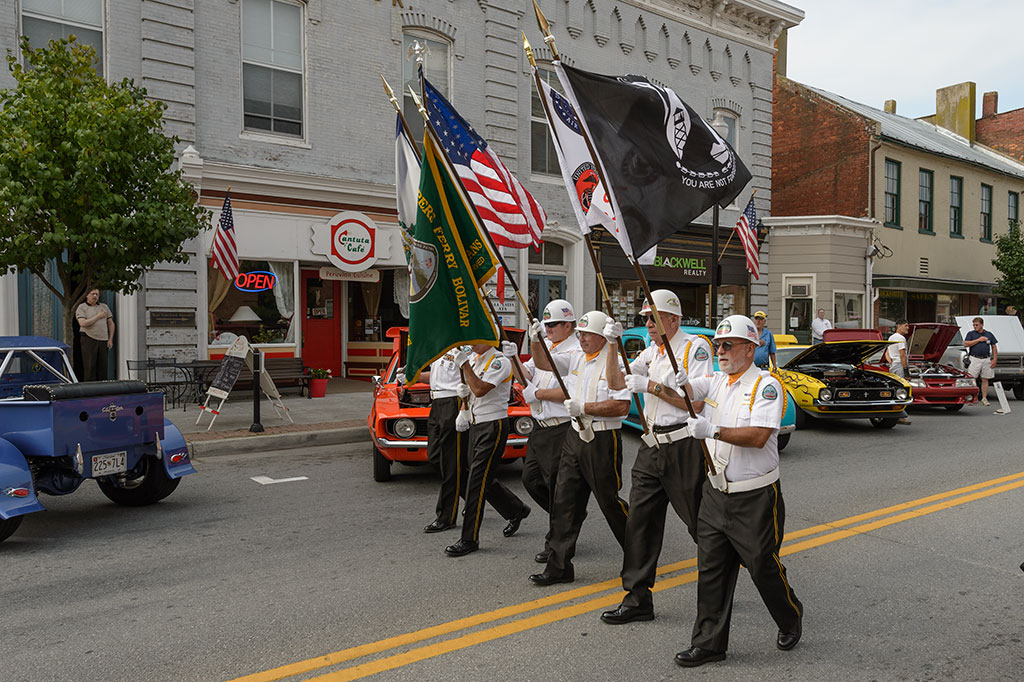 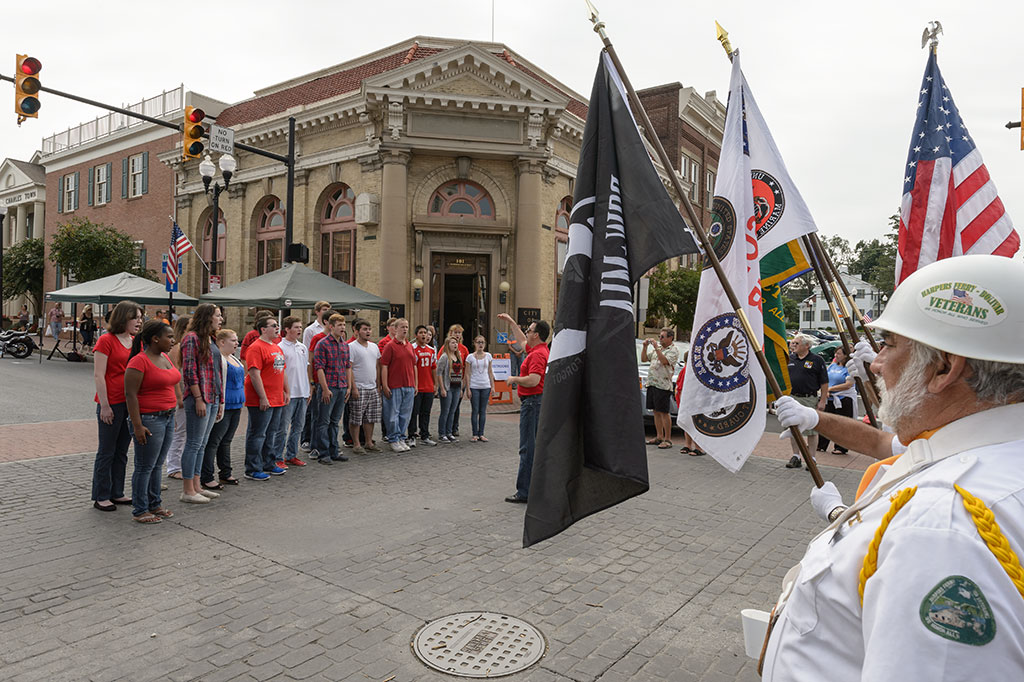 We had a great time at the Charles Town Car Show this year. Make sure you put it on your calendar for next year. Also, check out more of our photos of the show over on our photo website: BG Customs Photography