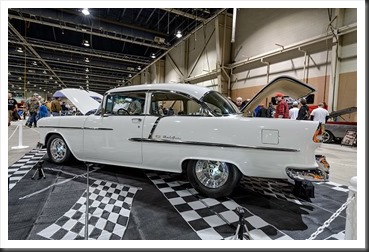 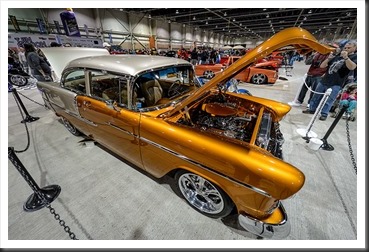 Do you try and pick a favorite at car shows? My favorite on the Rod and Custom side of the show floor was Mike Garner’s highly detailed 1963 Chevrolet Impala SS 2 door hardtop. With its Saddle Tan interior it just screamed “hop in and cruise!” 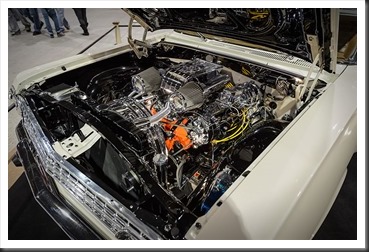 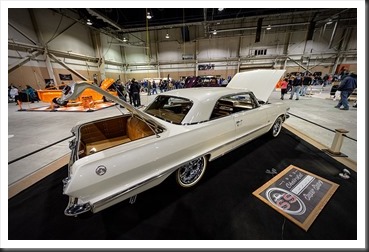 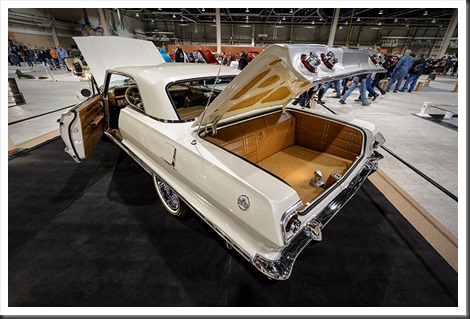 Of course my wife continues her love affair with Nash Metropolitans. “Nashty 1”, a 1955 Nash Metropolitan owned by Richard and Kenny Sexton, with its 327 Small Block Chevy and 350 Turbo transmission would definitely mean more speeding tickets for her if she owned it. 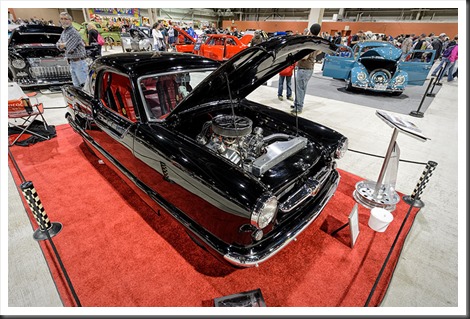 Bright blue cars tend to stand out in the see of blacks and whites at car shows. This 1932 Ford Tudor and Elmer Hamm’s 1968 Mercury Cougar display very nicely. 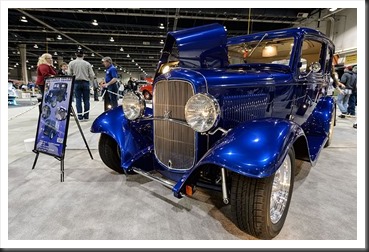 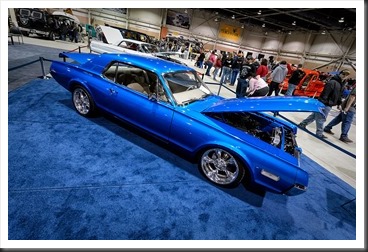 If you are going to tow your show vehicle why not show your tow vehicle as well? Kirby and Krista Martin’s 1975 Chevy Crew Cab Dually was fully bagged ridding on an Air-Ride suspension and sporting 22” Alcoa wheels. Nice! 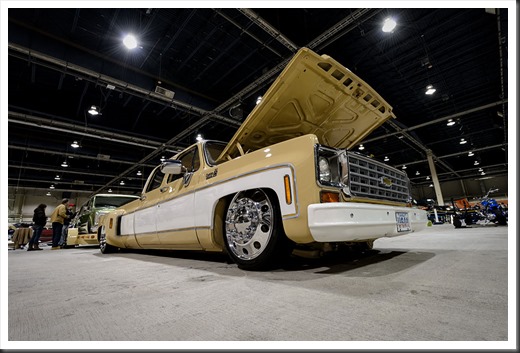 There was a large gathering of custom vans at this year’s Motorama Events. A couple included the comical 1975 Dodge “Jolly Green Giant” and Ed Beard, Jr.’s 2000 Dodge B1500 airbrushed rolling art. I think Ed needs to let his driver retire; he is looking a bit old. Oh, please don’t tell me that’s Ed! 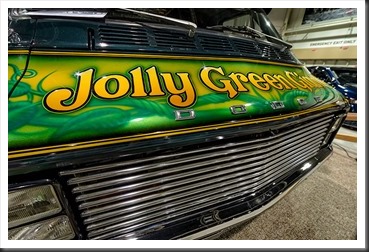 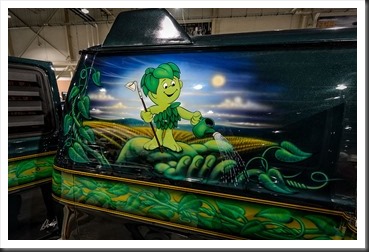 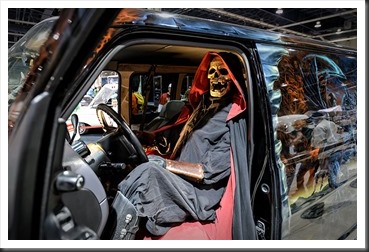 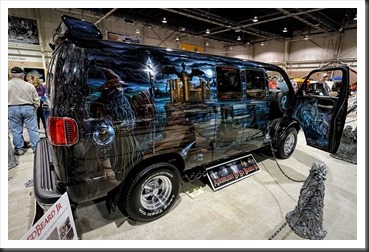 Motorama Events, being a family show, had things for all ages to do and see. You could build a model. Maybe you would enjoy watching a mountain bike stunt show? Why not try your luck at the carnival style arcade games? Or, maybe take an R/C car for a spin. Motorama really is a great show. 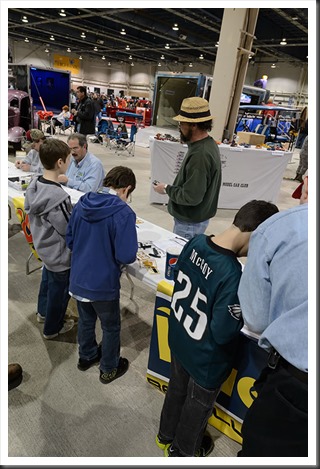 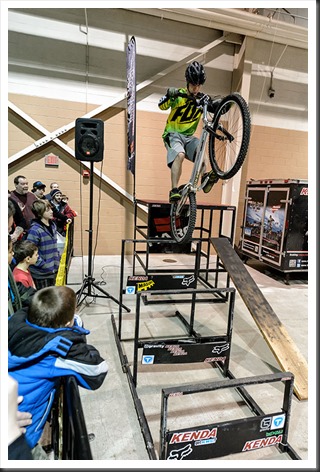 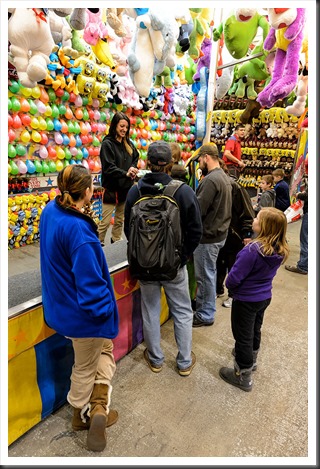 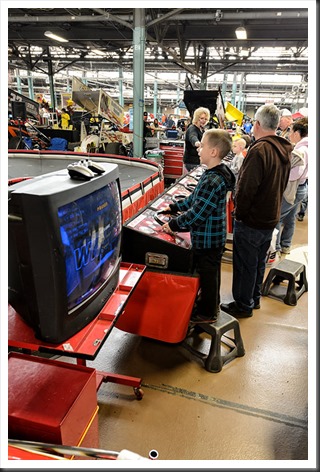 If you want to draw a huge crowd of guys just add pretty girls in bikinis! The crowd for the bikini contest at the North Hall Stage was massive. Even the little guys seemed interested in checking out the cuties. 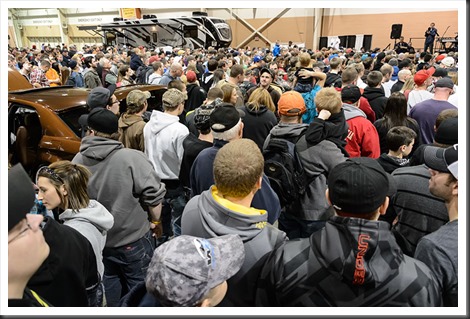 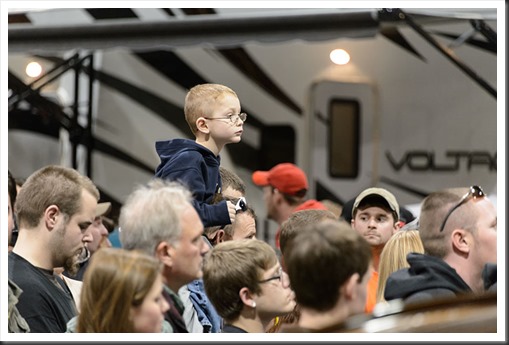 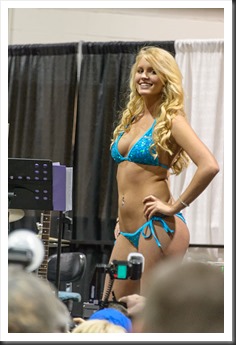 One of the things that I like to do at car shows is shop for ideas. Right now in Bubba’s Garage we have my mini truck waiting for an interior makeover. Say what you want but I am a sucker for LEDs and neon. Mark Pantalone’s 2007 Dodge Magnum SXT had tons of green glowing lights inside and out. Shades of blue and red oozed from John Moser’s 2008 Ford Mustang. 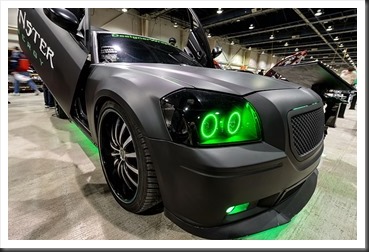 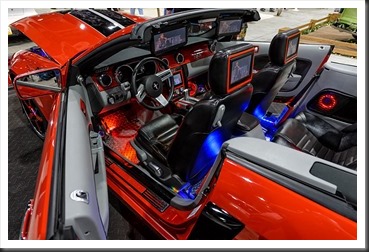 For the complete tuner package you didn’t have to go any further than Viruet Abiel’s 2001 Pontiac Firebird. There isn’t a panel or a system that hasn’t been touched on his ride. And just in case you think it is all show and no go this puppy is packing a turbo plus nitrous for 696 RWHP! 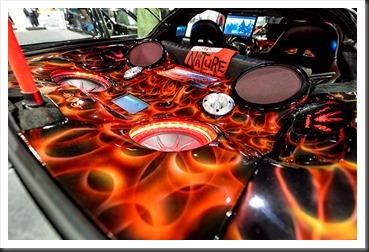 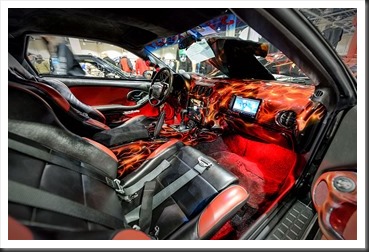 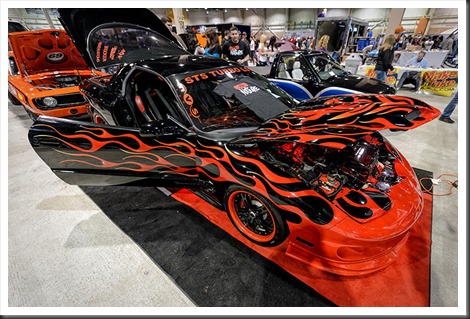 Just when you think you have seen all the show cars it’s time to head over to the other side of the Farm Show Complex for the Speed Show. The Speed Show offers up race cars and off-road vehicles for you to enjoy. 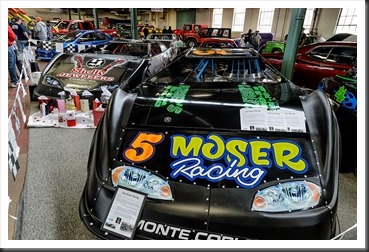 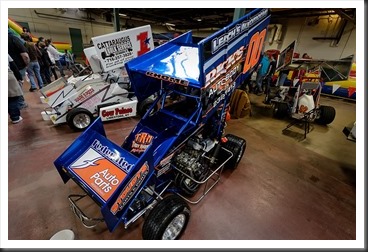 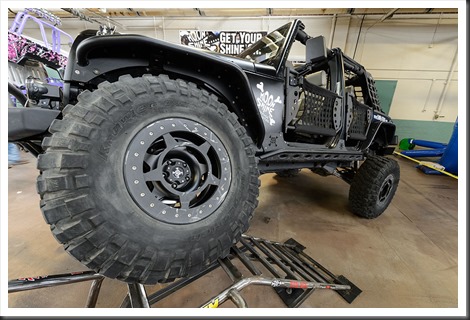 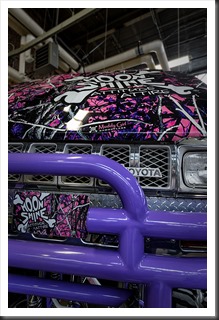 While the crowds might be a little tough to handle at times it is worth checking out Motorama Events. We have a few more photos available over on our photo site. Surf on over to BG Customs Photography http://photos.bgcustoms.com