Wow, Deadwood was such a disappointment. I had visions of an old west town with tons of history. We started out with a great breakfast at the Lee Street Station Café were we got our bearings and planned out the rest of the day. Being that it was the day before the 130th anniversary of Wild Bill Hickok’s shooting, the first order of business was to head over to Mount Moriah Cemetery where Wild Bill is buried. The problem with the cemetery is they are replacing most of the headstones with modern polished ones. I understand vandals have destroyed most of the old ones but you think the cemetery would at least replace them with replicas.  For the $1 entry fee you do get to see the best view of the town. 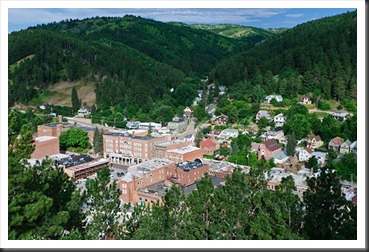 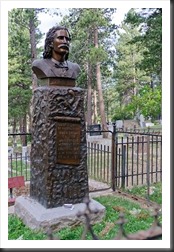 The next bit of site-seeing was a bit better. We had our own private tour of the Broken Boot Gold Mine. The tour was short but there was just something that stirred my inner child in those dark passages. They do the spooky “all they had for light were candles” and then I blew out the candle. There is a bit of B Movie trivia, the HBO series “Deadwood” story, and at the end of the tour you get your share to the deed of the mine. Good cheesy fun. 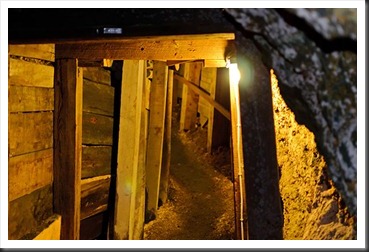 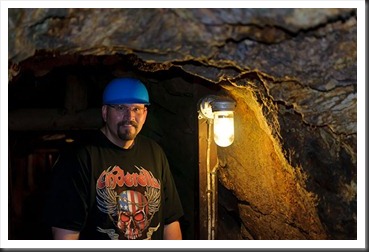 Back to the main street we went to do some shopping.There are a couple of nice shops with Black Hills Gold and Native American Art but most of the place is touristy t-shirt shops. We stopped at Nelson’s Garage Car Museum which is in the Celebrity Casino. They have a small collection of movie props, motorcycles, and cars. Nothing special but it was free. Peg dropped $5 in quarters into a slot machine. She didn’t win. 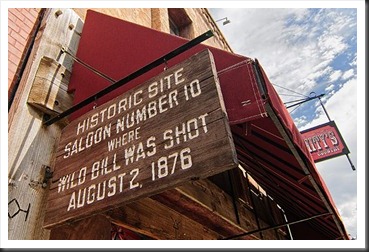 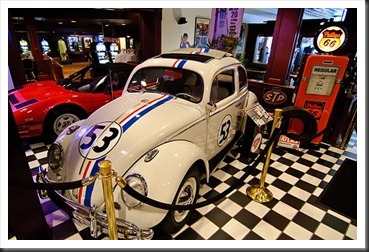 We did find a nice surprise waiting for us in the basement of the Lucky Nugget Gaming Hall. The Northern Hills Railway Society has a great model railroad display. Drop a quarter in the box and the display comes to life. Ah, I feel like I am getting younger by the minute. 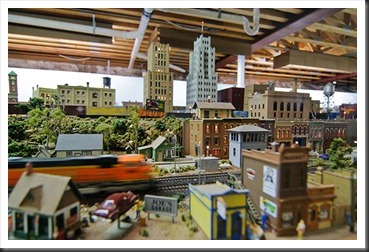 For lunch we decided to go to Boondock’s Diner just outside of Deadwood. Just about everyone in South Dakota has an old car collection and Boondock’s wasn’t any different. We had burgers and chocolate malts at the counter and smiled ear-to-ear as we listened to oldies on the sound system. 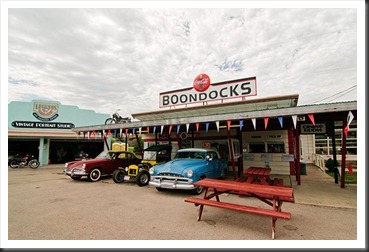 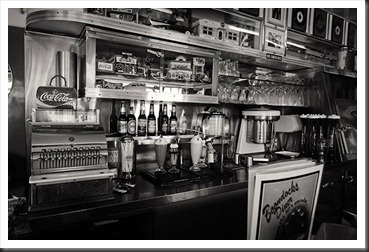 While we were driving to Boondock’s we noticed a chocolate store on the side of the road. Chubby Chipmunk Hand-Dipped Chocolates makes “truffles to sigh for.”  They aren’t cheap but they truly are worth it. A 6-pack followed us back to our motel. Right next door to the Chubby Chipmunk is a cool antique store. We spent some time rummaging through the aisles. Peg was happy because she found PEZ. 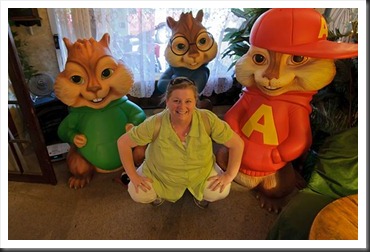 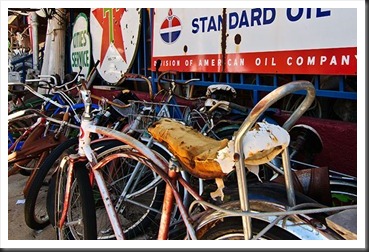