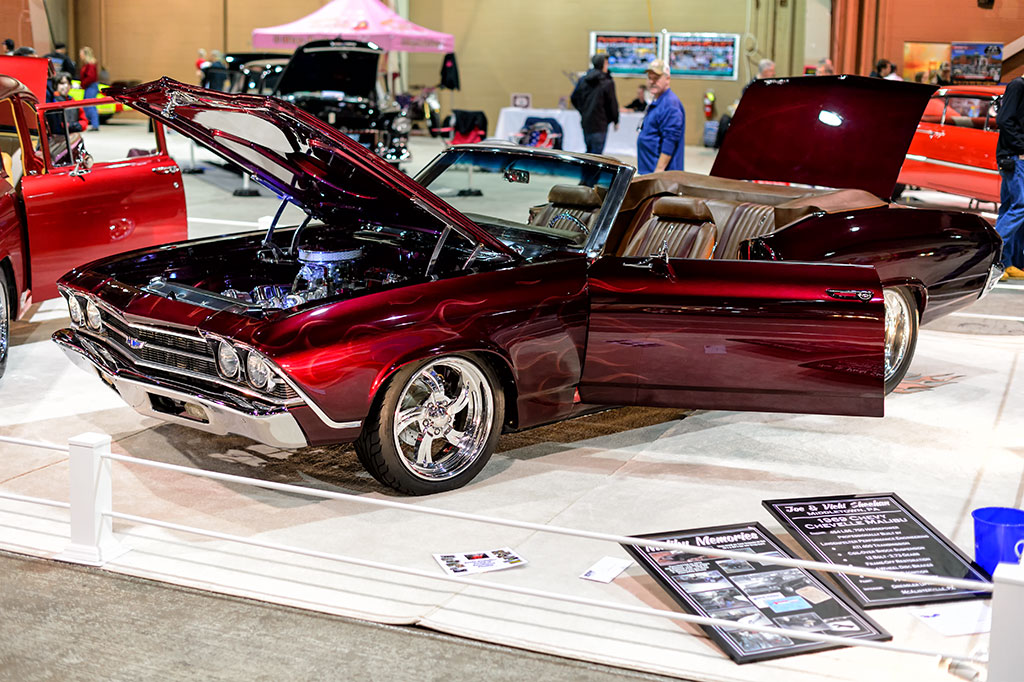 The Sheehans also had their Candy Apple Red 1955 Chevy Sedan on display. It's powered by a GM Performance ZZ 383, Muncie 4-speed, and a narrowed 12 Bolt with 4.11 gears. 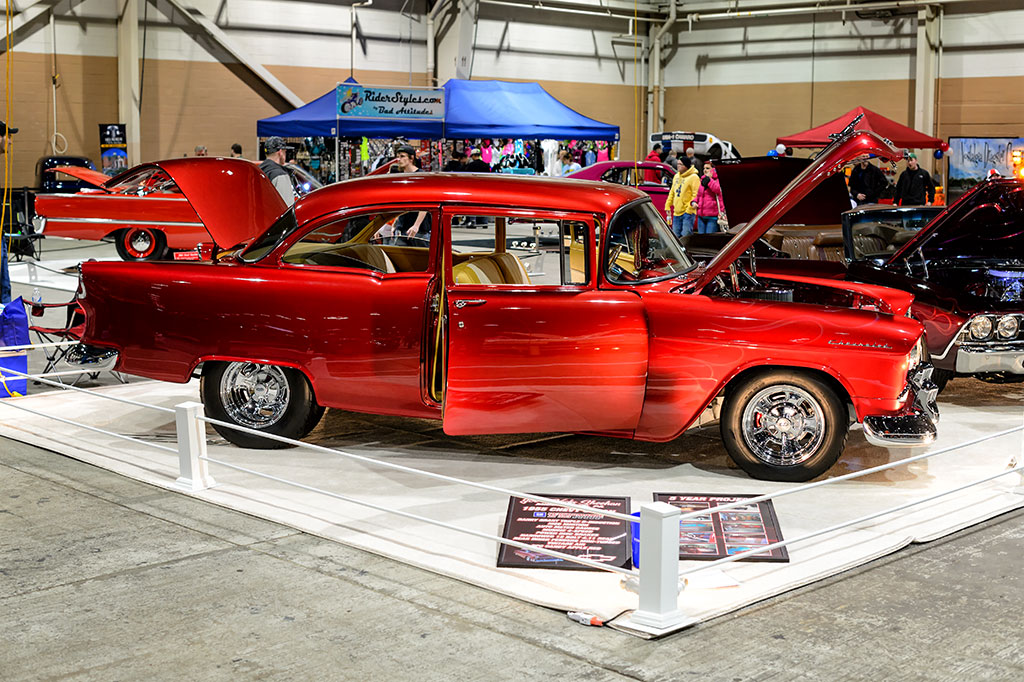 There were plenty of beautiful engine bays to marvel at such as all the shiny parts on Michael Gardner's 1963 Chevy Impala. Over in the Tuner area were many nice rides as well. I really liked the look of David Corkle's 2007 Nissan 350Z. The carbon fiber hood pairs nicely with the matte light blue wrapped body. 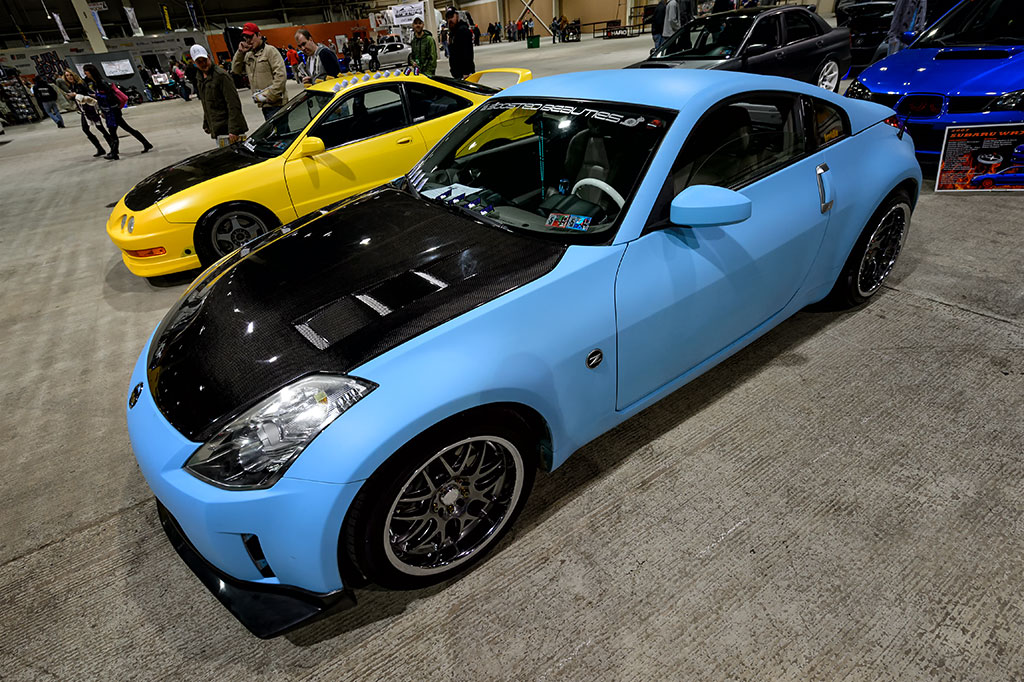 I have to give a shout out to local boy Brandon Amato. Brandon had his 2013 Mitsubishi Lancer Evo on the show floor. 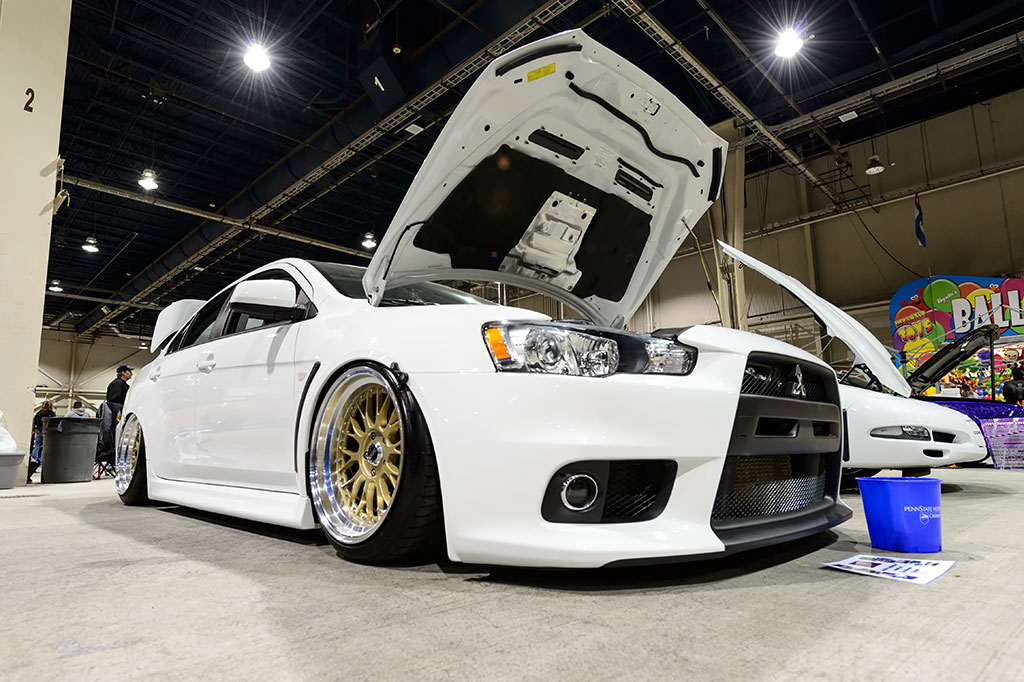 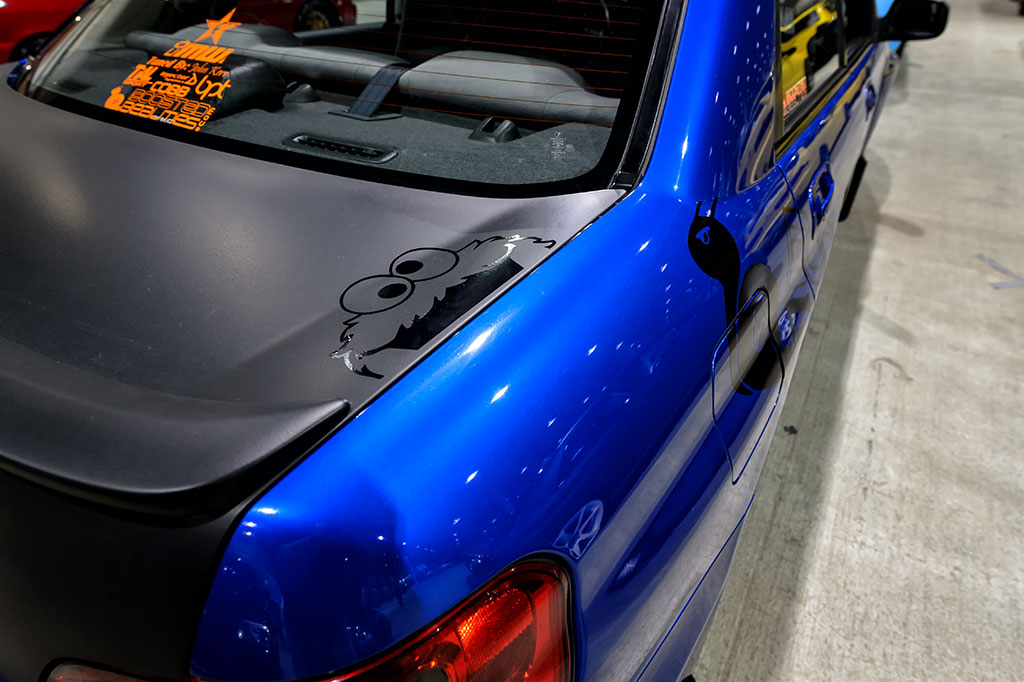 The wife and I were able to spend some time chatting it up with Brett "Big Schwag" Wagner. You may know Big Schwag from the voice on Monster Garage or Pass Time. Brett is a great guy and hopefully we will be seeing some of his new projects on the air soon. 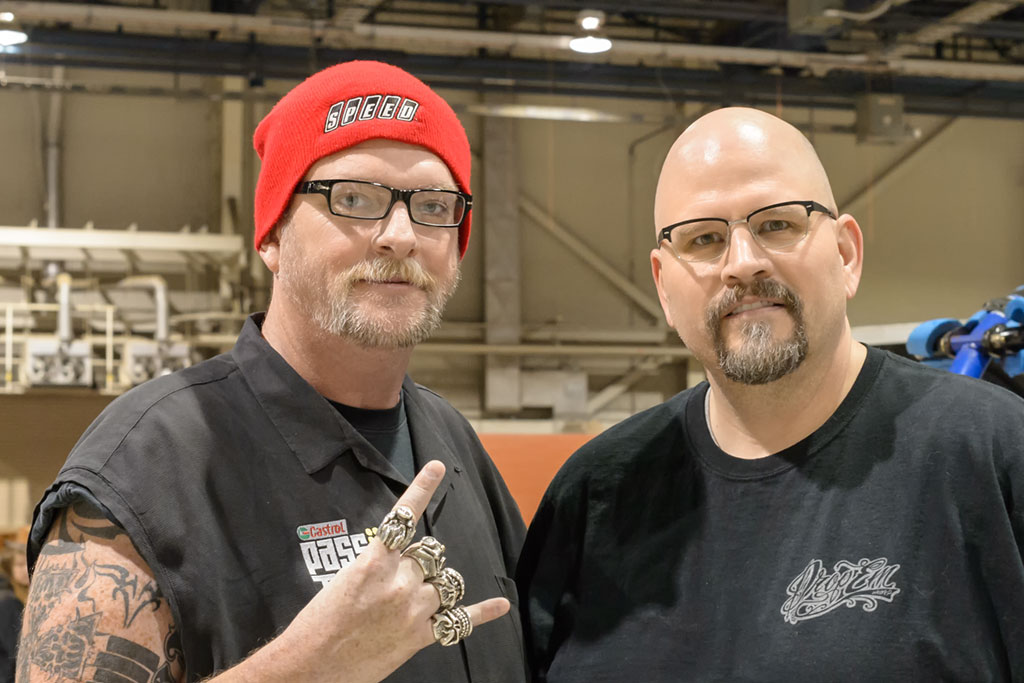 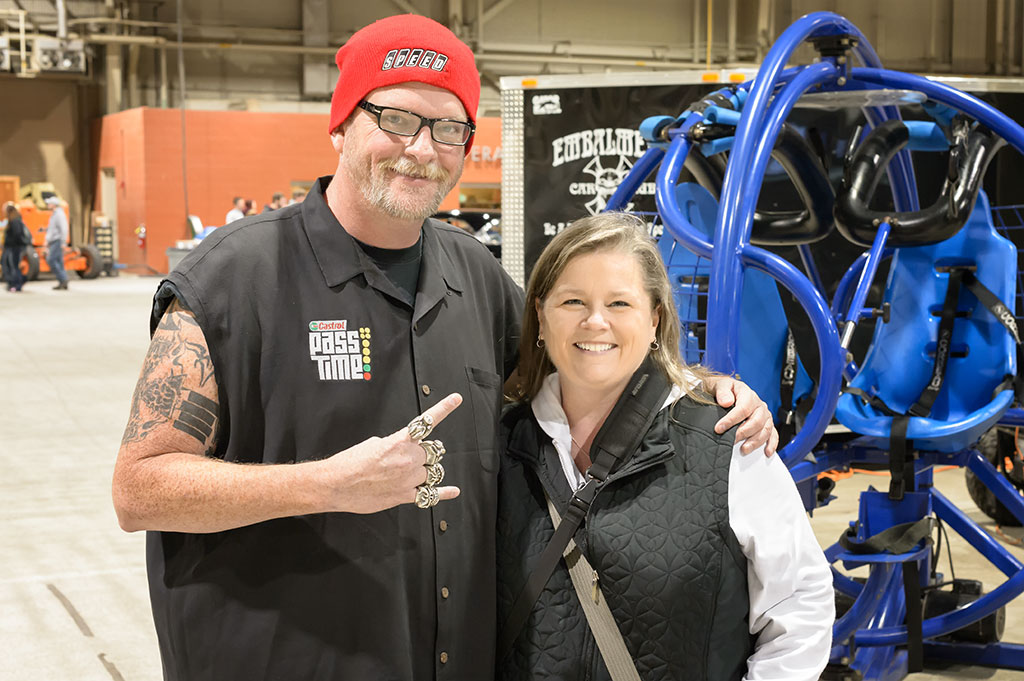 There were a number of vintage looking race cars at the show. The 1969 Frantic Ford, driven by Rocky Pirrone, was front and center for the Motorama car show. 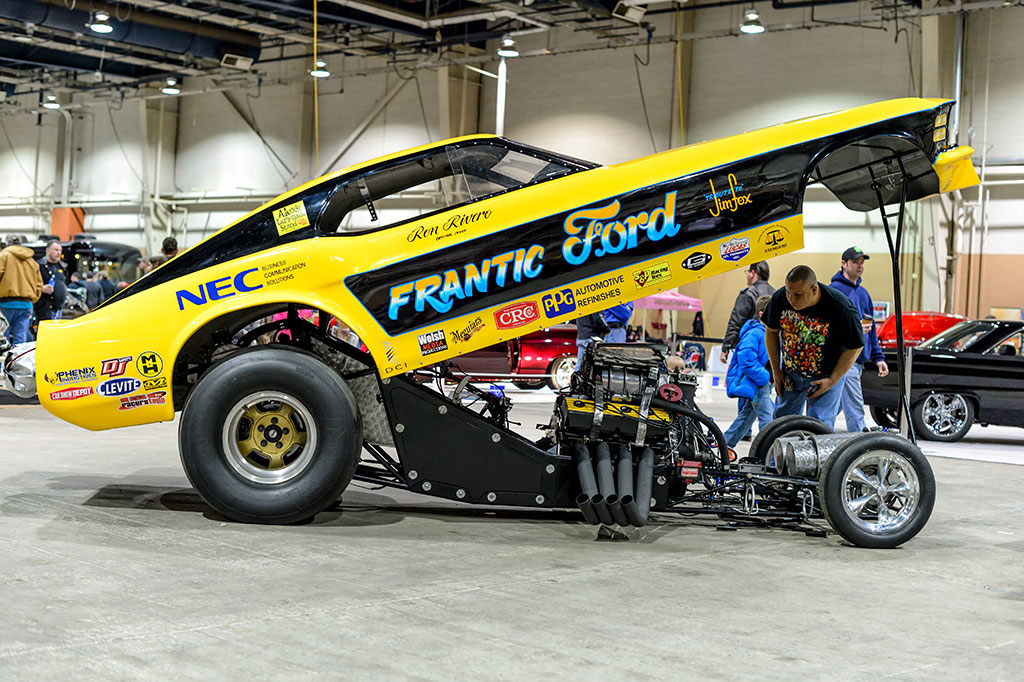 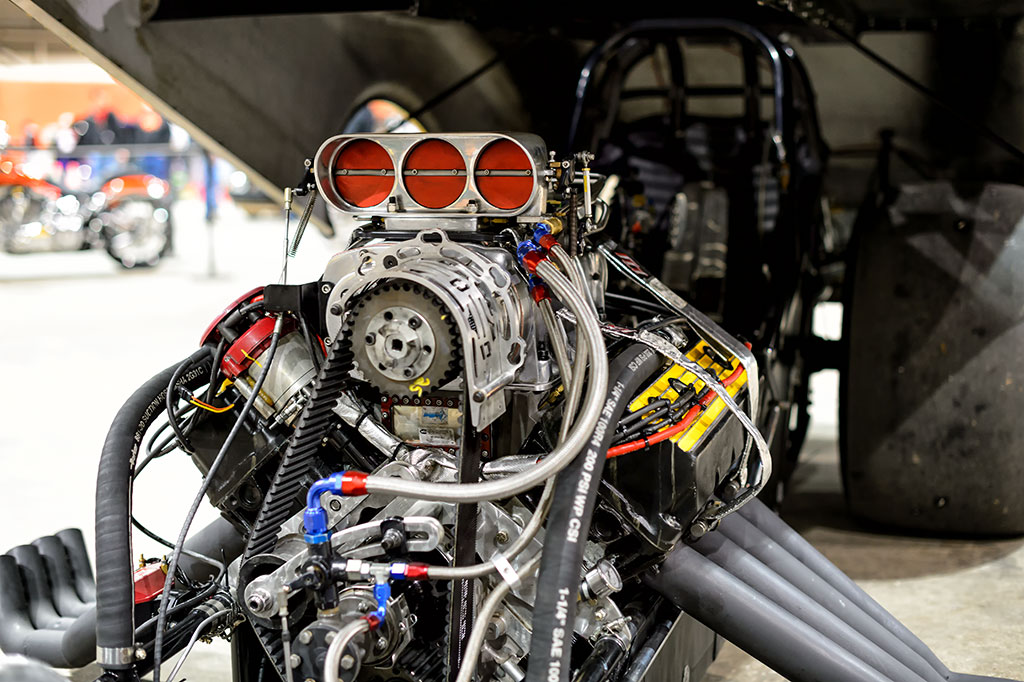 It's nice to see girls participating at these shows. Check out Brandy Blevins' sweet pink and white 2008 Suzuki GSXR 600. 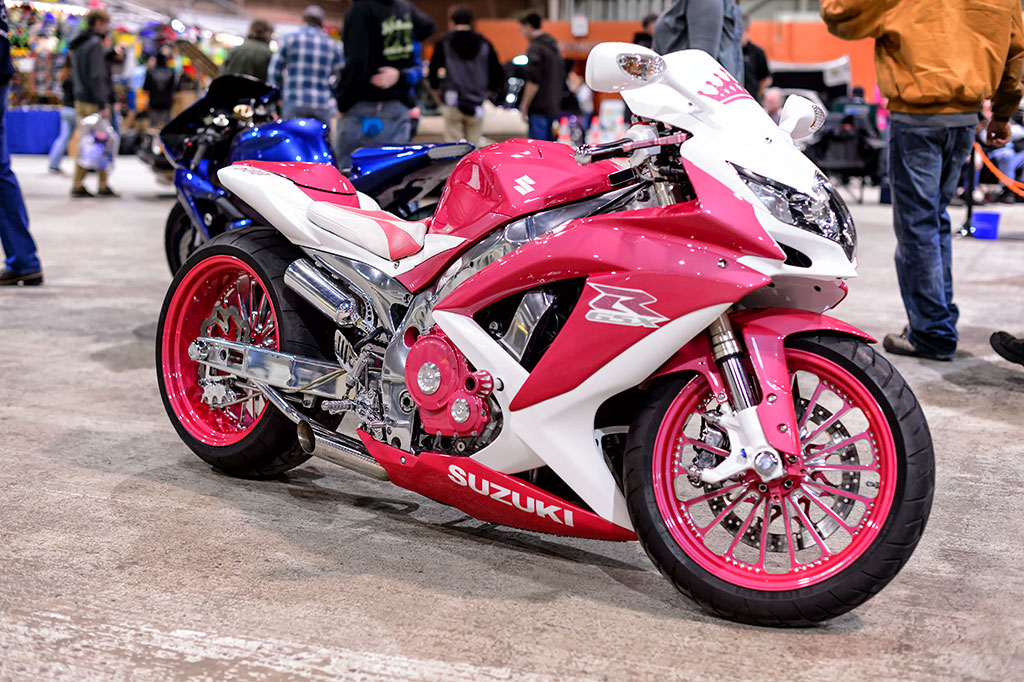 Speaking of sweet rides, there were 3 Hershey's Kissmobiles under the Motorama roofs this year! 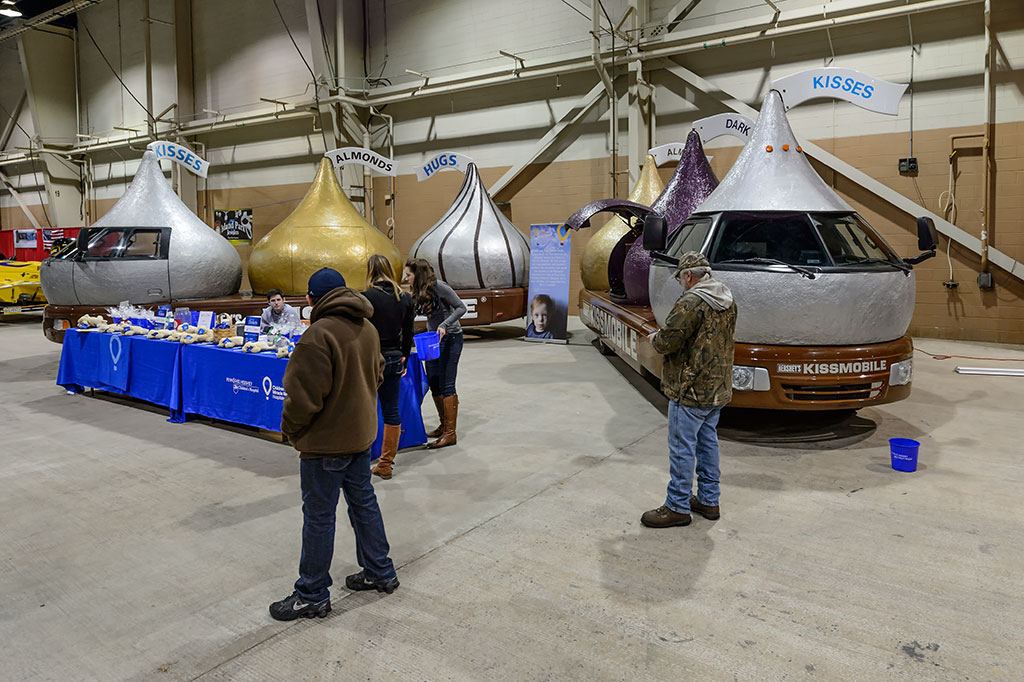 What would be your ultimate grocery getter? How about the Shopper Chopper? This giant shopping basket is Almost 10' tall and over 12' long. It's powered by a small block 350 with a TH350 tansmission and seats 6. 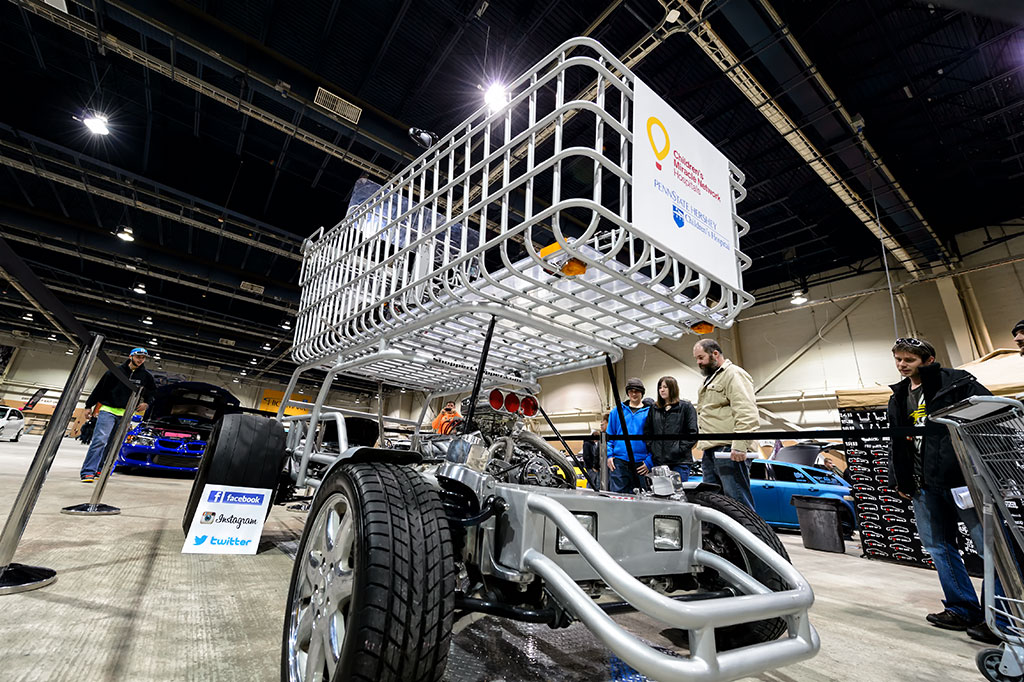 Maybe not very practical? Maybe Derrick Hayes' 2006 Dodge SRT8 Magnum would work out better for you? 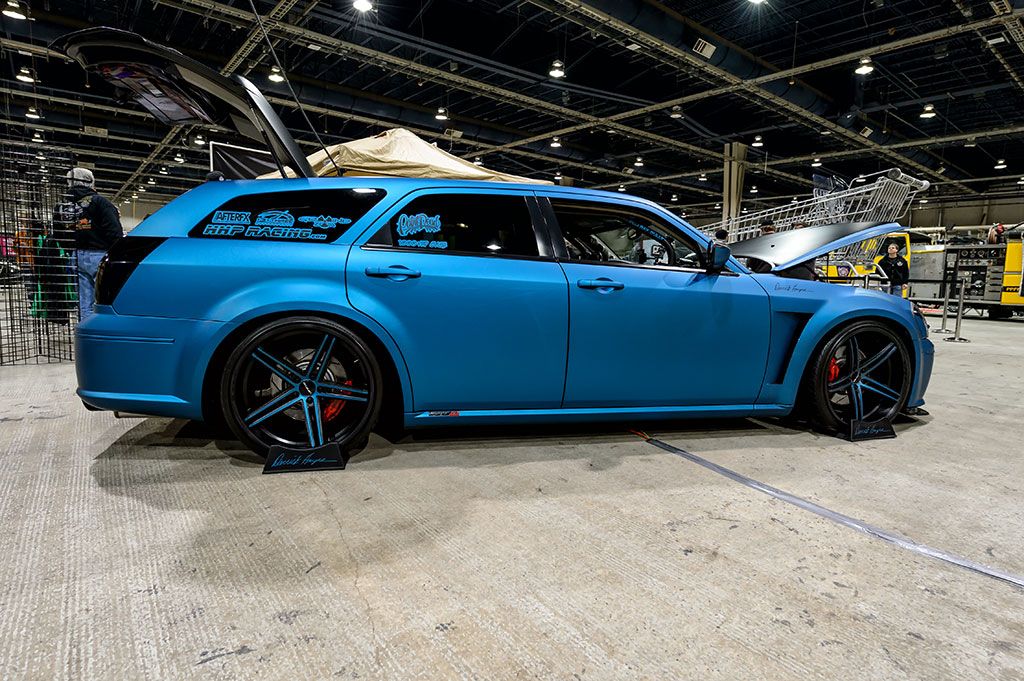 With a name like "Predator" you really need to be a wicked ride. Fred Diehl's 1932, 383 powered, Ford Street Rod delivers. The red Italian leather seats wrap your butt in ultimate coolness. 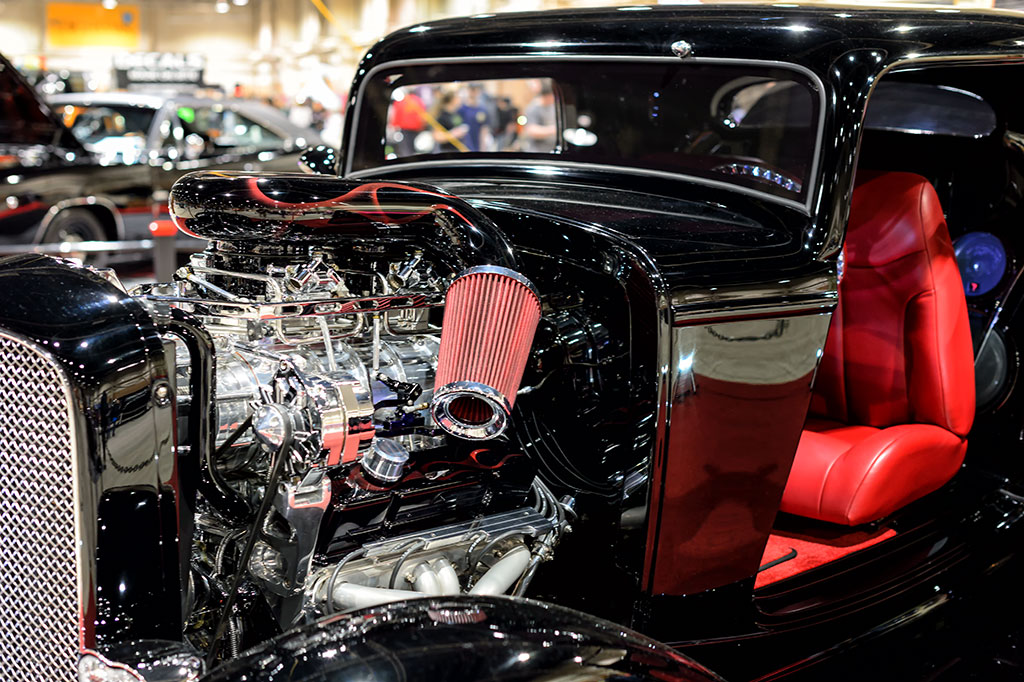 We always love attending Motorama. The Rod, Custom, & Tuner Show is only a small part of the overall experience. Were you there?  What was your favorite ride? Check out more of our photos over on our photo site.  BG Customs Photography.