It’s always fun to be able to drive through a covered bridge. If you are looking to do that in Virginia there is only one covered bridge that still allows car traffic and it is located just outside Mount Jackson. The Meem’s Bottom Covered Bridge was originally built using a 204’ single span burr arch-truss between 1892-93 and it spans the North Fork of the Shenandoah River. 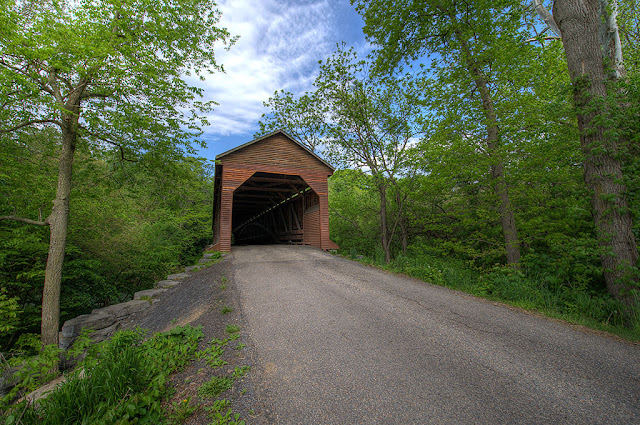 Like many covered bridges this one fell victim to an arsonist. It burned on Halloween in 1976.  It was soon rebuilt and opened once again for traffic by 1979 with salvaged original timbers. Tragedy struck the bridge once again and it was closed to traffic between 1982-83 due to a broken floor beam. It now has been undergirded with steel beams and concrete piers. While it may not look the same on the outside, the inside still shows the wonderful timber construction. 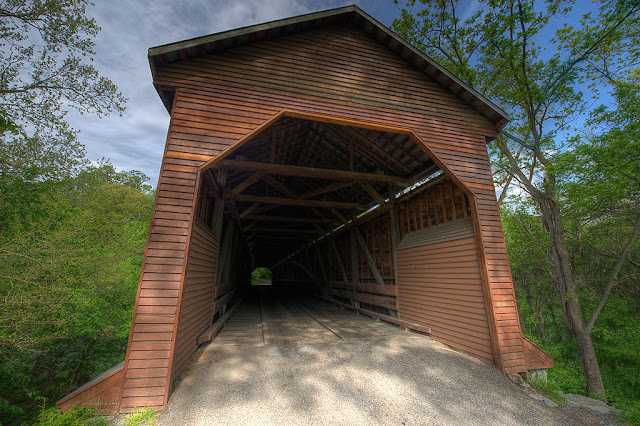 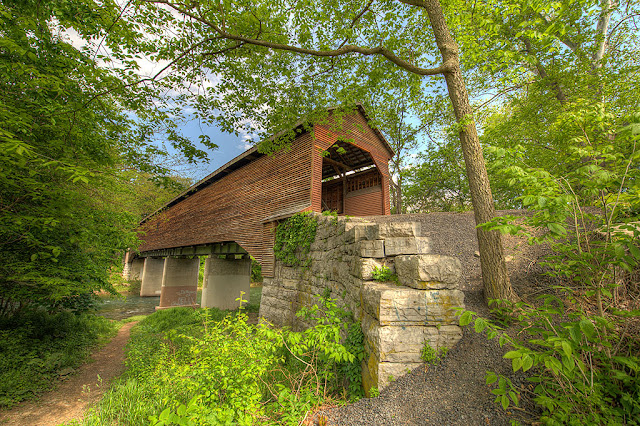 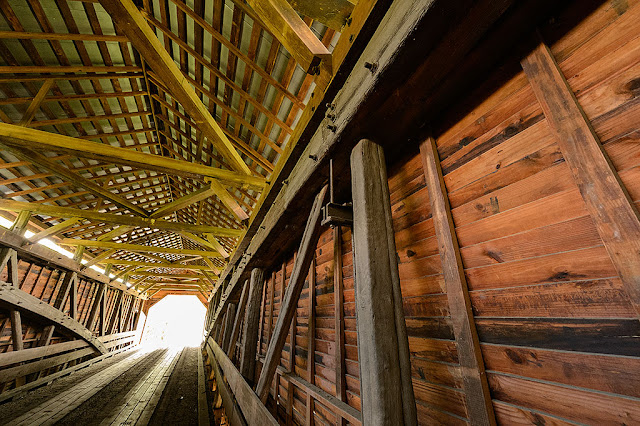 If you visit, don’t forget to pick up some Rt. 11 Chips from the factory which is just up the road from here!
By Bubba Harmon on May 15, 2013
Email ThisBlogThis!Share to TwitterShare to FacebookShare to Pinterest
Labels: things to do
Newer Post Older Post Home