Look Up In the Sky – Orionid Meteor Shower

Halley’s Comet left us a present. As the earth moves through the debris left by the comet each year at the end of October we often get a spectacular display of shooting stars. The Orionid Meteor Shower, or Orionids for short, gets its name from the fact that if you trace the paths from shooting stars they seem to originate from the constellation Orion. But, the shooting stars appear all over the sky! Peg and I took the time to hang-out under the stars after the moon set and watch the fireworks. We didn’t catch any of the large shooting stars on camera (only smaller ones) but we did see several. Sometimes you have to loose a little sleep to catch something magical. Trust us, it’s worth it. 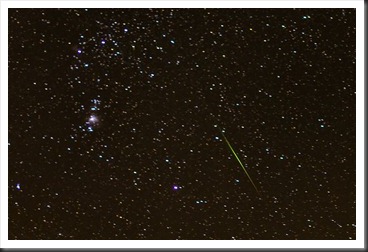 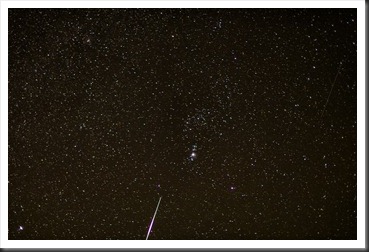 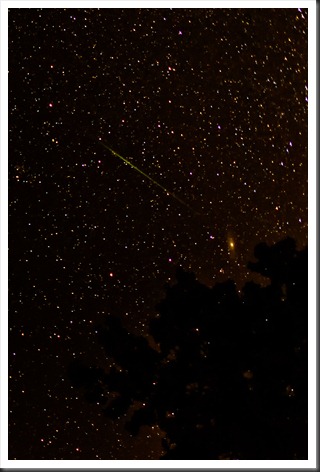