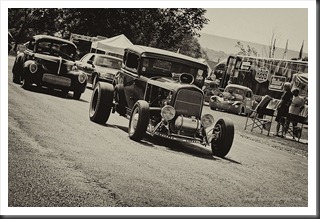 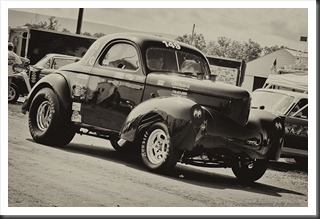 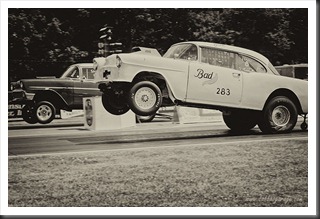 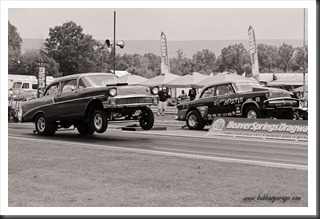 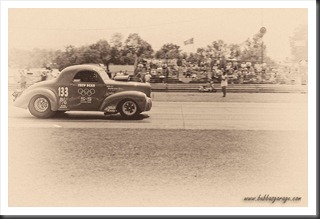 Saturday had us rising at 3am to make the 3 hour trip north to Beaver Springs Dragway in Beaver Springs, PA. We were very concerned about the weather since it rained pretty much the entire trip north. But, as we approached the track the rain began to ease. Checking out the track’s website showed that there would be a 1 hour delay but they planned to still race. By 8:30am the sun was shining and the track crew was drying the dragstrip. The “Beav” is pretty much in the middle of nowhere but what an awesome track it is. It isn’t so much the facilities but the people that run the strip. I have never met a more laid back and fun bunch of workers at any race facility before.
We were there for vintage racing. Gasser Magazine was sponsoring the Gasser Reunion and it brought out many vintage racers and show cars. We had a blast! If you ever have a chance to go to one of these nostalgia drag races you should. I gave a few of our photos the vintage effect in honor of the races and several photos are available for purchase over at our photo store http://photos.bgcustoms.com. The rest can be seen over at MyRideisMe.com. 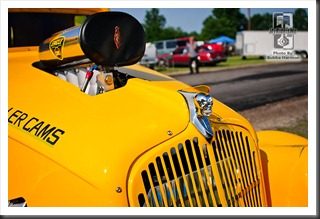 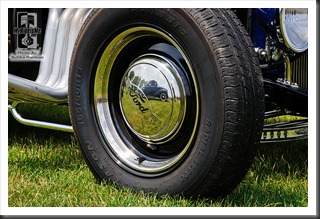 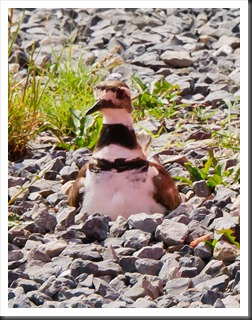 Over in the pits a killdeer had made a nest in the gravel. The workers had set up safety cones around the nest to help protect it. Just another example of how cool Beaver Springs Dragway actually is.
By Bubba Harmon on June 13, 2011
Email ThisBlogThis!Share to TwitterShare to FacebookShare to Pinterest
Labels: car show, photography, racing, things to do
Location: 40.7461901, -77.20943110000002
Newer Post Older Post Home