We don't need much of an excuse to take a road trip these days so we piled into the car and headed off to the NC Railroad Expo in Hickory, NC.  The Expo was held at the very nice  Hickory Metro Convention Center, just off off I-40. 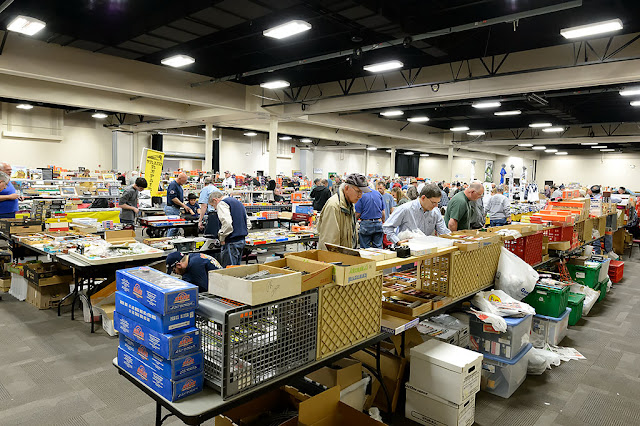 There was a very good collection of vendors for model train gear and a few vendors selling railroad collectibles. 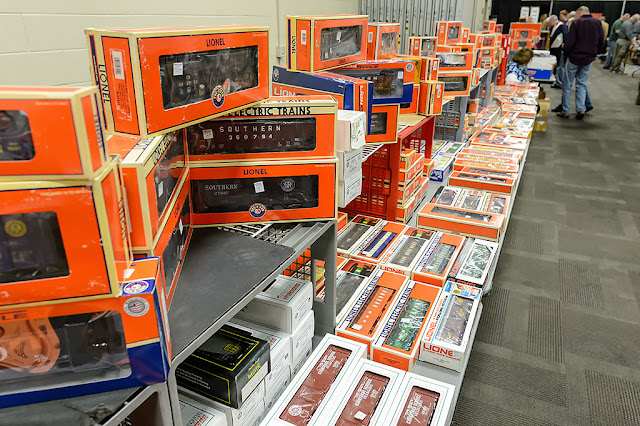 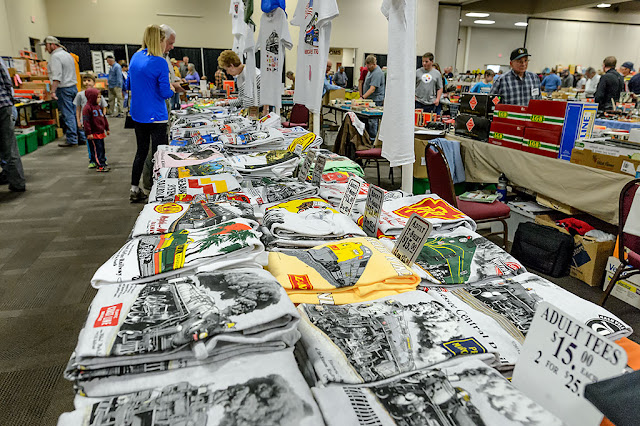 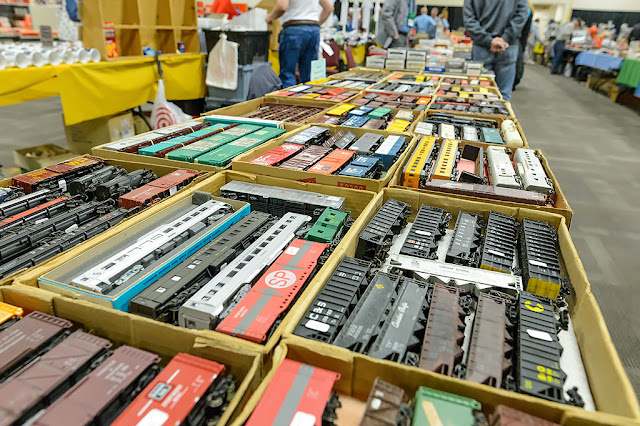 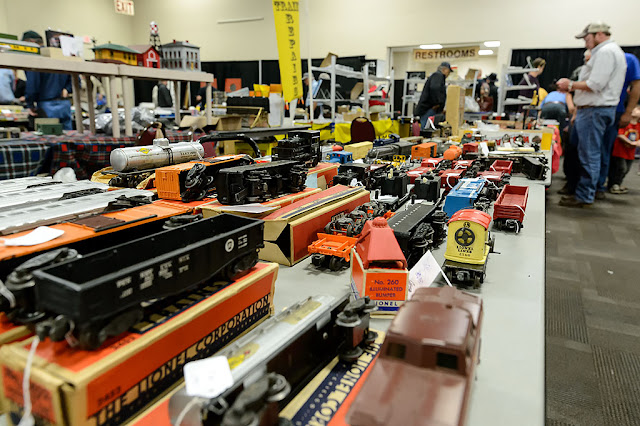 While there were a number of clubs with model train layouts we were less than impressed.  I was not sure if we were just too early or if the clubs were just that badly organized but there wasn't much running on their layouts.  Details were lacking on most of the modules as well. 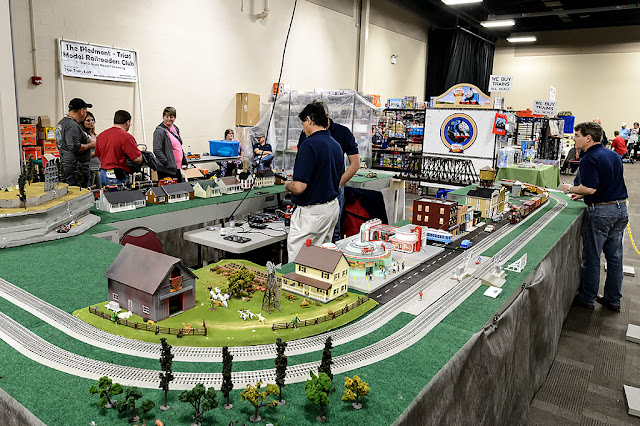 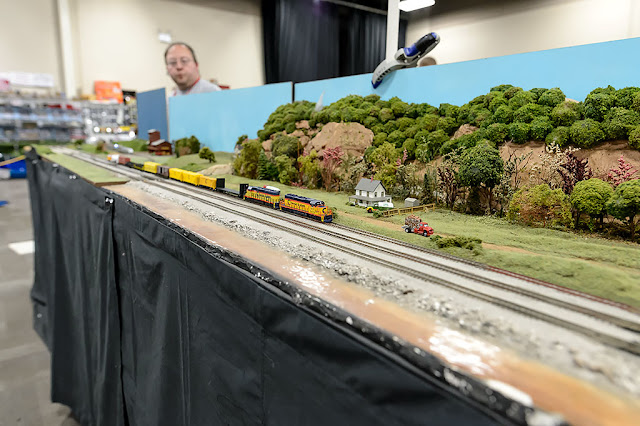 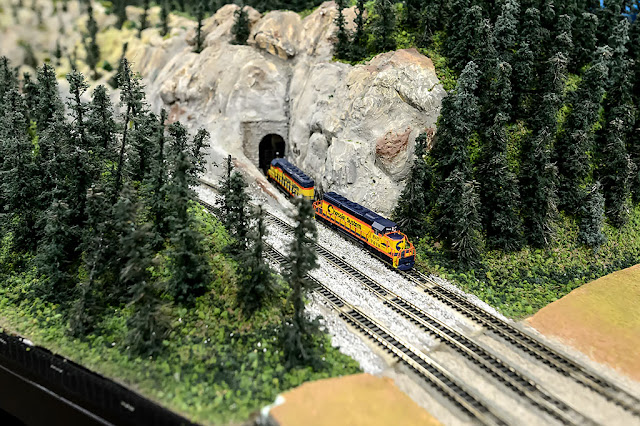 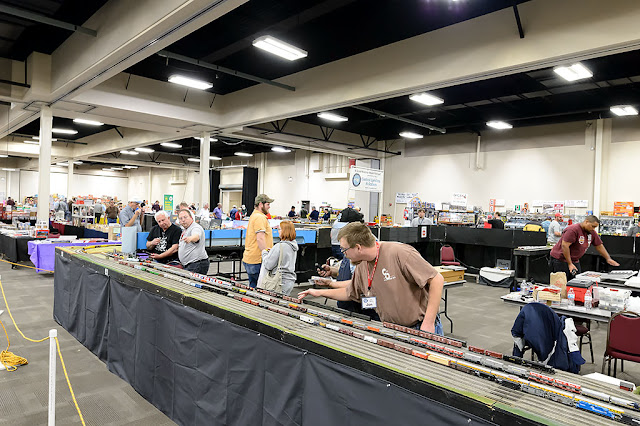 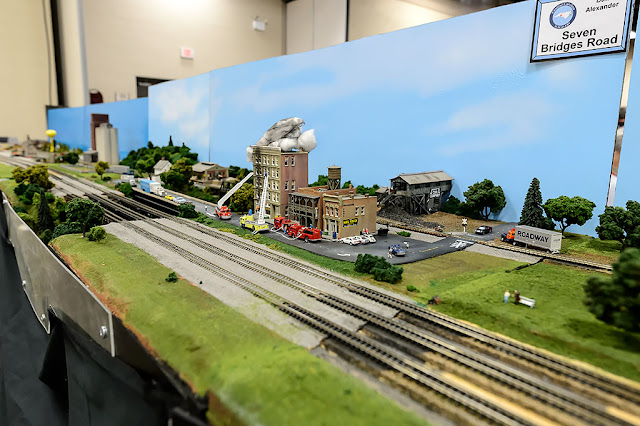 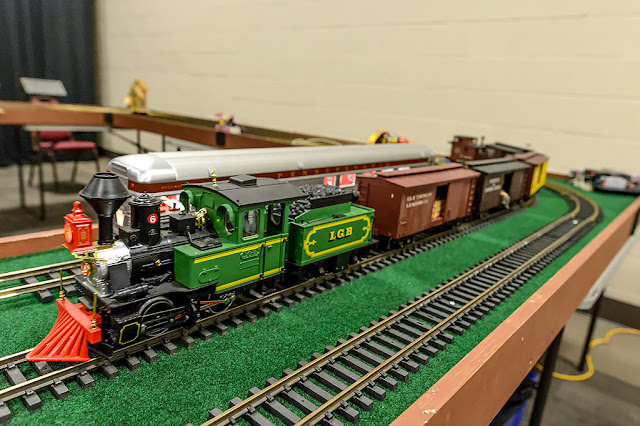 We still enjoyed ourselves and managed to pick up a few bargains. We'll rate this show a solid B.