A Visit to The Martinsburg Roundhouse Center

If you want to visit the Martinsburg Roundhouse Center in Martinsburg, West Virginia you can currently do so by appointment only. We were the only ones on the Saturday visit that my wife had arranged. This gave us plenty of time to explore and photograph the large former B&O railroad complex. Our two guides for the morning were Bill Taylor, a former Martinsburg B&O roundhouse employee, and Stedman Howard, Chairman of the Berkley County Roundhouse Authority. The Berkley County Roundhouse Authority has done a great job so far in trying to restore the facility into a usable space. Compare photos from 2001 to today to see the difference. 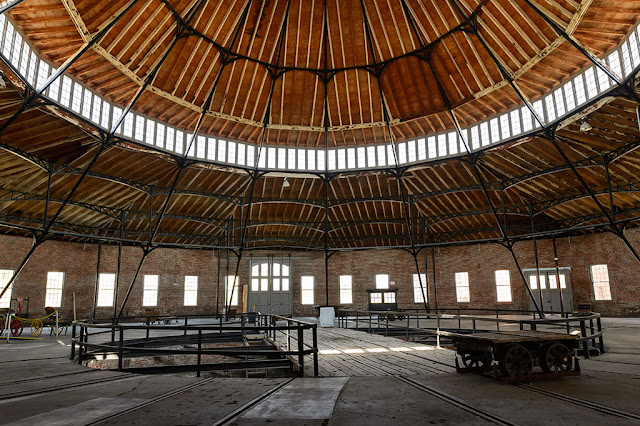 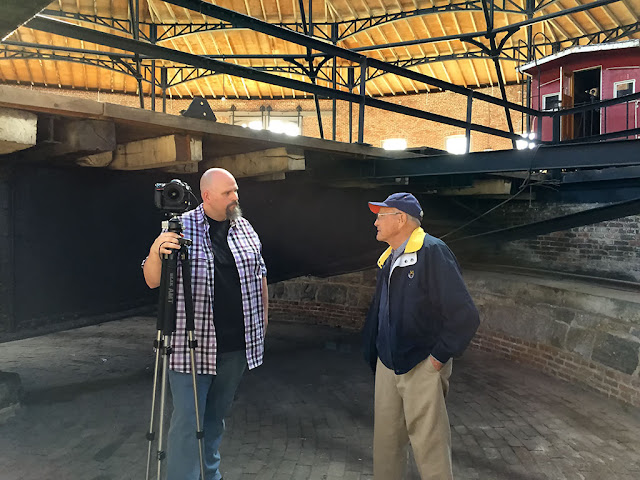 The West Roundhouse is the oldest of two roundhouses that once occupied the complex. The roundhouse was originally built in 1848 but was destroyed during the Civil War in 1862. It was rebuilt in 1866 in its current configuration using a sophisticated cast-iron frame. Out of five cast-iron roundhouses built by B&O the Martinsburg Roundhouse is the last one remaining. It is a 170', sixteen sided polygon engine house covered by a bell shaped roof. The original smoke cupola used to vent smoke from steam engines has been removed. It is believed that the 40-foot pit of the 1848 roundhouse is part of the current 50-foot turntable pit. The facility remained in operation until 1988. 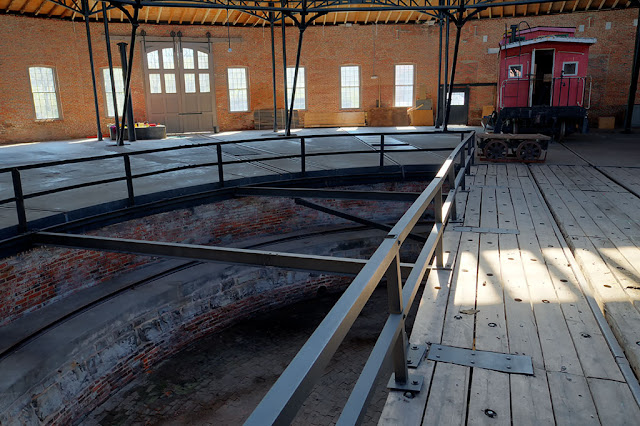 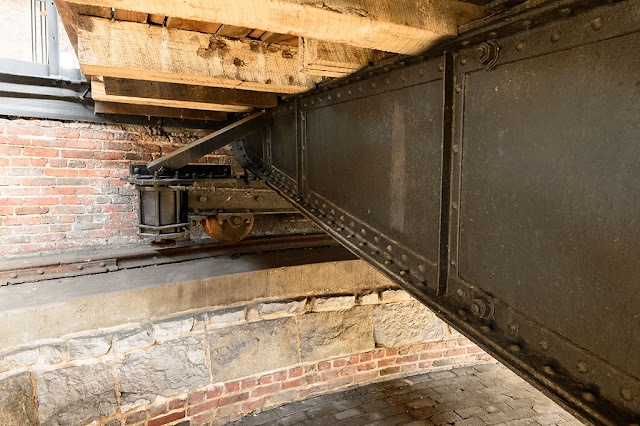 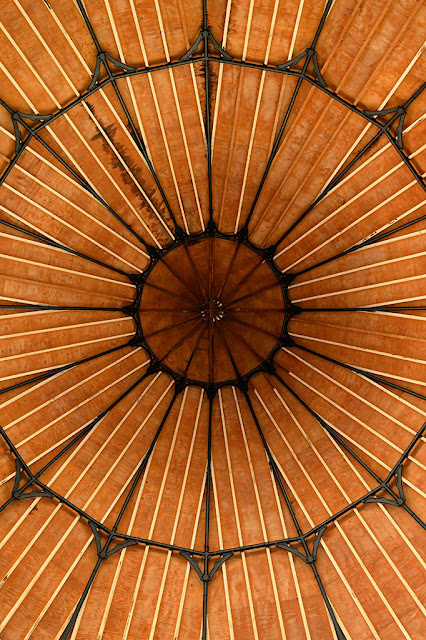 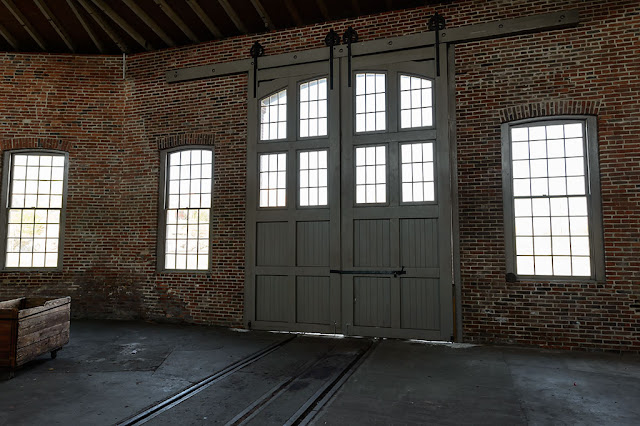 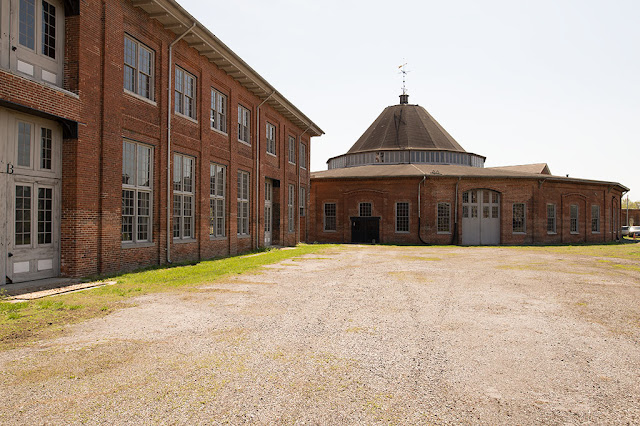 Sadly the second roundhouse, which was built in 1872, known as the East Roundhouse was burned by vandals in 1990. There are only ruins left where the building once stood. 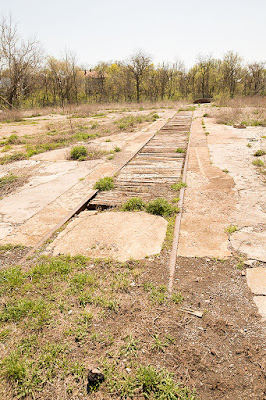 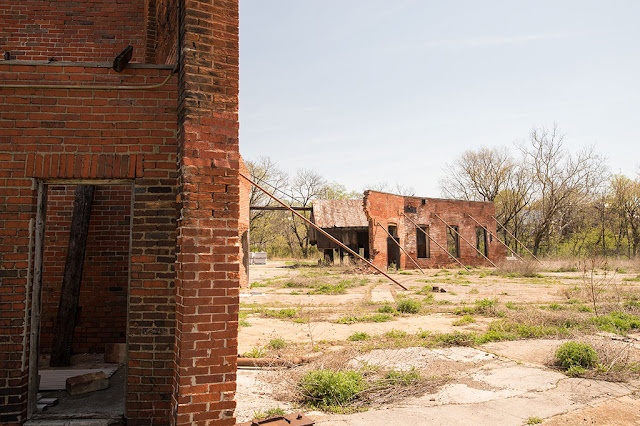 Built in 1867, the Car Shop sits just to the south of the West Roundhouse. It was constructed of massive wood and iron trusses and was used to build freight cars. It is 110' X 200' in size. By the end of the 19th century the B&O had moved the manufacturing once done in Martinsburg to Brunswick, Maryland. The building was re-purposed for creating frog and switch points. It was renamed the Frog & Switch Shop. Almost all of the old equipment was sold for scrap when CSX (B&O since 1986) ceased operations at the facility. 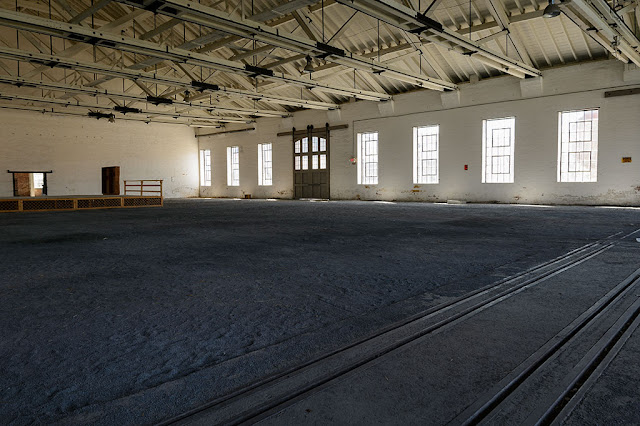 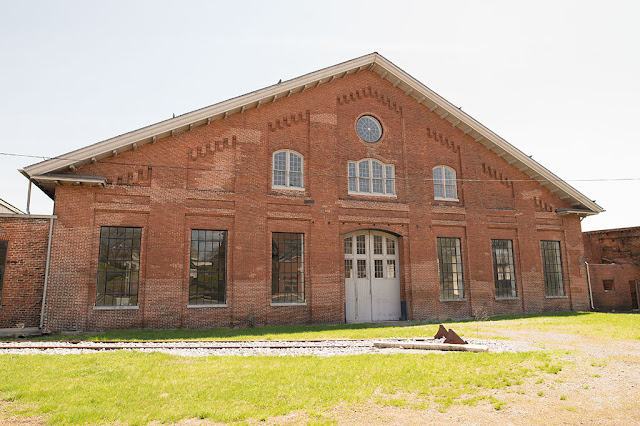 Behind the Frog and Switch Shop sits the Blacksmith Shop. It was originally used for a variety of tasks such as making axles to sharpening tools. 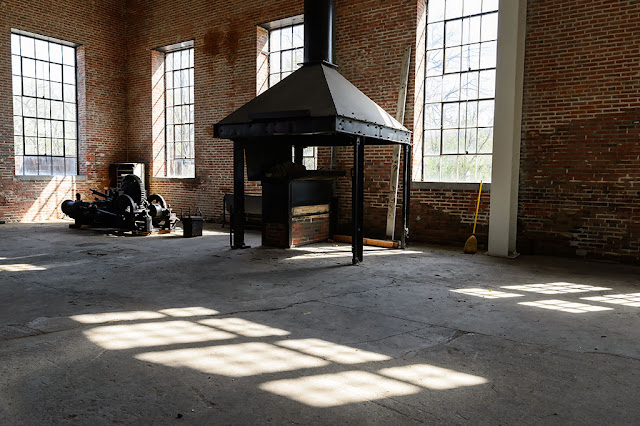 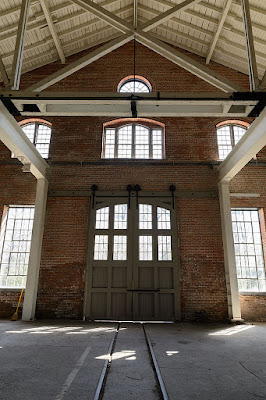 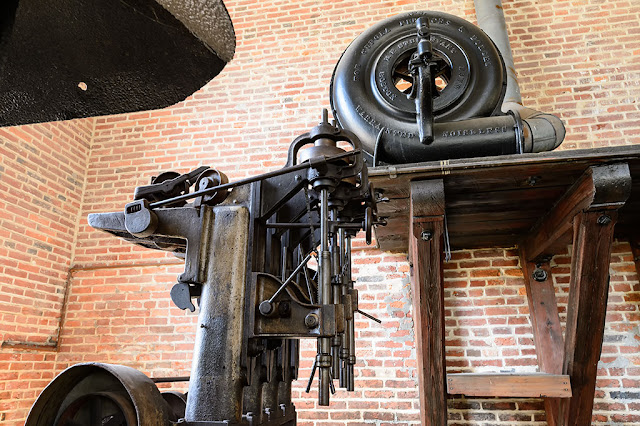 On the opposite side of the West Roundhouse sits a large building known as the Bridge and Machine Shop. The building is 184' X 60'  in size and was used in the manufacturing of bridge trusses. It is a fantastic space!  The second floor has been restored but lacks a second egress. Because of this the Roundhouse Center is unable to use the space for events due to fire code regulations.  They are trying to get an elevator built which would make this incredible building usable. It would make a great venue for craft fairs and special events. 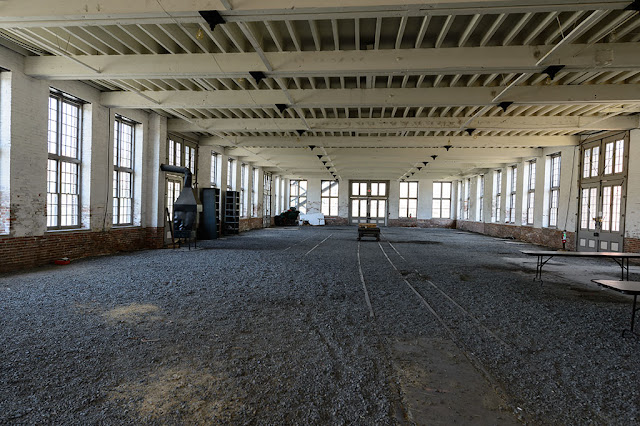 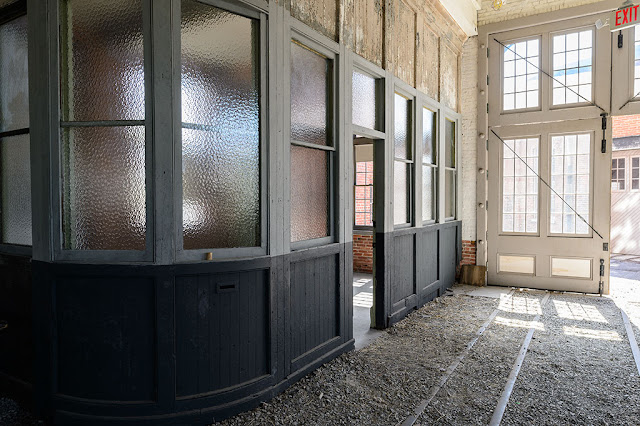 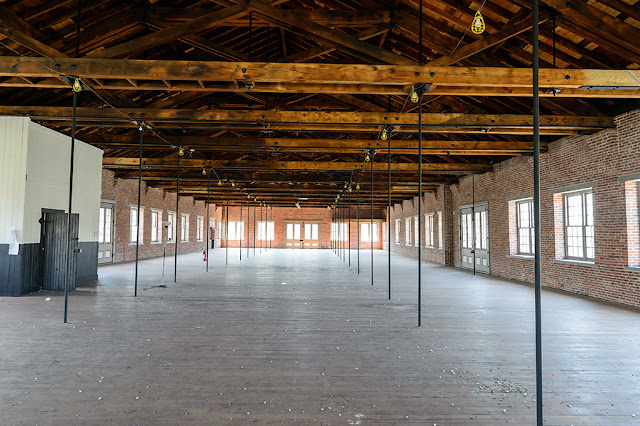 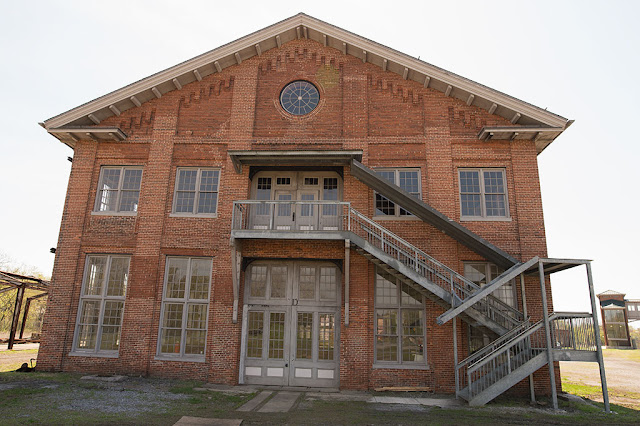 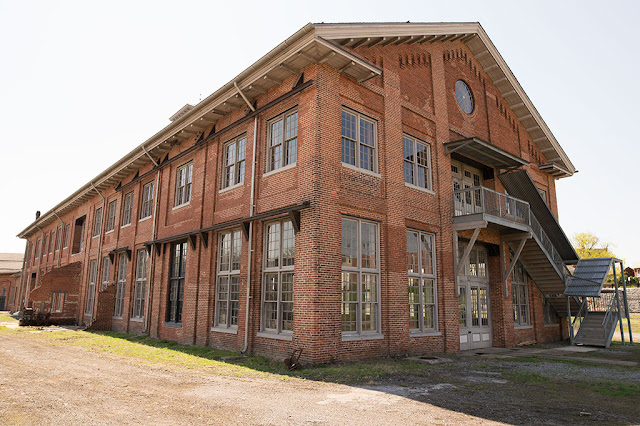 Behind the Bridge Shop sits the ruins of the Car Repair Shop. It has been stripped of all its exterior and is not much more than a frame. 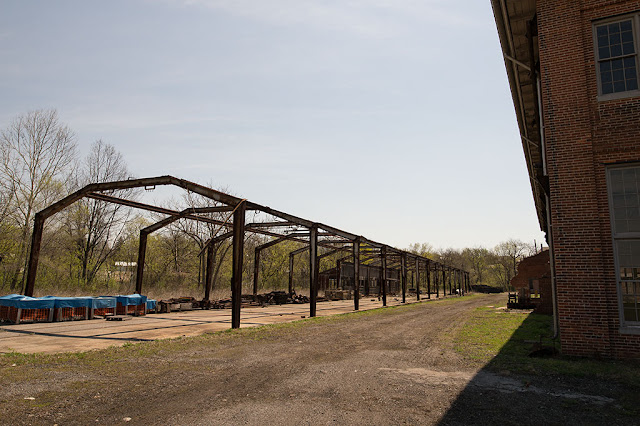 You can see a few more photos over at our photo site: BG Customs Photography. If you would like your own tour of the facility contact the Roundhouse at 304-264-8801.