After years of saying I was going to make it to Photoshop World I finally did. I had no excuses left since this year’s east coast Photoshop World was held close to home in Washington, DC. What a blast it was! Photoshop is a combination of learning, entertainment, and flat out partying. Peg joined me for dancing at the After Hours Party, held at Ibiza, and also for all the fun at Midnight Madness. During Midnight Madness, she won the grand prize from SmugMug for being able to roll an Oreo cookie from her forehead into her mouth without using her hands! The prize was one year of SmugMug Pro hosting and a custom site. What great timing since our photo site (photos.bgcustoms.biz) is up for renewal in April. Don’t ever miss Midnight Madness if you can help it. 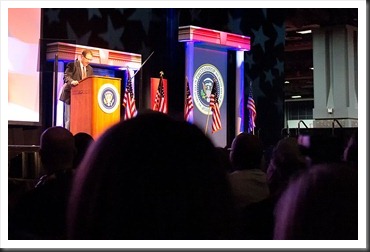 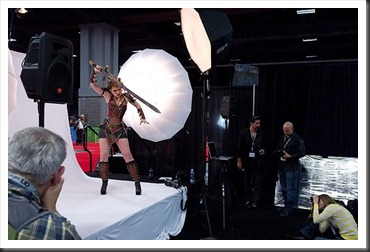 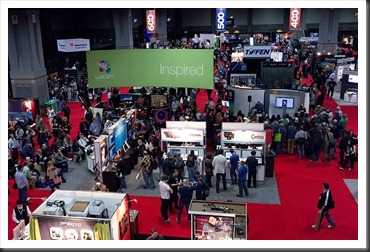 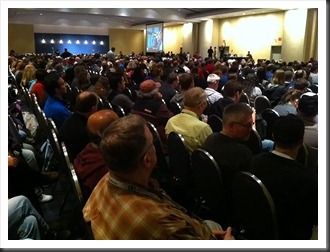 Being an election year in DC, the NAPP folks decided to theme everything as an election debate. Probably not one of their better ideas. The first part of the opening ceremony kind of tanked before Adobe took over. NAPP did however draw in record crowds for an east coast event so maybe they will be back. The Expo could have been a little larger. Even so, there were a number of photo companies offering decent discounts. I was happy with my deals I received from Midwest Photo Exchange. Wescott had a neat setup once again. They brought in models into their booth and allowed everyone to photograph them using their Wescott lights. The majority of the instructors were good to great with my favorites being Calvin Hollywood and Joe McNally.

I returned tired but smiling. The event was as much inspirational as it was educational. I have plenty of things I want to try in the future because of this convention. It was well worth every penny spent. If you have ever thought about attending you really should go.

I need to make it to Photoshop World in Vegas one of these years.