We had a surprisingly good time shooting photos at the Tuner Evolution car show which was held at the Greater Philadelphia Expo Center in Oaks, PA. This indoor show brought together the areas finest tuners both domestic and import to compete and enjoy each others company. 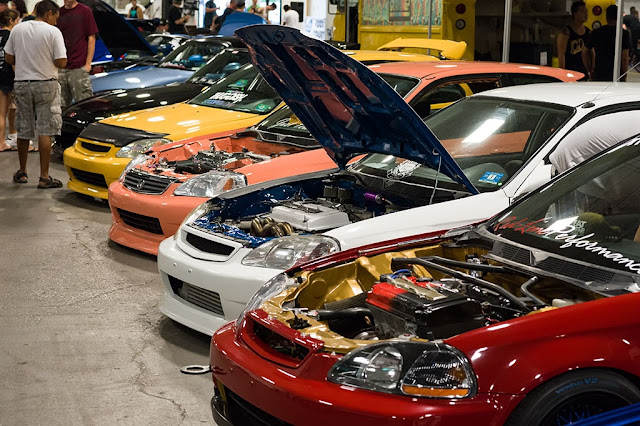 Of all the makes represented at the show it seemed that Subaru had the most entries. One of the first we encountered was Mark Loves pink digital camouflaged wrapped 2011 Subaru STi. His "Scoobies for Boobies" was built to help raise awareness of breast cancer. It was well done and we liked the added feature of the custom puddle lights. 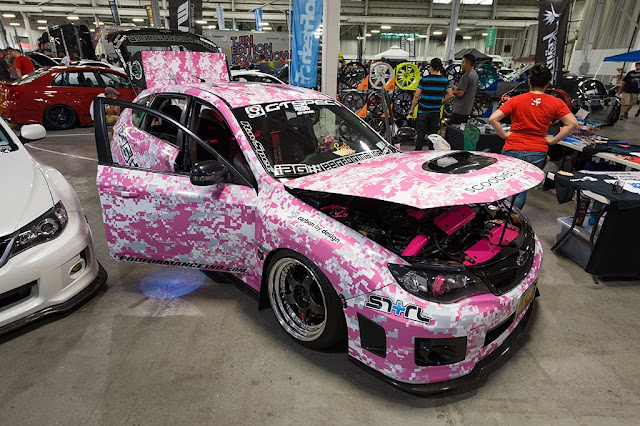 The oldest tuner on the show floor had to be Carlos A. Rosado's rotary powered 1978 Toyota Corolla. 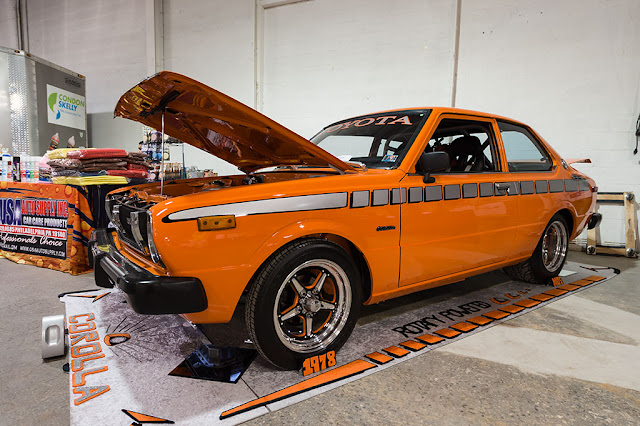 My favorite car of this year's show was Mark Yuen's 2002 Lexus SC430 convertible. Mark did a fantastic job designing this widebody and the pimento red interior with custom diamond stitching just screams sit in me and enjoy. There is enough audio crammed into this Lexus to keep your toes tapping. Did you have a favorite at the show? 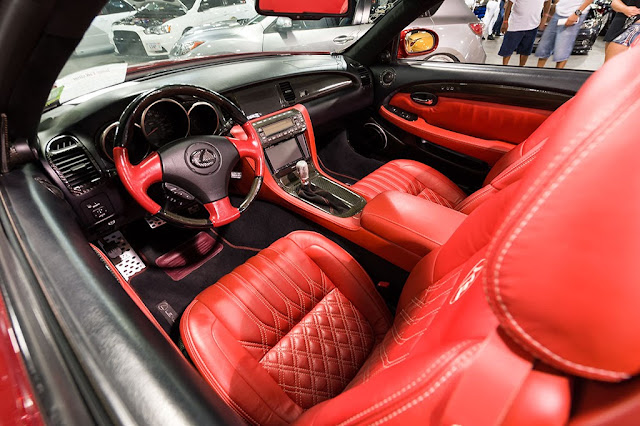 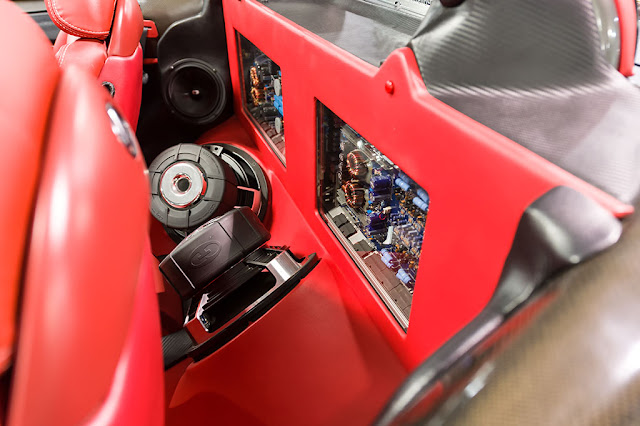 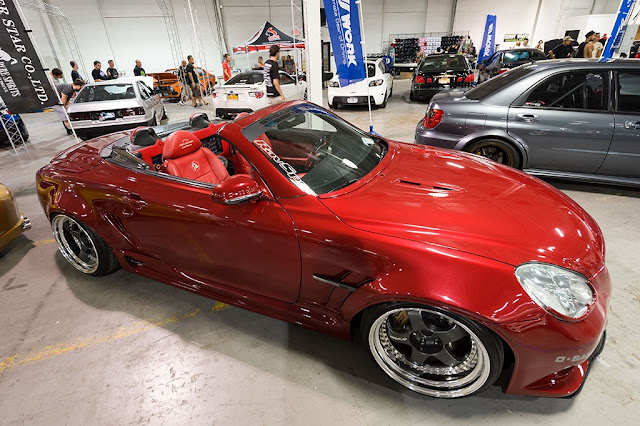 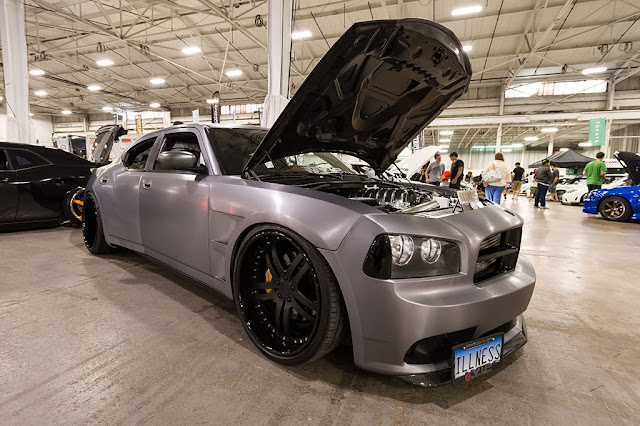 A big trend for finishing vehicles today seems to be wrapping cars rather then painting them. This leads to very interesting possibilities like Adam Castillo's 1995 Toyota Supra Manga and velvet exterior. Peg wanted so badly to pet the fenders but was feeling too self-conscious to ask for permission. 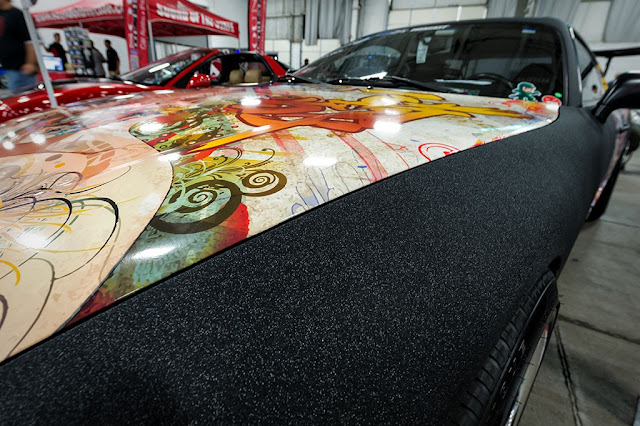 We discovered some cool custom motorcycles that we had never thought of before. A group of Honda Ruckus bikes were shown at the Tuner Evolution Show. We might need to add one of these to Bubba's Garage in the near future. Ricky Soda Nguyen's 2011 Honda Ruckus was a good example of what can be done to these bikes. 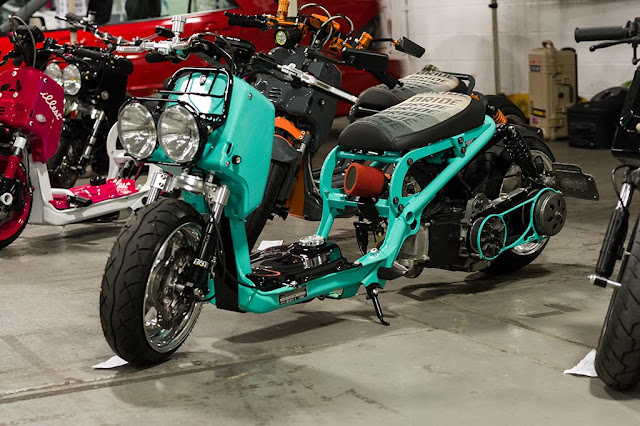 Tuner Evolution is a very good car show. Add the fact that it is an indoor show in the middle of summer and you have no reason not to visit because of the weather. Make sure you see the rest of our car show photos over at our photo site. BG Customs Photography.