Today we did something a little different at work. Rick and I had to pack up the company chopper and get it ready for transport. This wasn’t an easy thing to do since it has been displayed on the 4th floor of the company headquarters for the last couple of years. Making matters worse was the fact that it doesn’t fit on the elevator with its front forks attached. We had to remove the frontend and then reassemble it on the first floor. After some grunting and pulling we managed to get it loaded.

FGM will be donating its custom chopper to the American Freedom Foundation at the 8th Annual American Freedom Festival being held in Fairfax, VA at the GMU Patriot Center on November 12, 2011. Currently displayed in the lobby of FGM’s Reston location, the 2005 Venom ProStreet blue and silver chopper was built from a Big Bear Choppers motorcycle kit by employees in honor of the company’s former president Bob Feeley, and has become a proud symbol of team building and hard work for the organization. 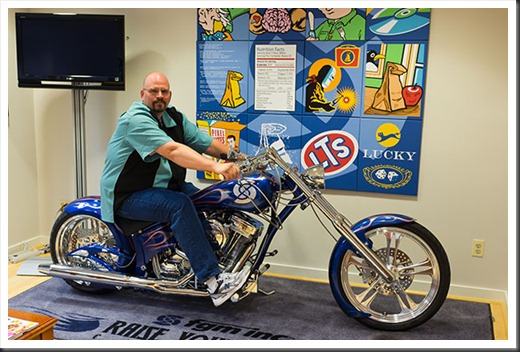 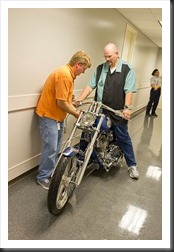 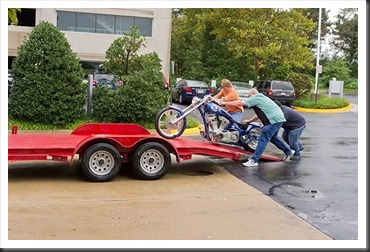 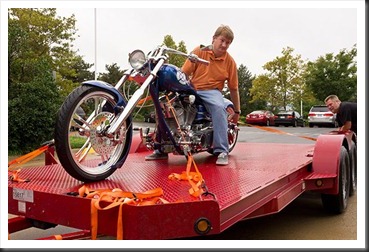