Just outside of Frederick, Maryland is a small railroad run by mostly volunteers. The tracks were once part of the Pennsylvania Railroad and later part of the Penn Central Railway. Bankruptcy and the destruction of a bridge over the Monocacy River by hurricane Agnes left the tracks abandoned in 1972. In 1991 the Walkersville Southern Railroad was formed and by 1995 trains were once again running on the Walkersville-Frederick line. While the WSRR normally runs diesel locomotives we were there for steam! 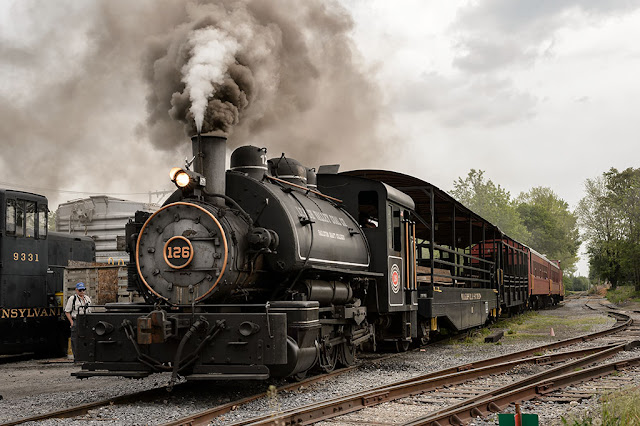 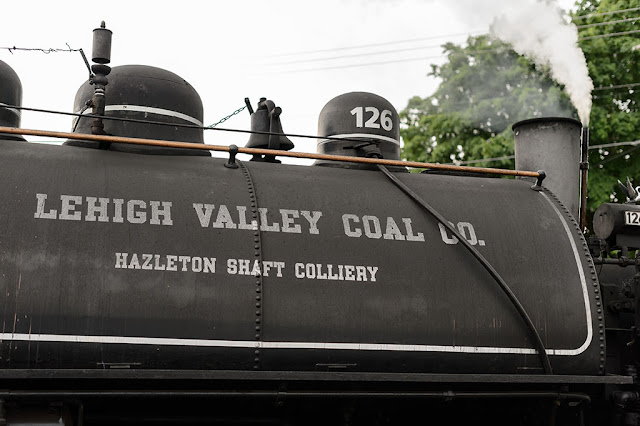 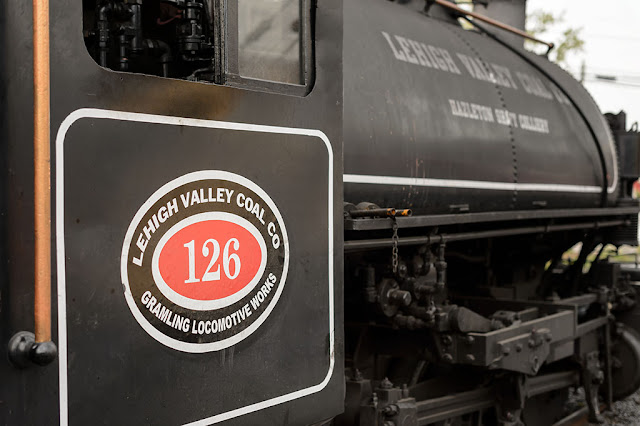 Our first run-by for the Railfan Special event was a little wet.  Mother nature decided to have a show of her own with a nice thunderstorm. 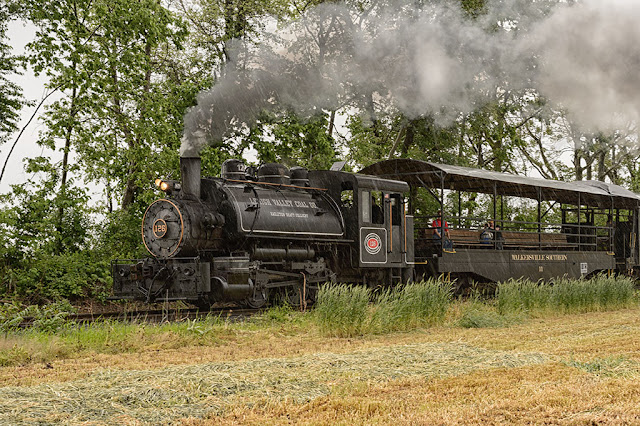 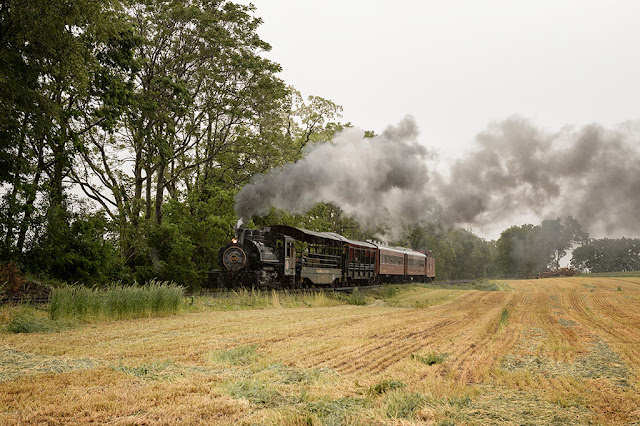 By the time we made it to the second photo location it had stopped raining. We tied up traffic for a little while at this location. The stop was at a street crossing so the people in the cars received a bonus viewing for free. 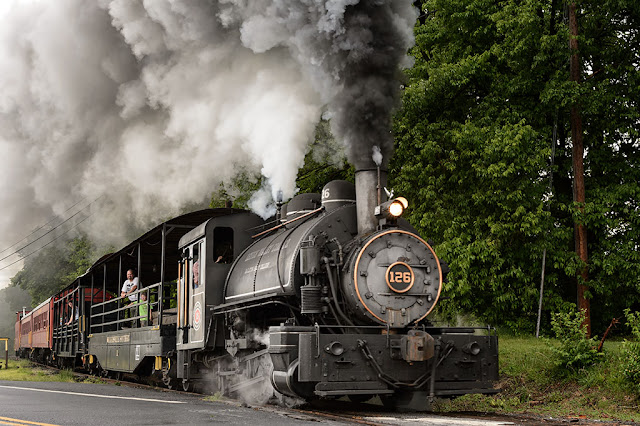 Once back on the tracks we had to squeeze onto a siding to allow the dinner train, powered by a 1943 GE 45-ton locomotive, to pass. This gave Byron “Barney” Gramling time to relax. 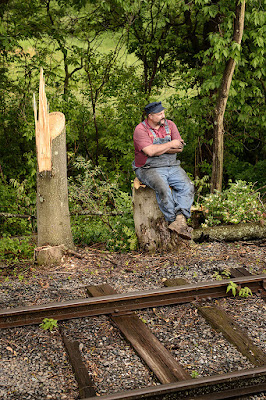 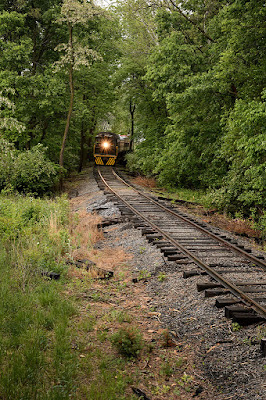 The Southern Walkersville Railroad museum occupies the former Ice Plant of the Glade Valley Milling Company. There are a few items in the museum related to the former Pennsylvania Railroad Fredrick Secondary. One very interesting item in the museum is the Buda No. 4 Velocipede. 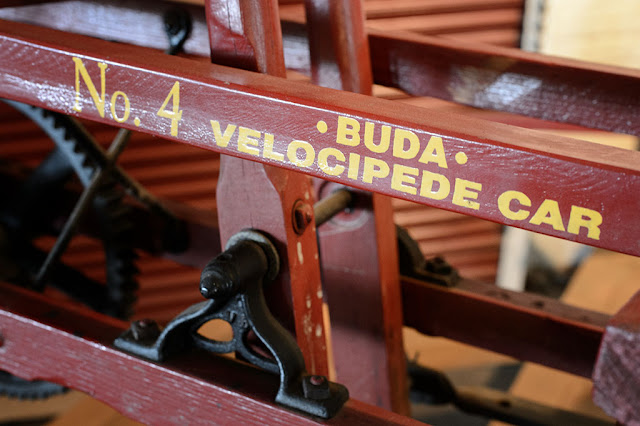 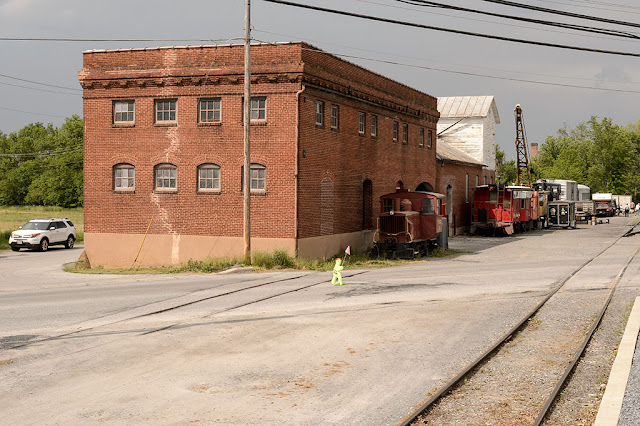 Besides the museum there are a few old railcars and locomotive switchers around the station. 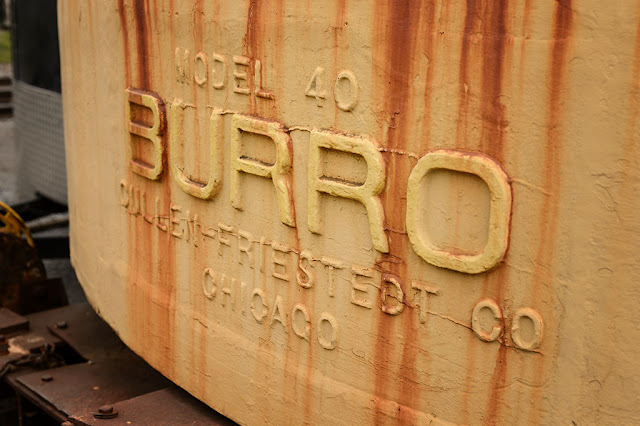 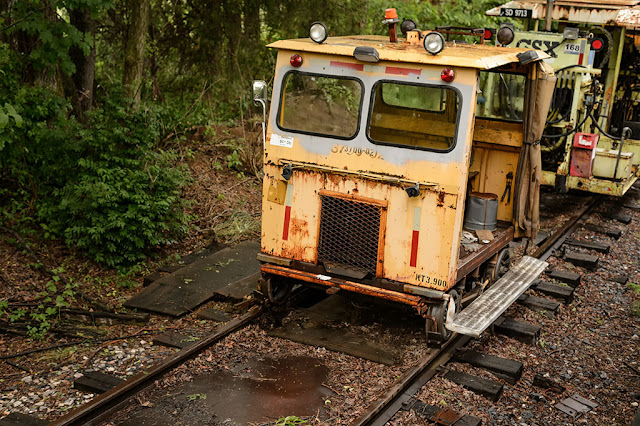 The Walkersville Southern Railroad is a good way to spend a couple of hours. Check out more photos over on our photo site.  BG Customs Photography. 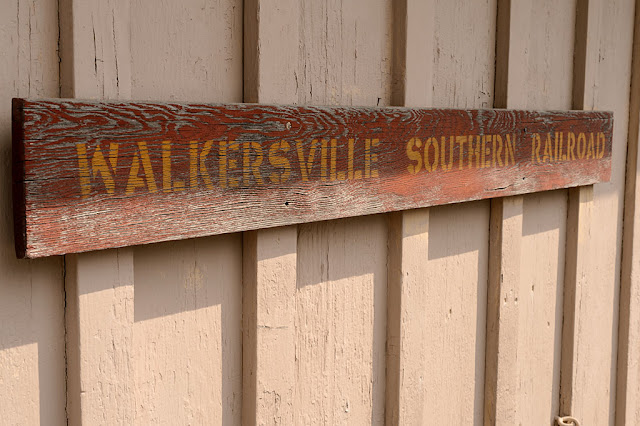