We were road tripping once again to attend the Steel City PEZ Gathering in Pittsburgh, PA. This year's event was held at the Sheraton Station Square in the Haselton banquet room. It was a decent size room that allowed vendors and guests to spread out and not feel crowded. 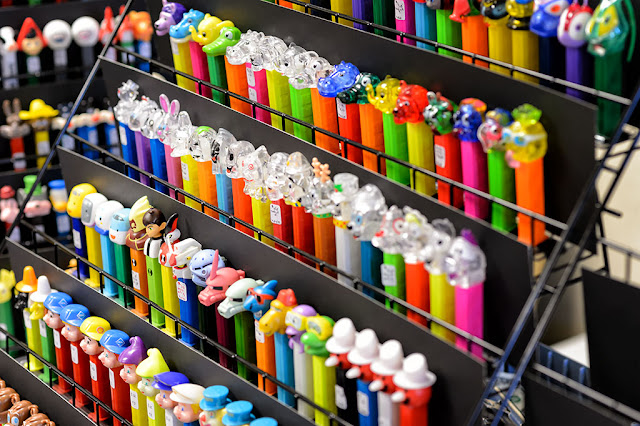 A decent number of vendors were on hand to sell their wares. We ended up with several bags of items Peg had been hunting plus some European and Japanese collectibles as well. It was a very productive outing. 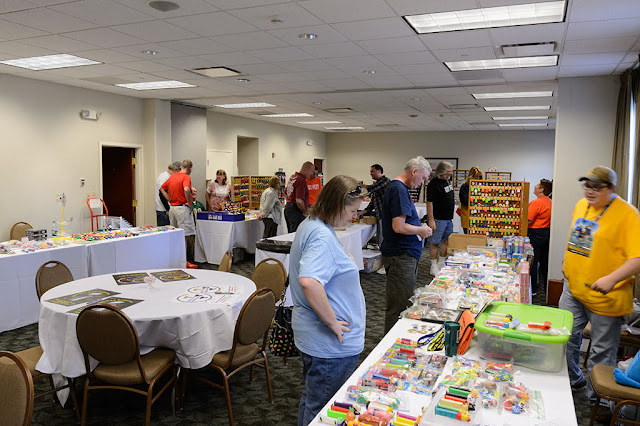 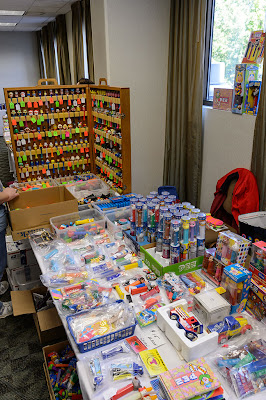 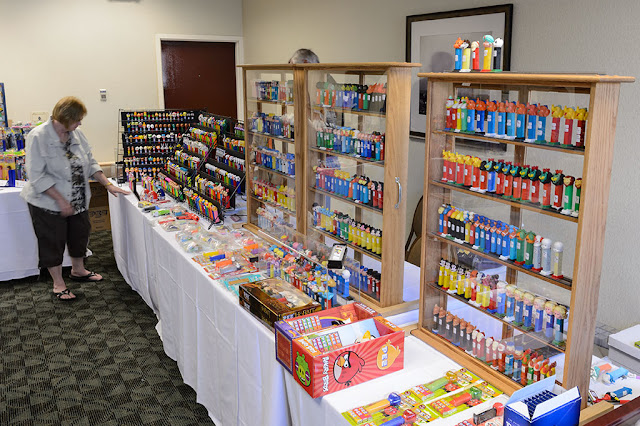 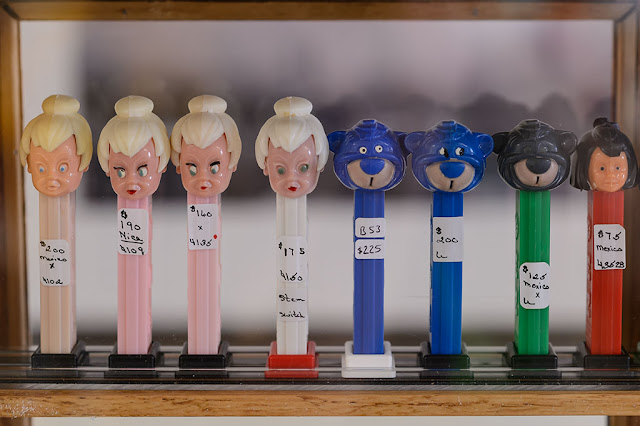 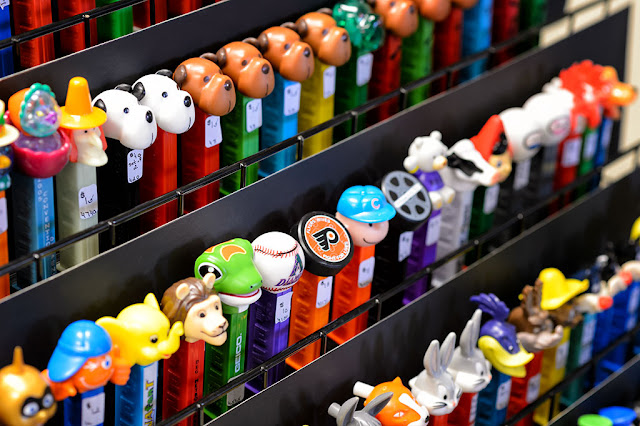 Why is it that Ron Jones tends to get a lot of Peg's money for the newer items? You can always buy the latest European PEZ from him. Do what makes you happy! 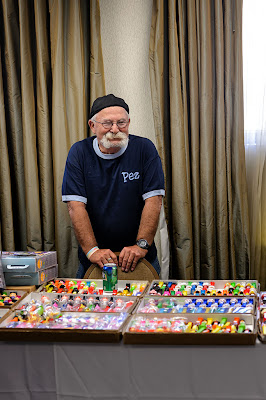 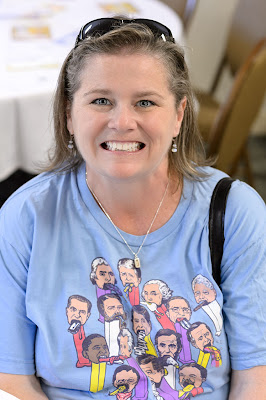 Our hosts did a fantastic job organizing the event. There were tons of giveaways and they even provided lunch! Best of all it was free. We hope to make it back again for next year's gathering. 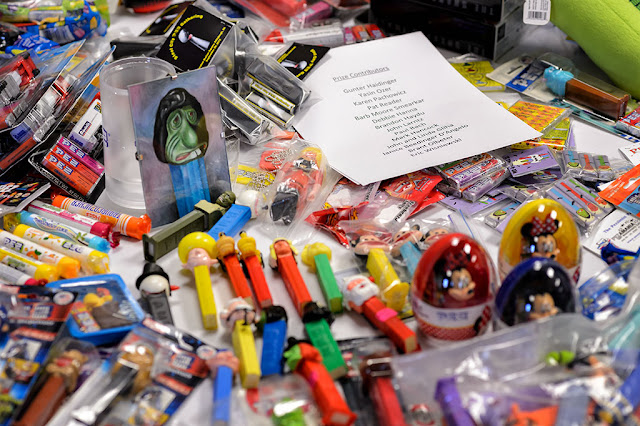 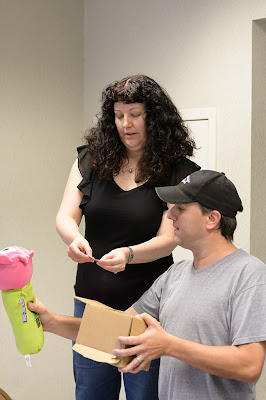 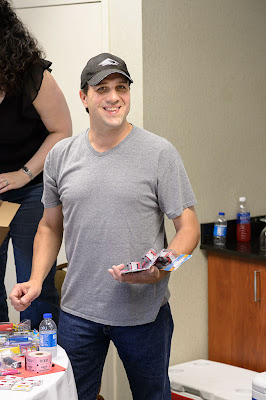 So have you heard about the 40 foot tall rubber ducky?  We did and set out along the shore to hunt it down. Drats! We spotted it but we were on the wrong side of the river and a very busy CSX railway was between us and the giant quacker. 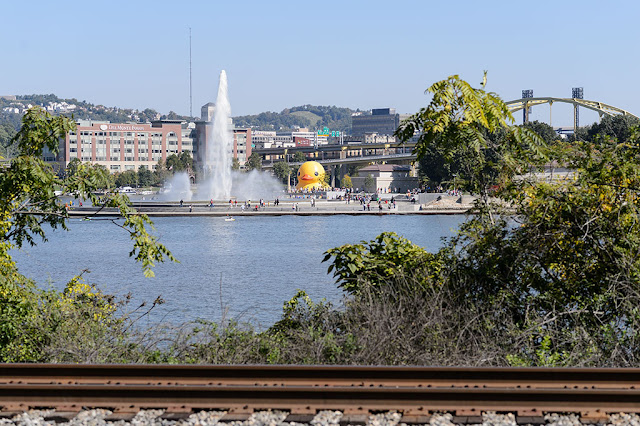 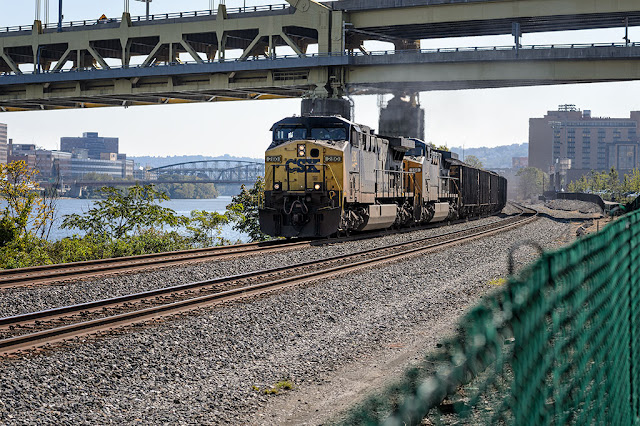 We thought we might drive to the ducky but there was a game going on at Heinz Field so parking would be rough. We thought of walking across the bridge but Peg is scared of heights. Finally we decided to take a riverboat cruise to see the monster duck. We took a one hour cruise aboard one of the Gateway Clipper Fleet. 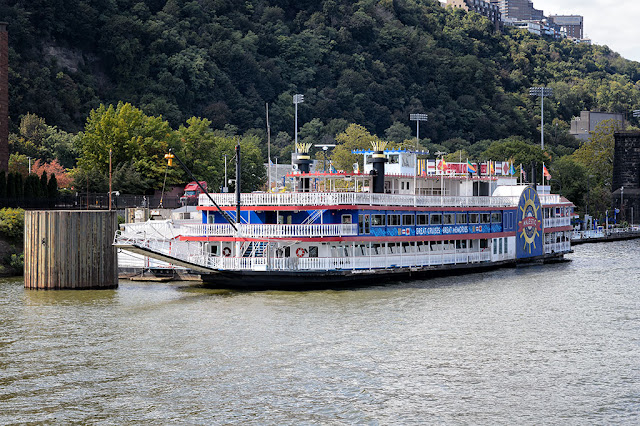 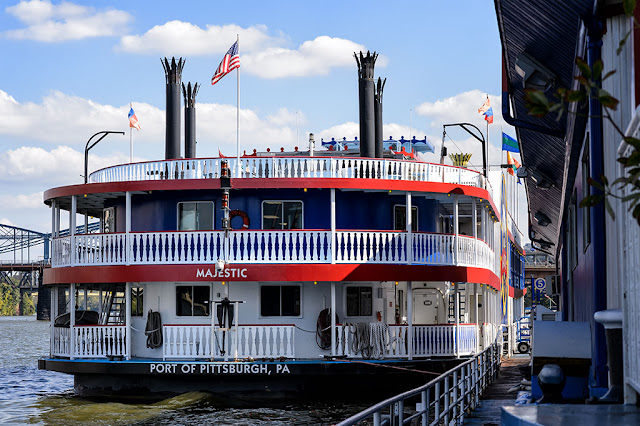 This turned out to be a very good decision. The one hour tour takes you on a cruise over three rivers: Monongahela River, the Allegheny River, and Ohio River. It's a fantastic way to see many of the buildings of Pittsburgh and here their stories.  Other than the price, I can totally recommend doing this when you are in Pittsburgh. 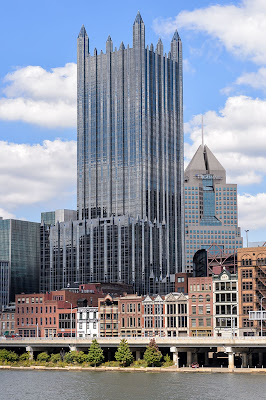 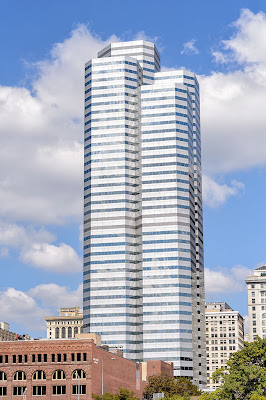 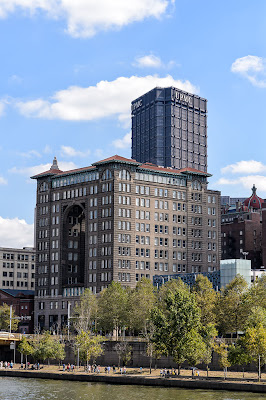 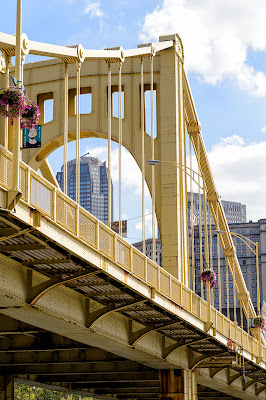 But we were here for the Giant Rubber Ducky! It was ginormous! The people looked so tiny next to it. It felt like the ducky could come alive and eat them at any time. Peg kept having thoughts of the Stay Puft Marshmallow Man disaster of '84! If you can look at this great big yellow duck floating in the river and not smile then something is wrong with you. 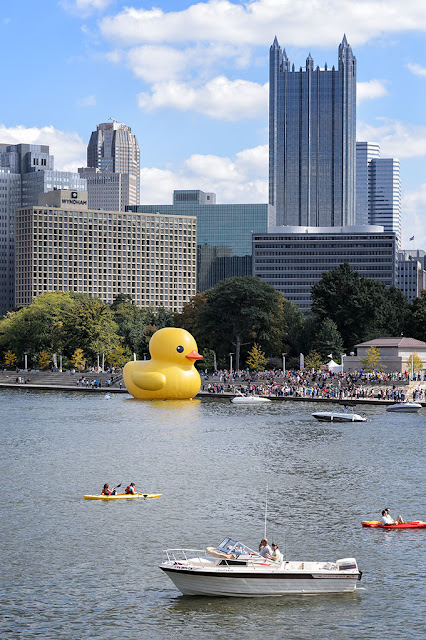 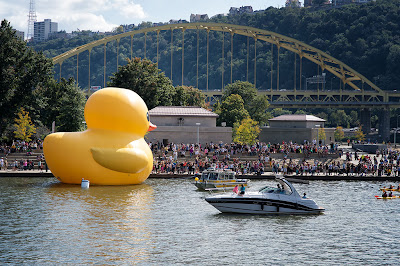 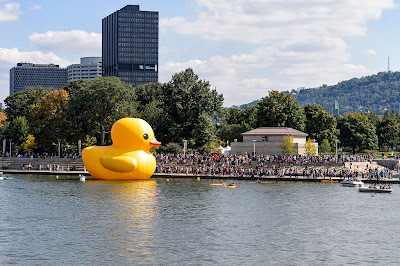 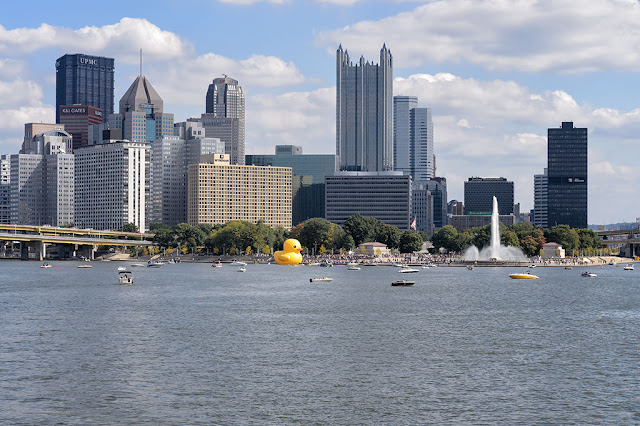 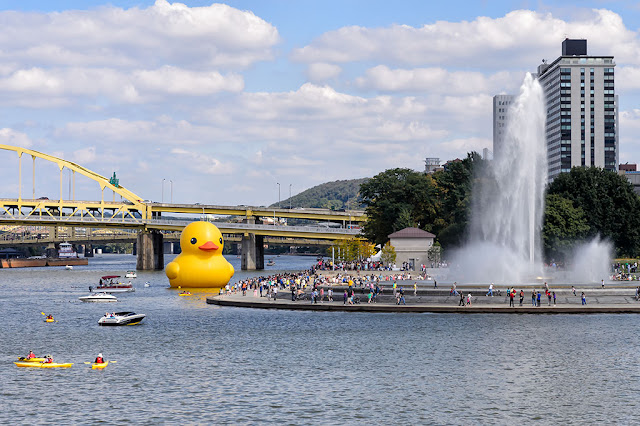