It was a fantastic night for Country Roads Car Club to hold its second annual Chili Cook-Off. The competitors lined the long tables with their pots of what they hoped would be this year's winning entry. As the entries arrived so did the cars. 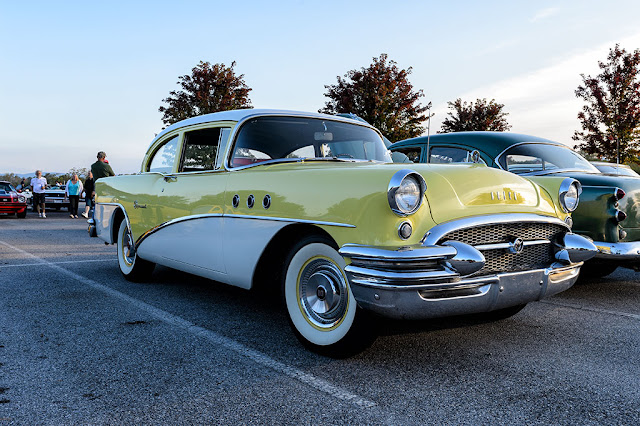 While the Cruise-In is open to all make, models, and years of vehicles there always seems to be many more domestic vehicles on the lot of the Home Depot in Ranson, WV during cruise night. Just about every domestic car manufacturer is represented at one time or another during the season. Imports aren't rare but they are highly outnumbered. 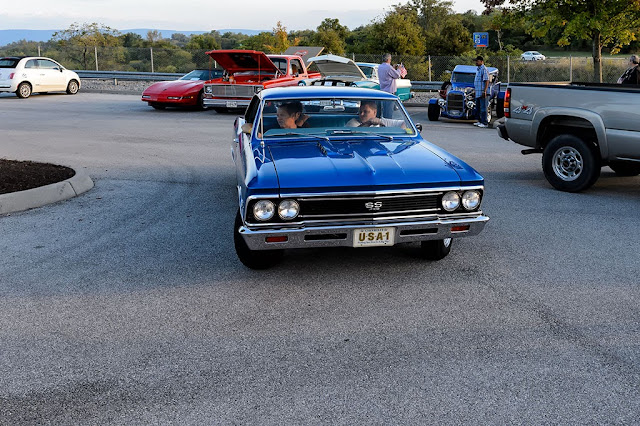 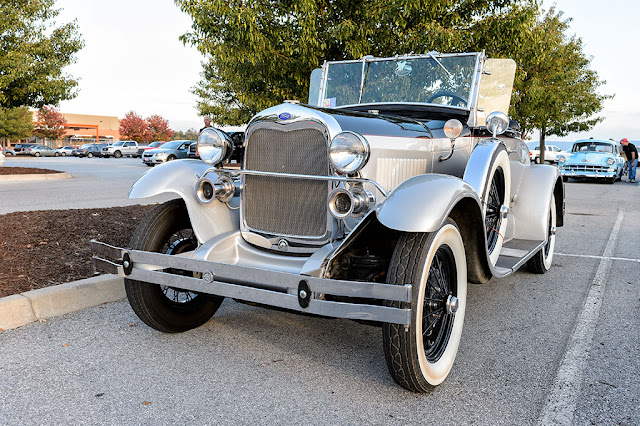 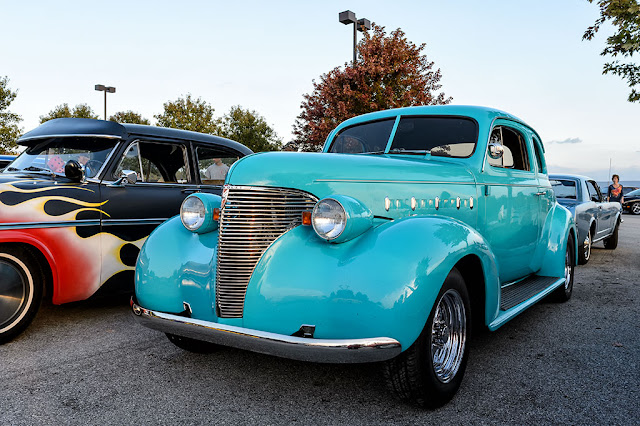 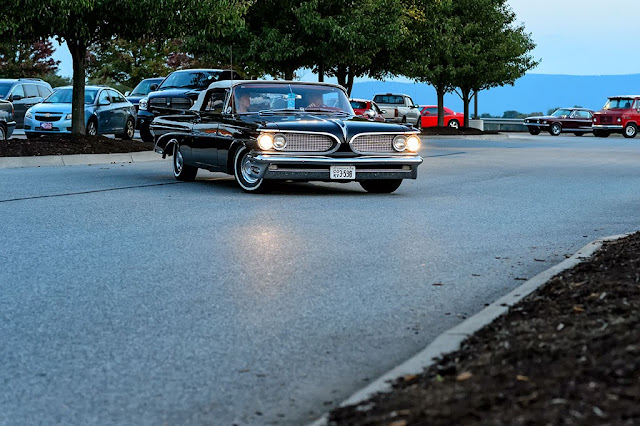 By 6:30pm there were thirteen different recipes for the judges to taste. One by one the judges sampled all the chilis. Mayor David Hamill of Ranson acted as the ringmaster with his other judges, representatives from Home Depot and Roy Rodgers, as the top three chili recipes were awarded plaques. First place went to John's Cafe & Grill. Second place was awarded to Tonia Smiley. And bringing up the rear in third place was Tom Craker. 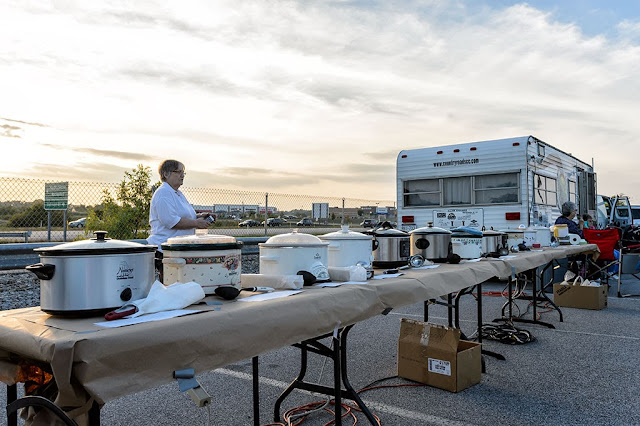 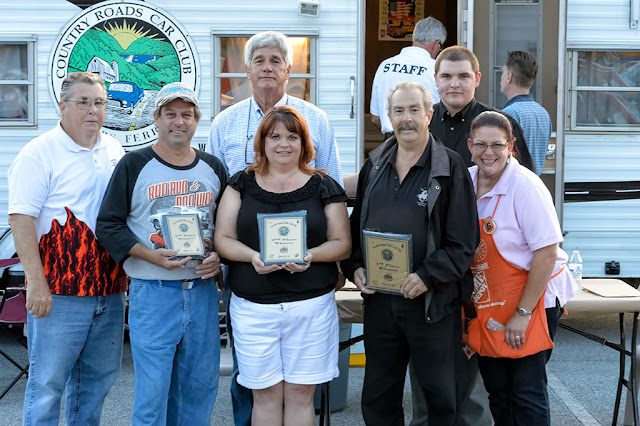 Specialty awards for the Peoples' Choice and "The Hottest" were also given. 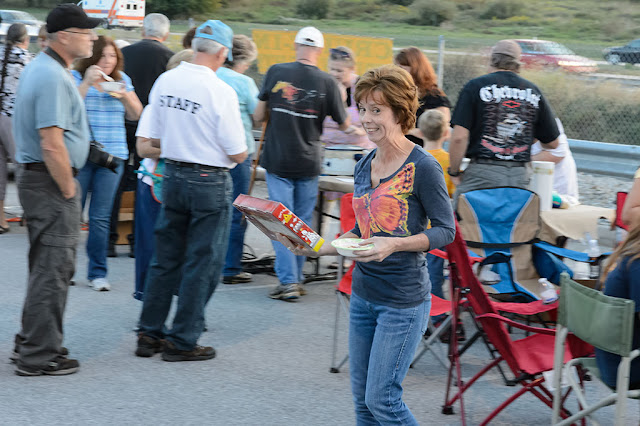 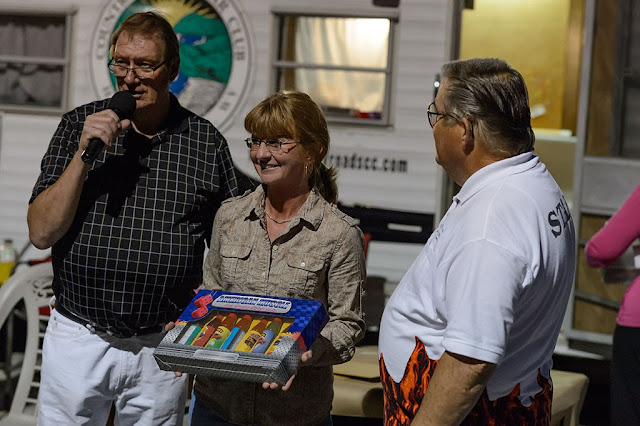 After the judging, volunteers dished out chili to anyone who wanted a bowl. I couldn't help but make a few lunch lady references. Donations were also being accepted for the local food pantry. Country Roads Car Club has literally raised over a ton of food donations this year. 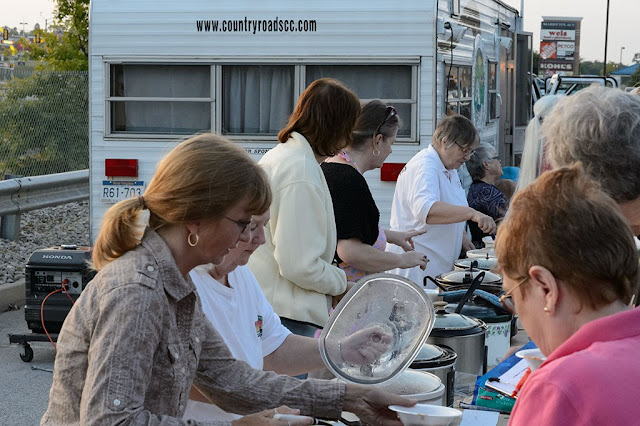 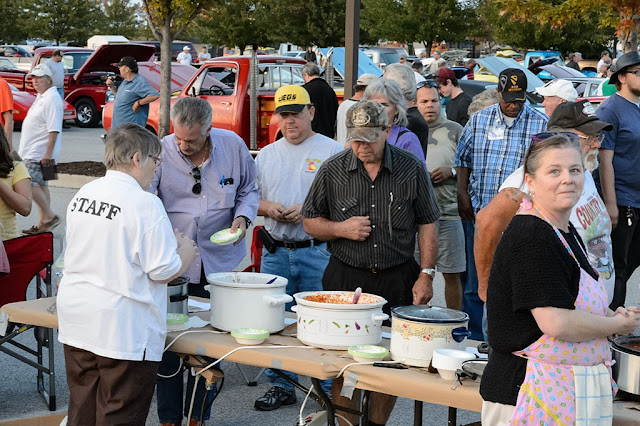 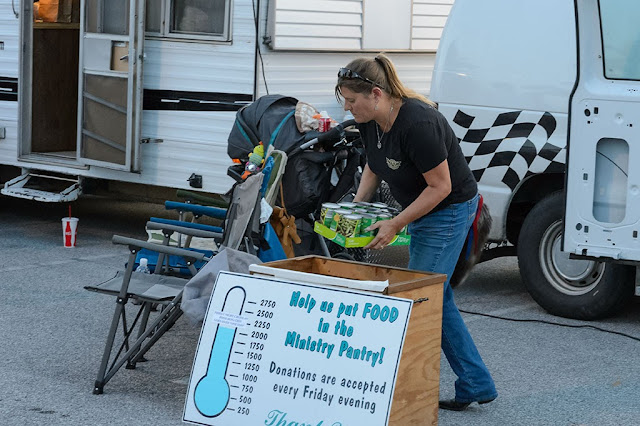 With some of the chili being as hot as it was, many people were quick to use the ice cream services of D and E Novelties.  Their ice cream truck makes an appearance most nights of the Cruise-In. 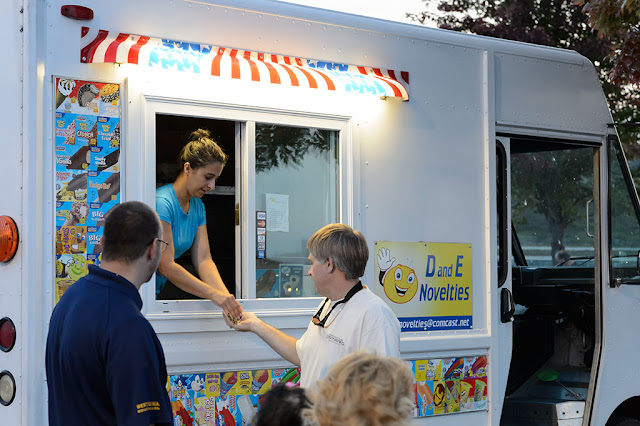 The fun continued way after dark. Some of the motorcycles that night were sporting lighting effects. This always makes me think of the Lightcycles from the movie Tron for some reason. 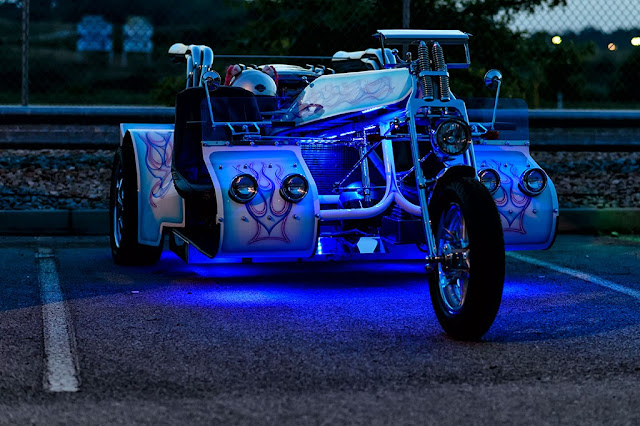 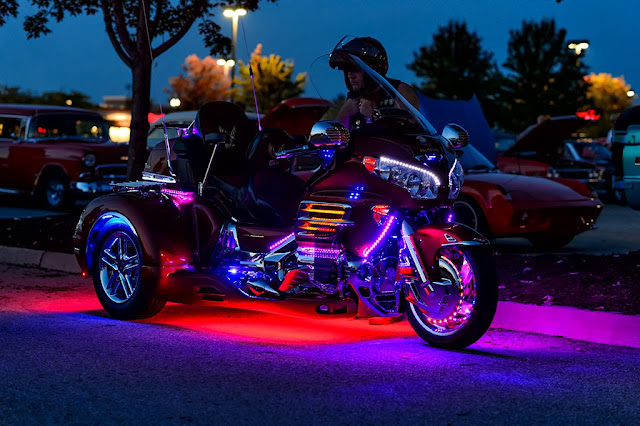 Every cruise night the members of Country Roads Car Club vote to award one car and one bike the Featured Ride" of the night.  This night a Pro-Street Chevy Corvette took home the honors for the cars. 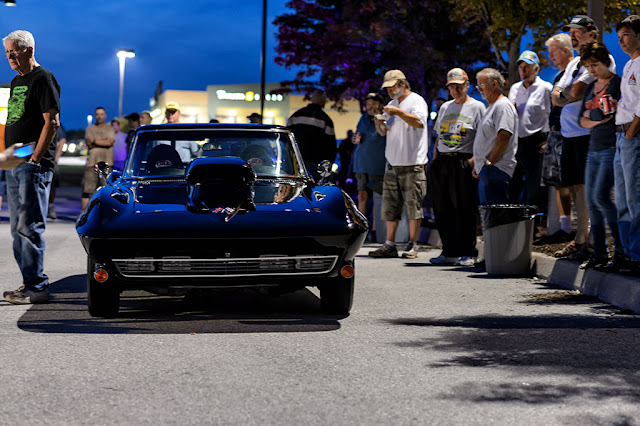 Have you visited the Home Depot Cruise-In in Ranson, WV? Did you go to the Chili Cook-Off?  Let us know what you think. You can also check out a few more photos over at our photo site. BG Customs Photography