Where is the best place to have a car show? Well the fine folks of the City of Ranson, WV think that smack-dab in the middle of town is a good spot and I would have to agree with them. They closed of the main road through town for "The 3rd Annual Ranson Car, Truck, and Motorcycle Show" and lined it with more than 100 of the areas finest vehicles. Bubba's Garage was there and I actually brought out my 2001 GMC Sonoma mini-truck and stayed for the entire show. 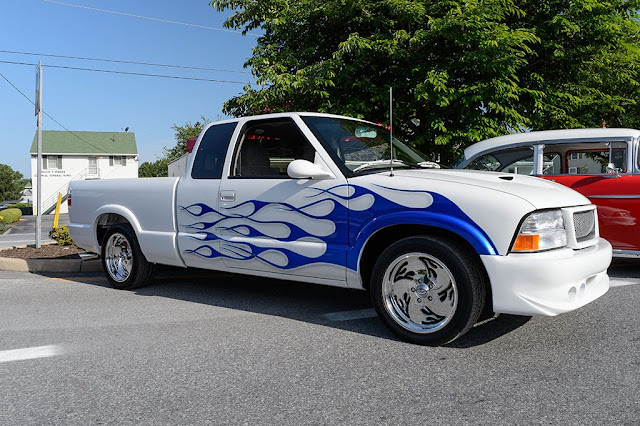 We setup camp out under our good friends, the Shirley's, tent for the day. John and Theresa Shirley brought two of their cars to the show. Their 1955 Chevy is a regular at the local car shows and now they have a new ride in the garage; a 1966 Pontiac GTO. 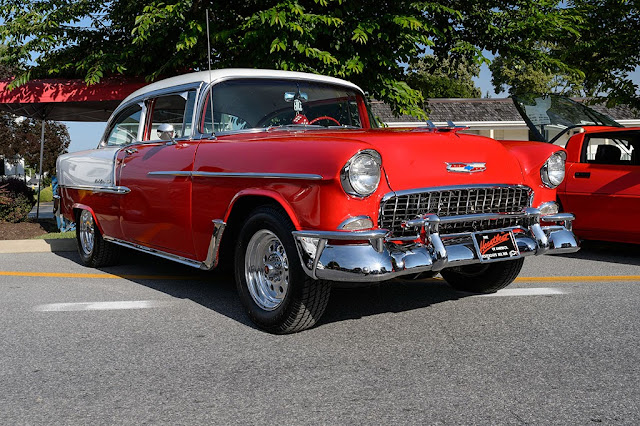 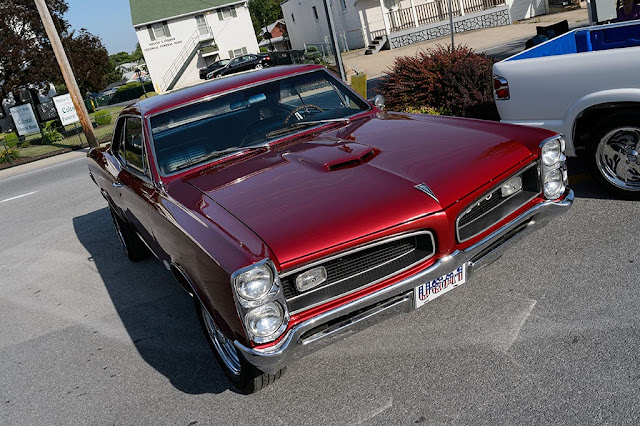 Joining us squatters under the tent was the Kovach family. Frank and Sandy, of Country Roads Car Club, had their 1967 Chevy Chevelle all shined up for the show. 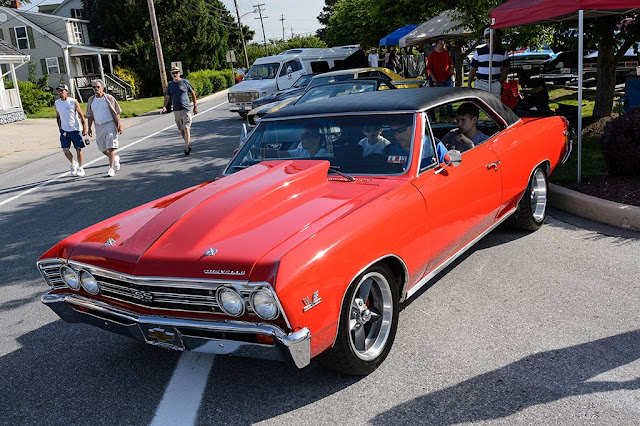 Always drawn to the odd-ball rides, the wife and I both were smiling at Robert Kramer's faux white fur inerior lined 1983 Chevy Van. Riding on an air suspension, it was also slammed to the ground. 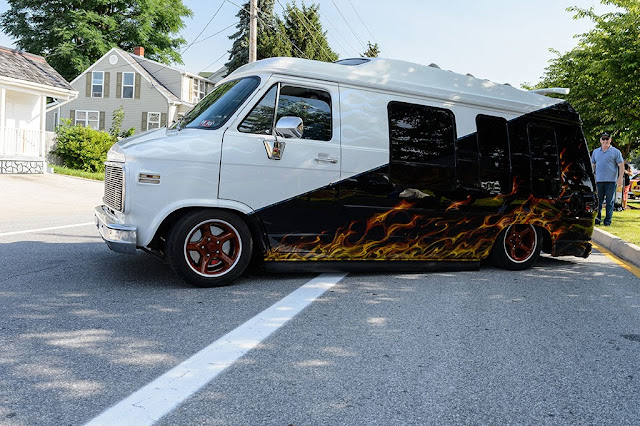 Oh look, another Amphicar! Ronnie Marcus had his half car half boat 1965 Amphicar parked on the Ranson streets. 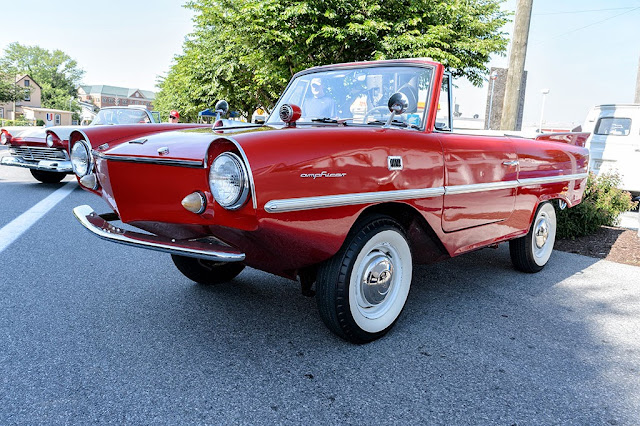 The awards everyone was competing for were top notch. Instead of following the silly "our trophies are bigger than yours" mentality that many shows do the Ranson folks went with high quality. While waiting for the awards ceremony, cruisers could shop a good selection of vendors while their kids enjoyed the games and pony rides. 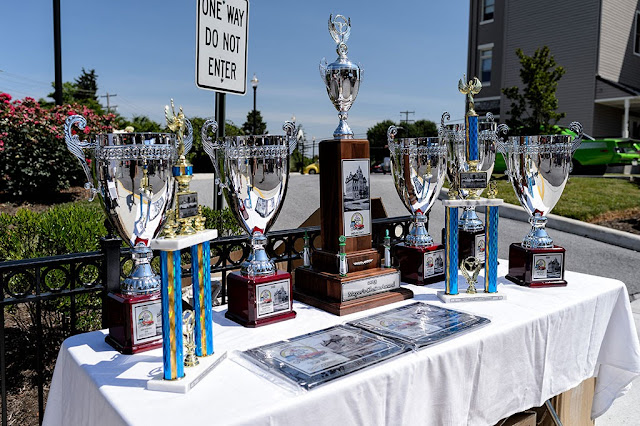 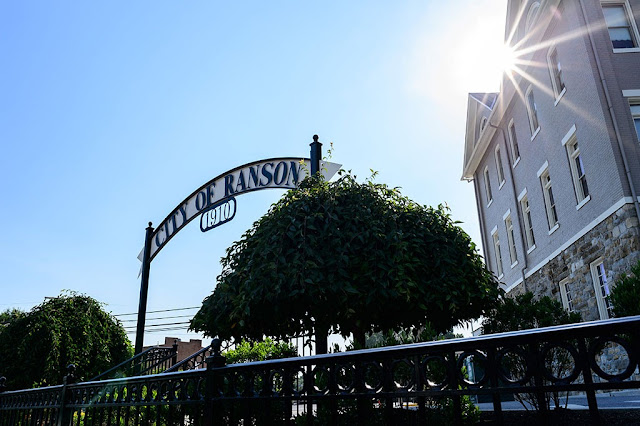 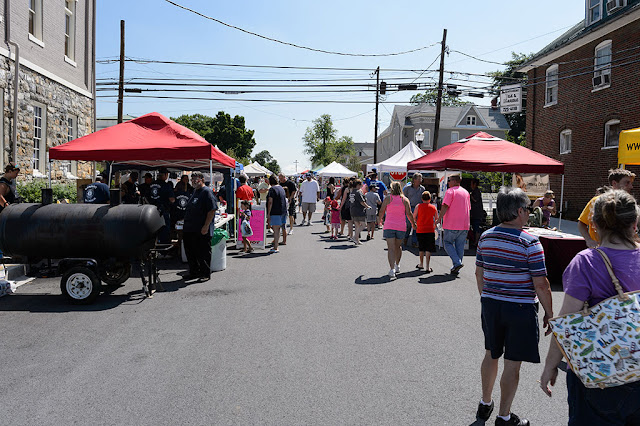 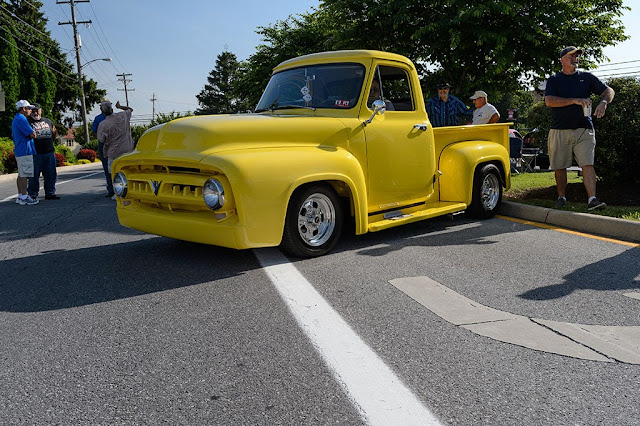 Michael and Linda Watkins' bright green 1974 Dodge Dart also did its best to scorch your retinas under the full sun of the day. 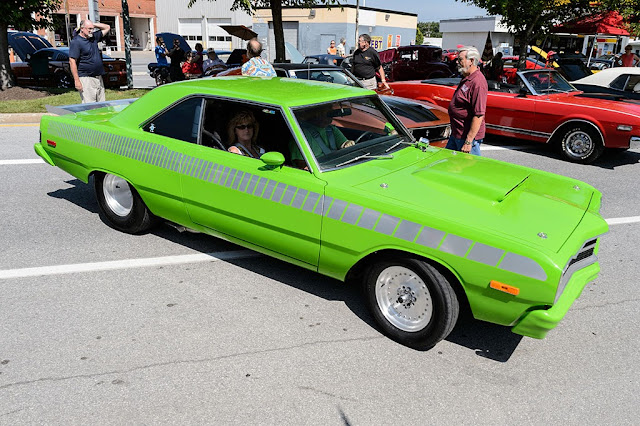 There were also a few younger cars on display. John Shirley was helping to park cars most of the morning and here he is helping Bob Mancuso back his 2007 Ford Mustang GT in to a prime shady spot in Ranson. 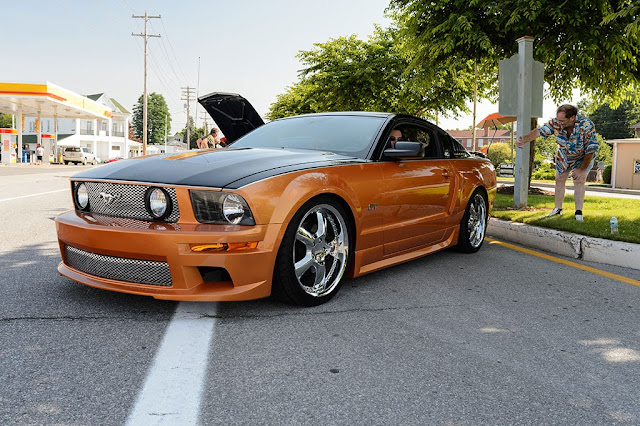 Ann Quesenberry lucked into a prime spot in the intersection of the main drag. She quickly backed her 1929 Ford Model A in and setup shop. 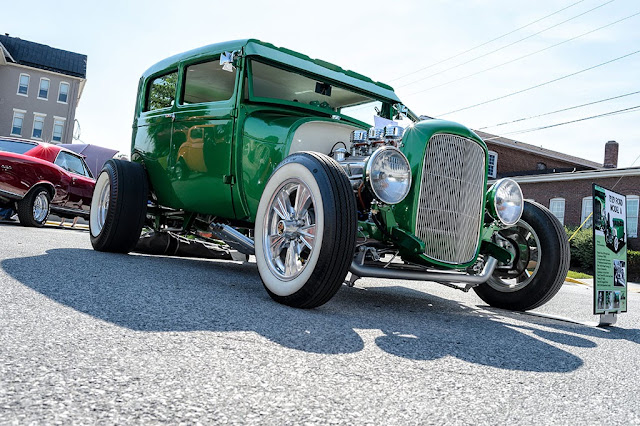 The Ranson Car show is well organized and very enjoyable. With food, music, shopping, and great cars why wouldn't you want to be here? 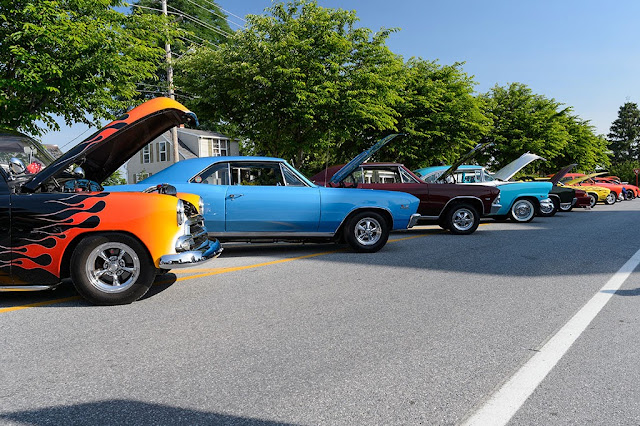 There are plenty more car photos from the Ranson Car Show over on our photo site. BG Customs Photography  Be sure to check them out!