Checking out the new cars at the AACA Museum

You never know what you might find at the Antique Automobile Club of America Museum in Hershey, PA. The vehicles on display are always changing so you get to see new things on almost every trip. Bubba's Garage was in the neighborhood recently so we decided to see what the museum had brought in for the summer. The first car that peaked our interest was a green 1932 Ford Roadster. The "Ricky Nelson Roadster" was seen in the '50s "The Adventures of Ozzie and Harriet" TV show. 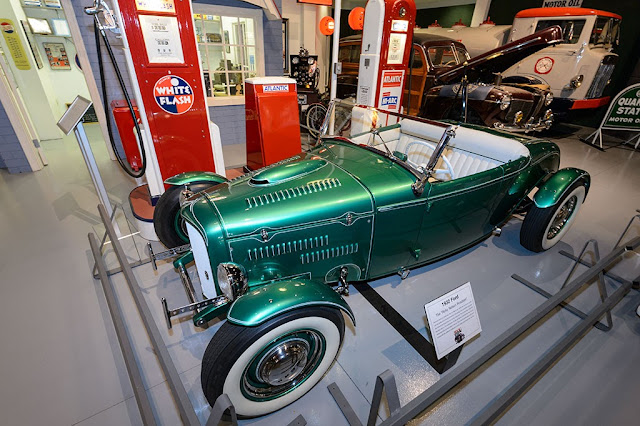 How about something with a little more room? You can't go wrong with Paul and Lynn Kilker's 1956 Packard Caribbean. 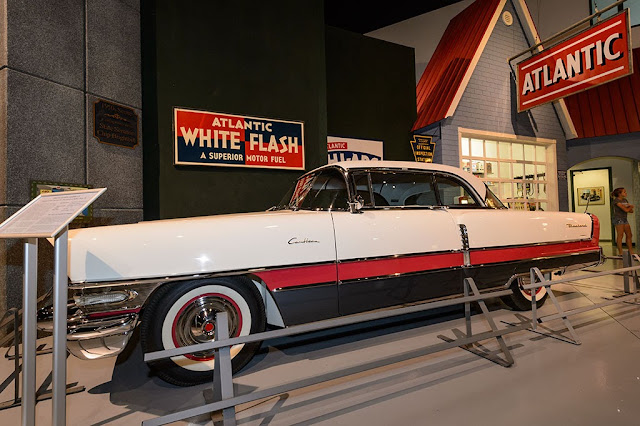 Not bright enough for you? How about the museum's 1969 AMC "Big Bad" Orange AMX?  Only 284 of these cars were produced in this color and the AACA Museum owns one. 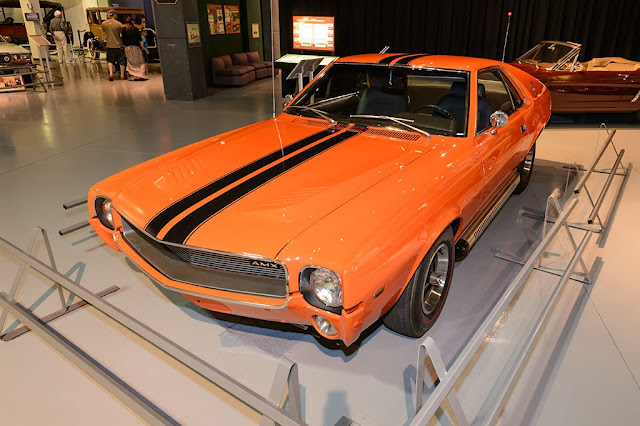 I am actually looking for a road vehicle to take to events across the country. Sitting in the museum may be a great choice. I have always been partial to station wagons for some odd reason. A late 60's Buick Sportwagon like Stanely Sipko's 1967 Buick Sportwagon would make for some great roadtrips wouldn't you agree? 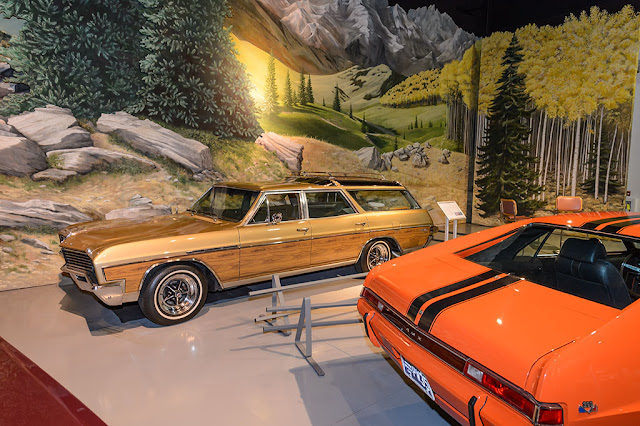 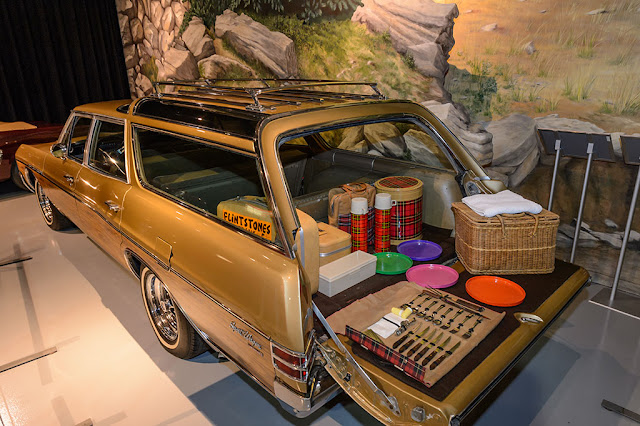 Or maybe you would prefer a van for your roadtrip? Richard Reischman's 1961 Volkswagen Transporter might work. 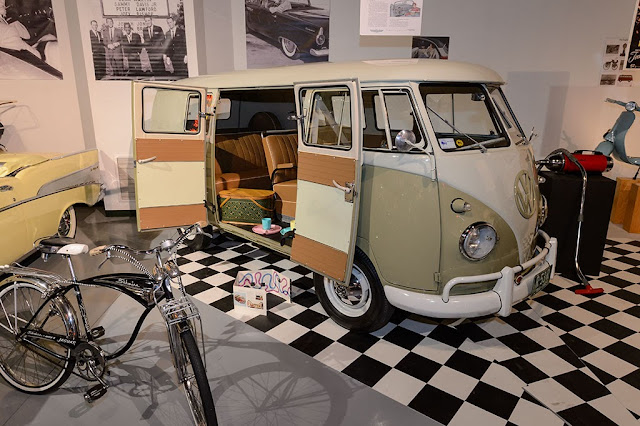 If your "East bound and down, loaded up and truckin'" you may just want the Bandit to run interference for you. The museum was displaying the first 1978 Pontiac Y-84 "Special Edition" which was once owned by Burt Reynold's. 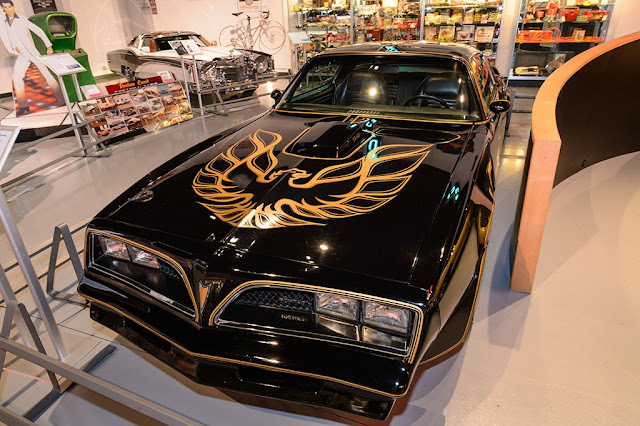 And how about something completely different? This car isn't just cool it's fly. In fact it is "Super Fly". Customized by the Dunham Coach Motor Company, Pepy Beniquez's 1967 Cadillac Eldorado is over the top. It has even appeared in the movie "Fort Appache the Bronx". 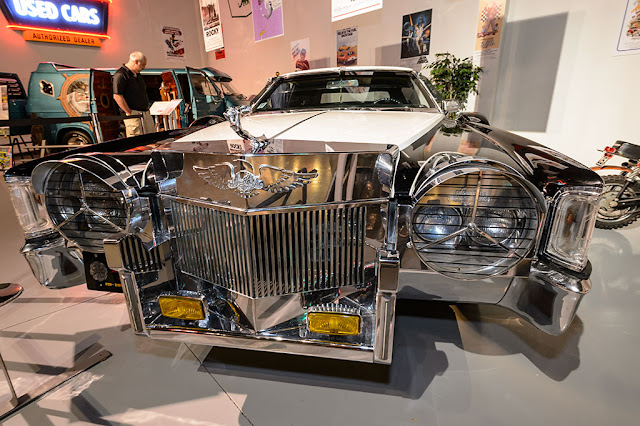 Can't get enough of the Durham Coach Motor Company cars?  Pepy's 1971 Corvorado Diamond Eagle #1 sits right next to the '67. This car saw even more screen time with such movies as "Live & Let Die" and "Superman". 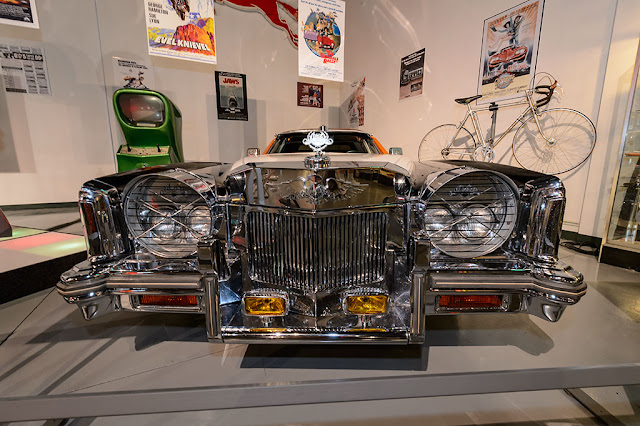 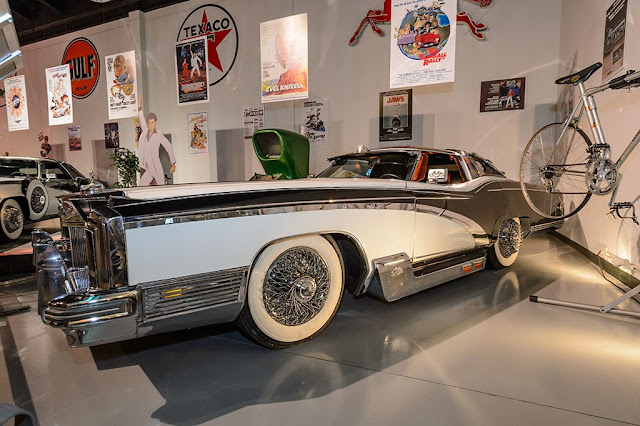 These car photos are only a small sampling of what is on display at the AACA Museum in Hershey, PA. If you are in the neighborhood, make sure to drop by and tell them Bubba sent you.