Solar Eclipse Train on the GSMR

We purchased tickets from the Great Smoky Mountain Railroad (GSMR) to ride their "Solar Eclipse Train" from Bryson City, NC to Dillsboro, NC. Fearing traffic during the day of the solar eclipse, we arrived early. This gave us time to watch them prepare their Baldwin S160 class 2-8-0 steam locomotive #1702 for the day's run. 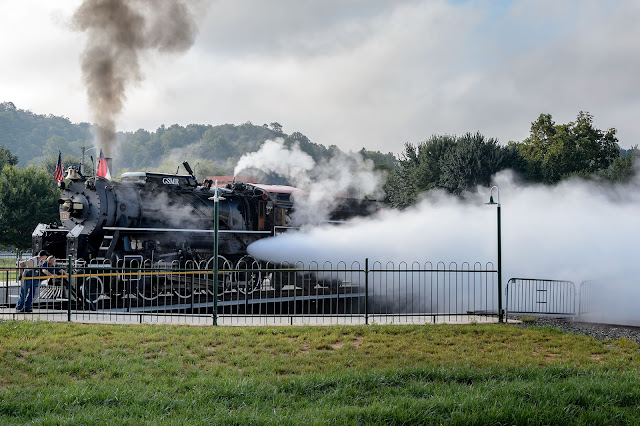 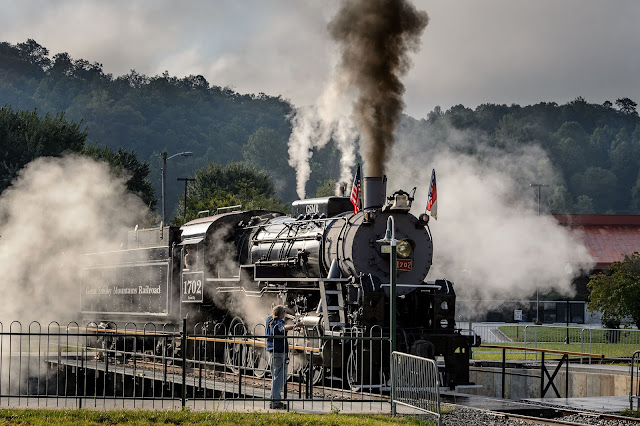 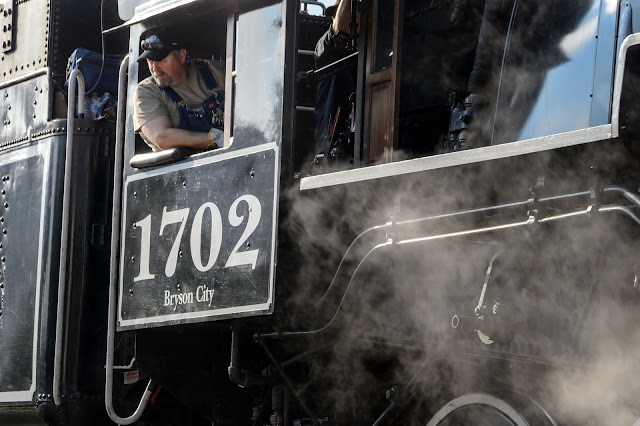 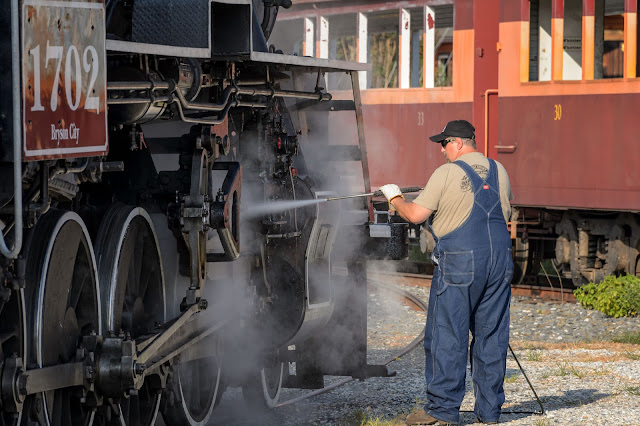 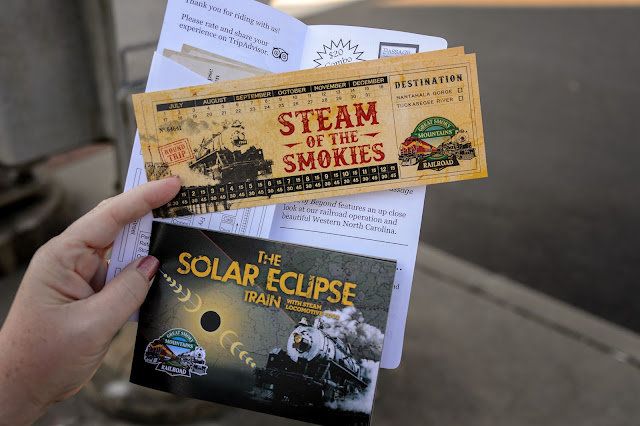 This was a big day for the GSMR.  They were pretty running everything they had available. Another train full of passengers was running in the opposite direction. We were able to see the diesels pullout before us. 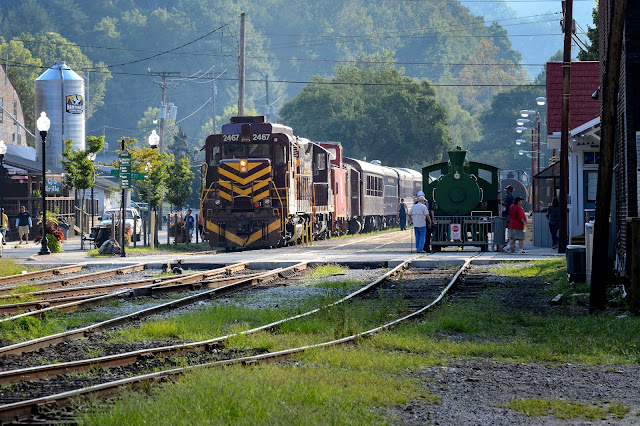 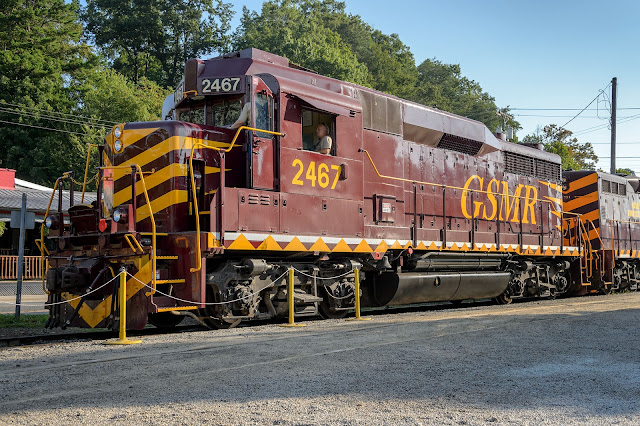 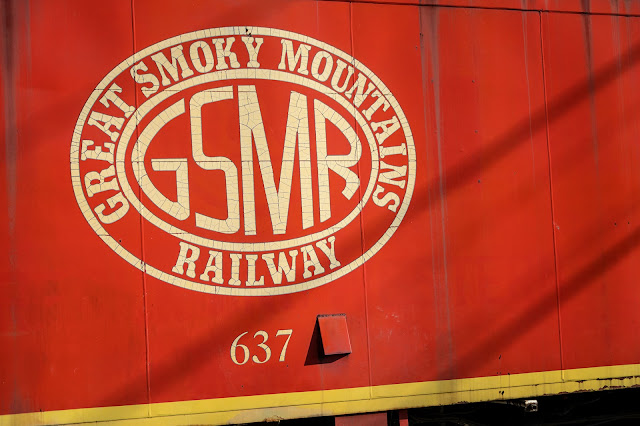 Our train then moved into position. The steam locomotive had some help from two Great Smoky Mountain Railway's GP9s (#711 and #1755). We opted for the open air car. We would be riding in the Sarge Revis. 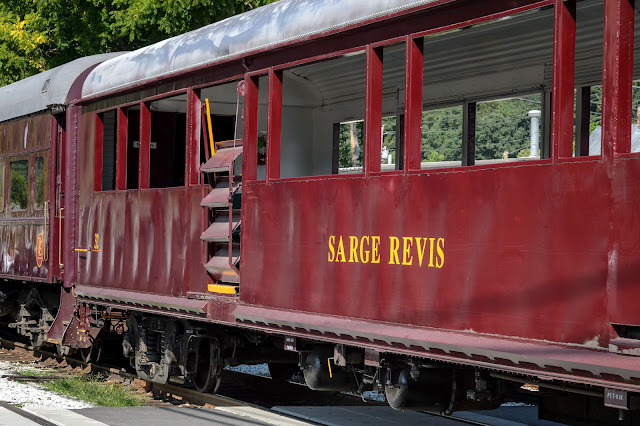 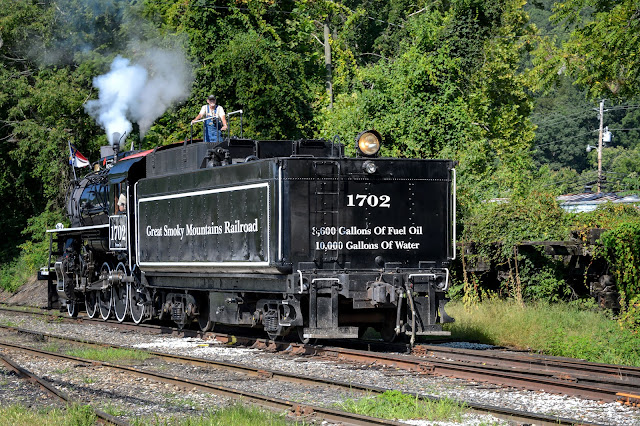 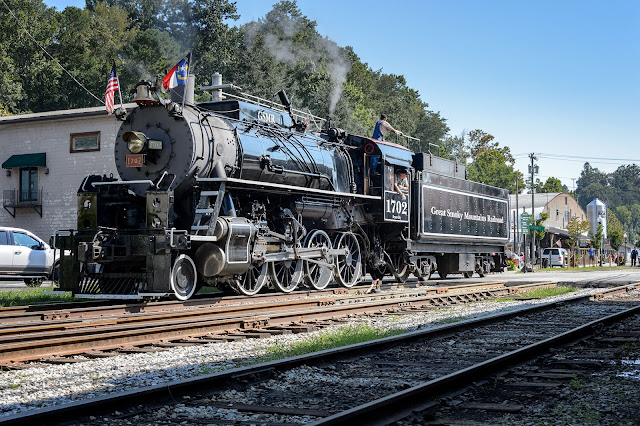 We soon loaded and traveling down the rails enjoying the fine scenery and some musical entertainment. 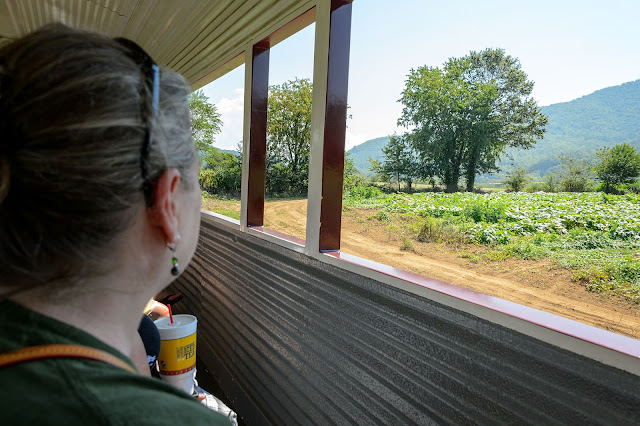 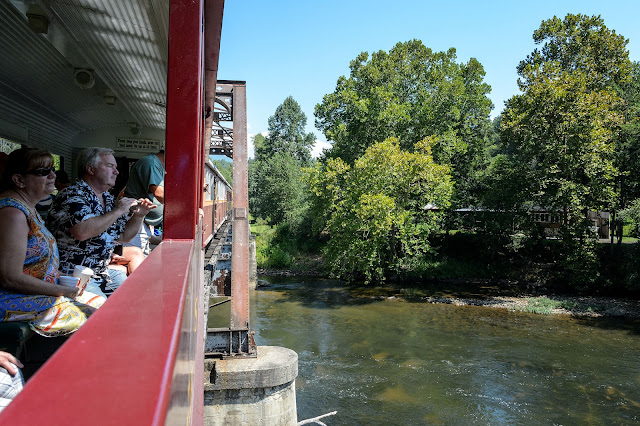 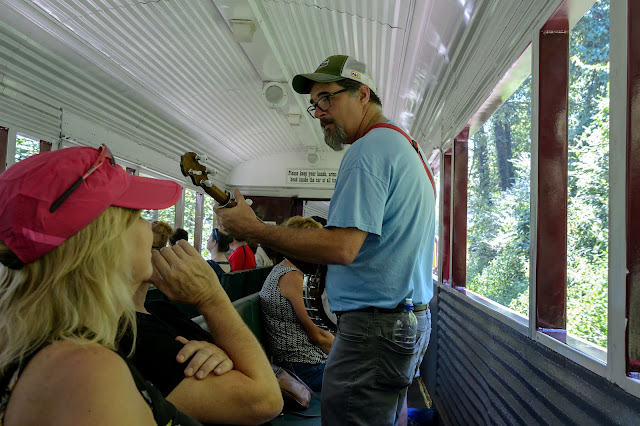 Most of the wreckage from the train scene of the 1993 movie "The Fugitive" still sits next to the rails and gives you something interesting to look at along the way to Dillsboro. 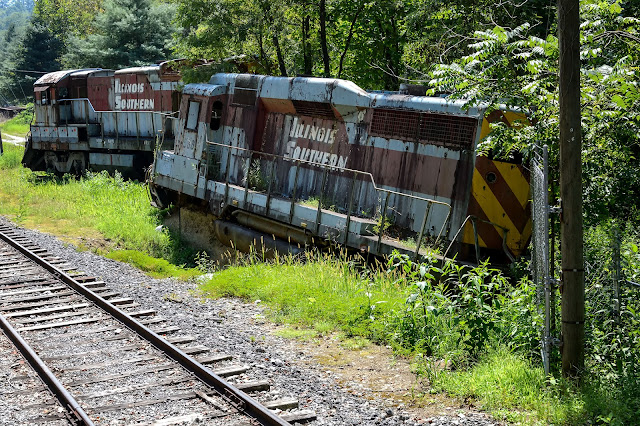 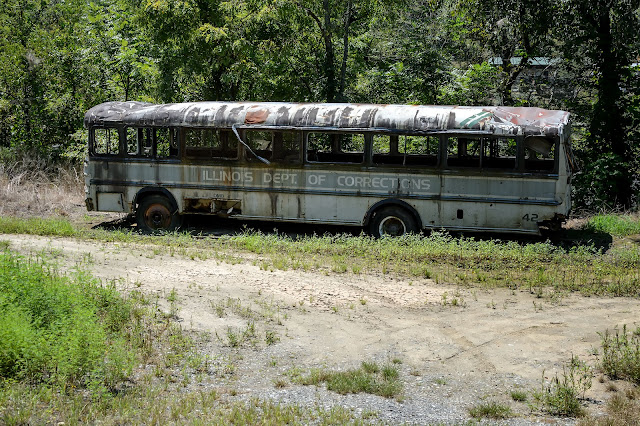 The folks of Great Smoky Mountian Railroad did a fine job setting up a space to view the total solar eclipse. During the layover, we had music by BEAU + LUCI, food, and a decent view of totality to round out the festivities. We thoroughly enjoyed our trip. 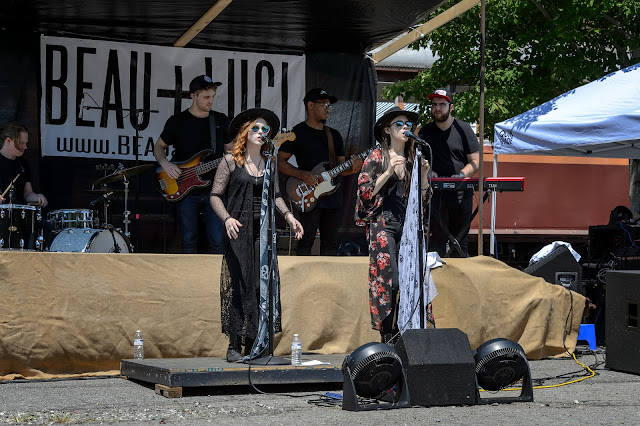 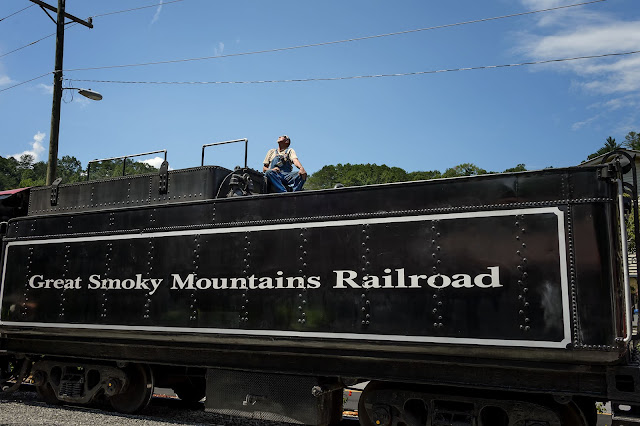 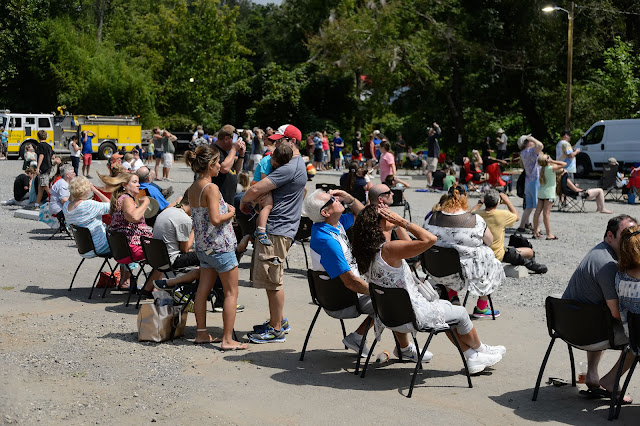 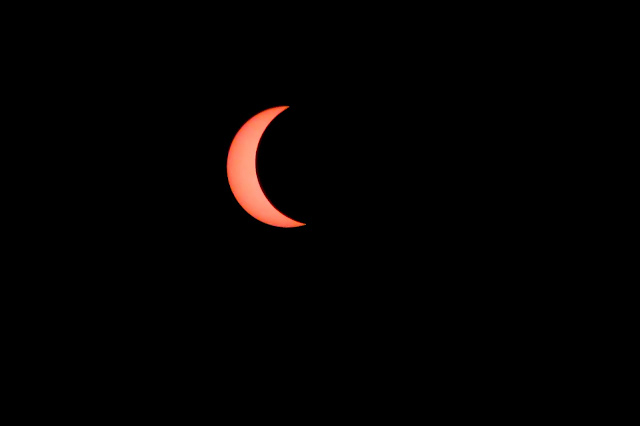 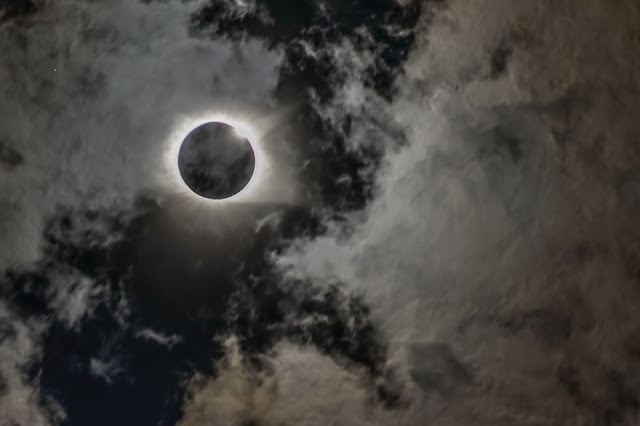 More photos can be found over on my photo site: Bubba Harmon Imaging