Photos from World of Wheels Car Show in Pittsburgh

The crowds lined up for the 54th Annual World of Wheels, held at the David L. Lawrence Convention Center in Pittsburgh, Pennsylvania, and we were there to record the action for you. The $16 general admission fee gave you access to hundreds of cars, trucks, and motorcycles plus a few celebrities as a bonus. 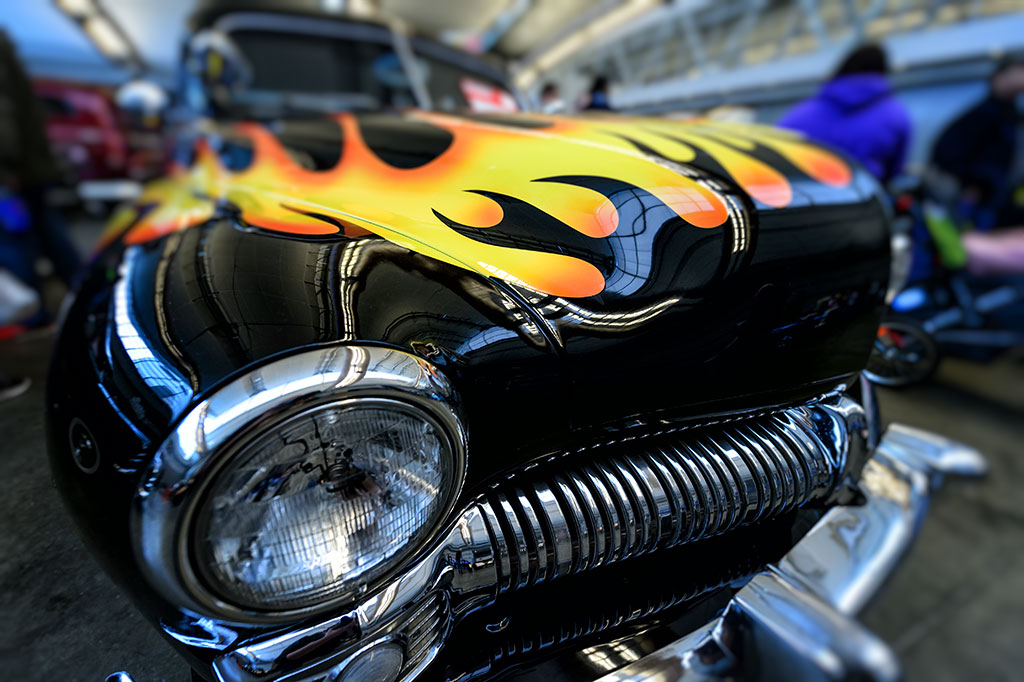 We always make a beeline to high budget show vehicles when we arrive at one of these shows. This is the best way for you to be able to see all the details of these remarkable machines before you are elbowed out by the crowds. Sean and Louanne Ripp's 1965 Ford Mustang Fastback was one of those remarkable vehicles. 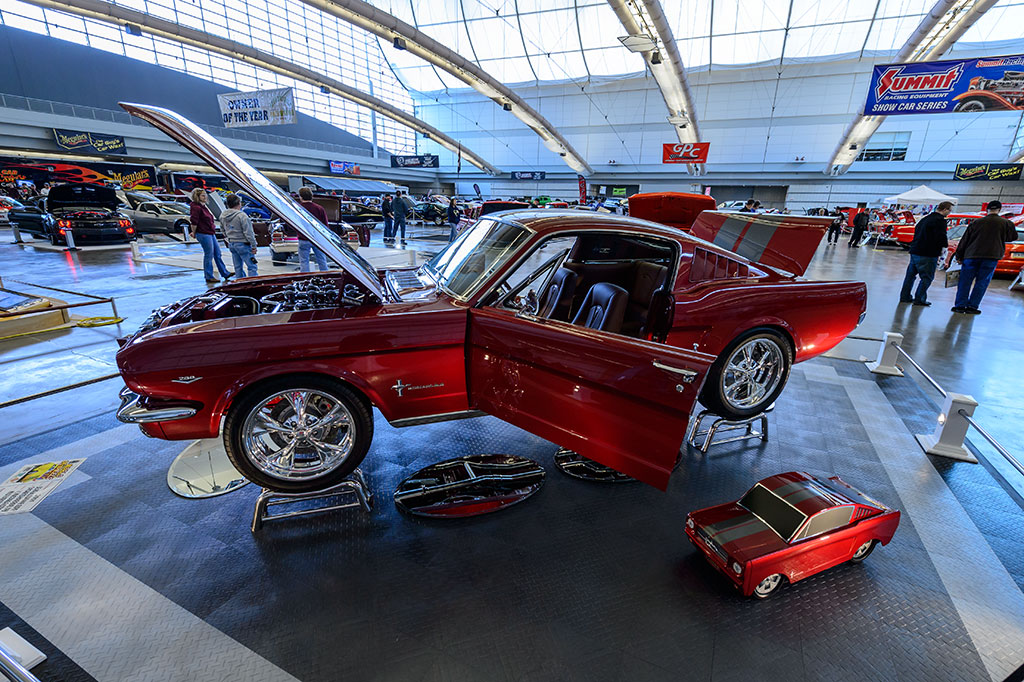 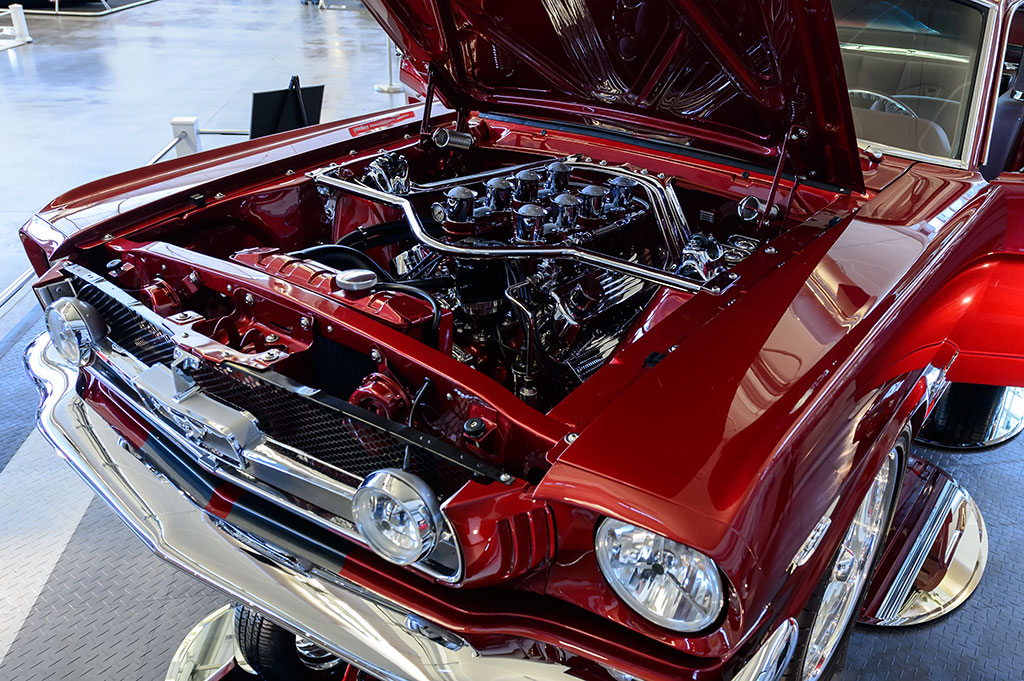 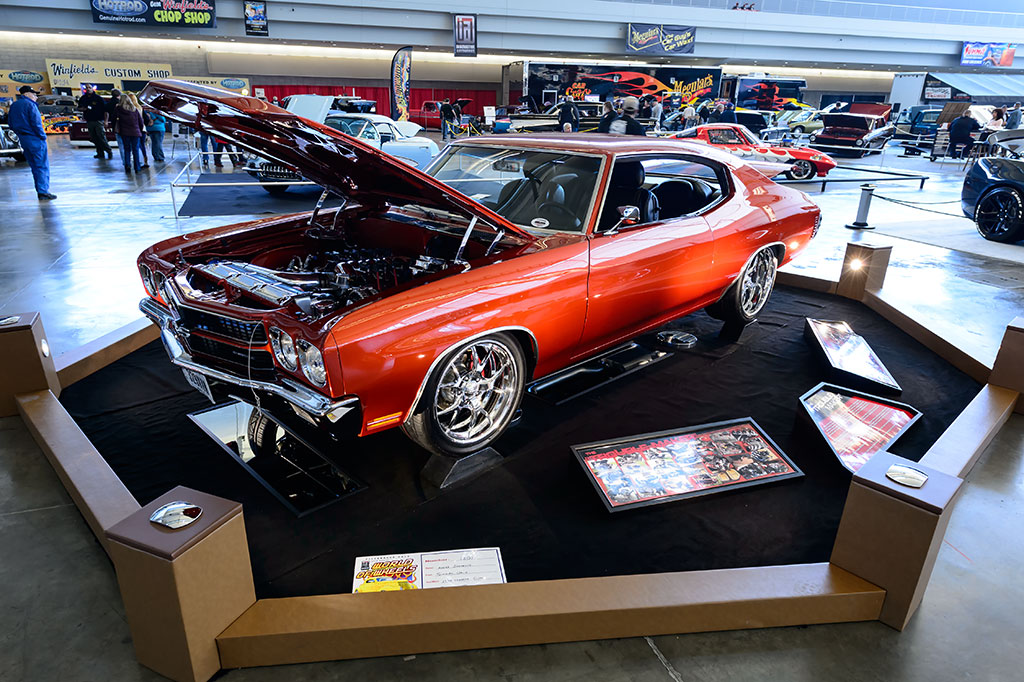 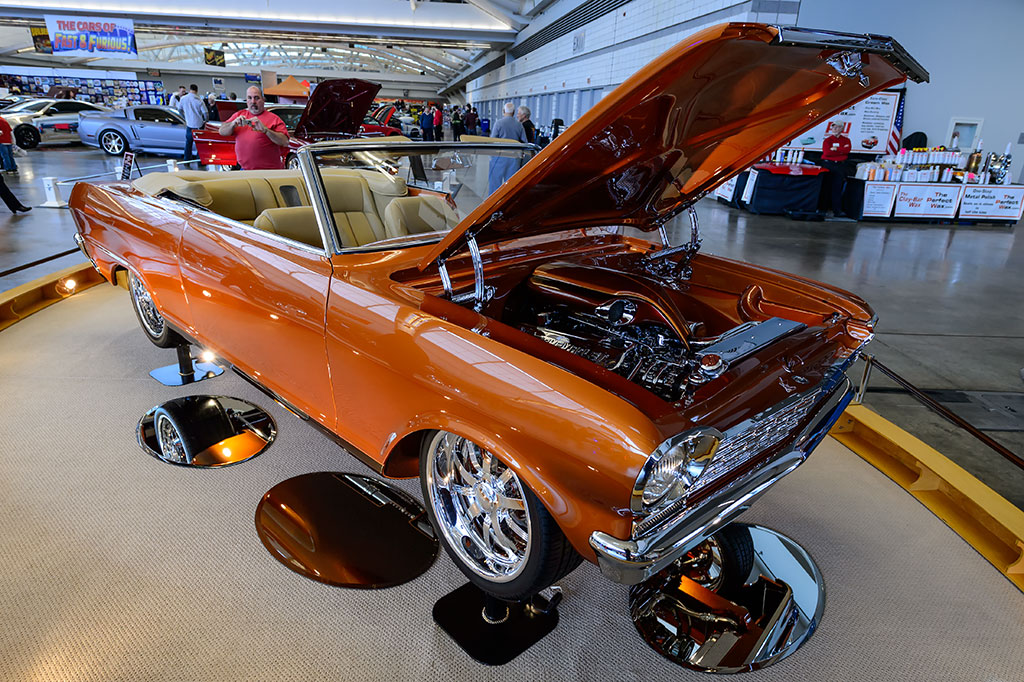 You could find many trucks on the show floor but none more stunning than Jason Jones' 1973 Ford F-100 from On The Ground Designs known as "The Boss." 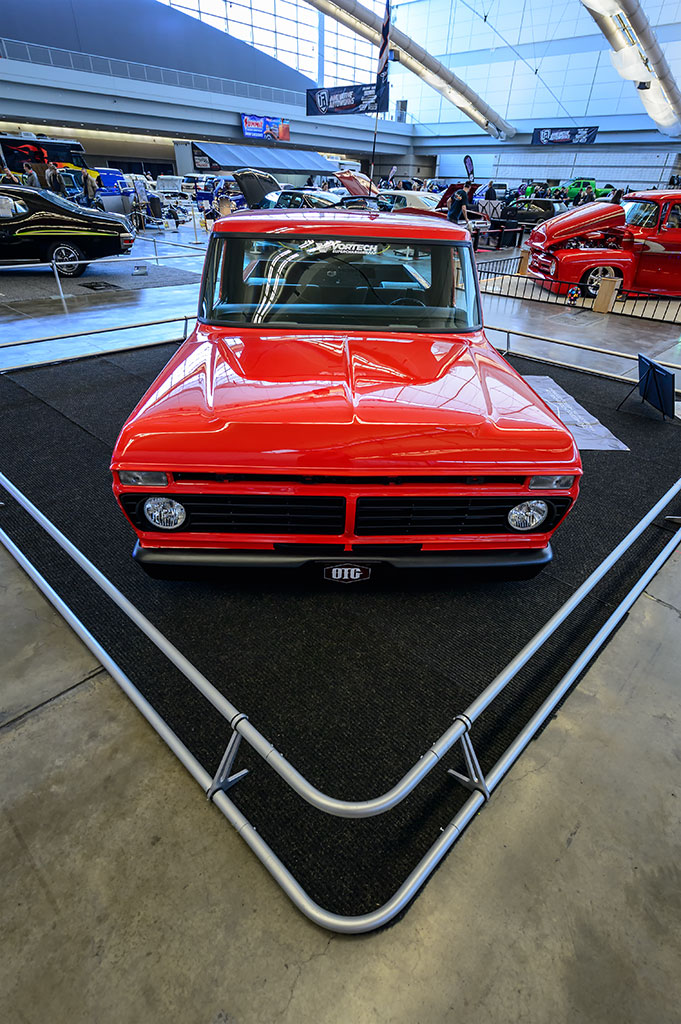 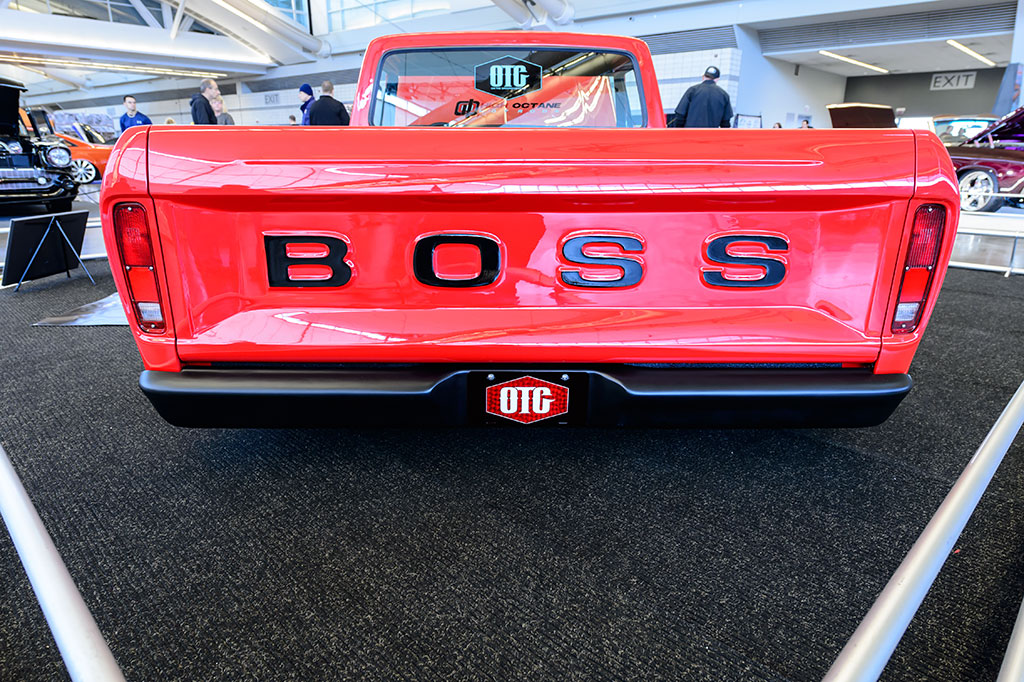 Stock classics are always a treat. We chatted with John Thornton about his gorgeous restored 1958 Olds Super 88. 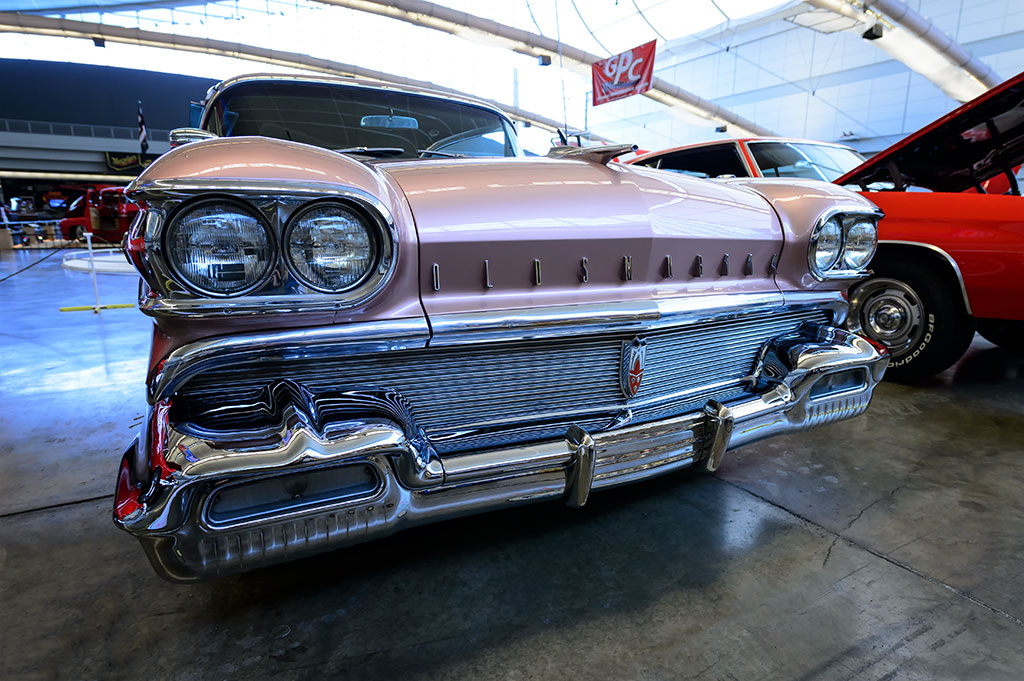 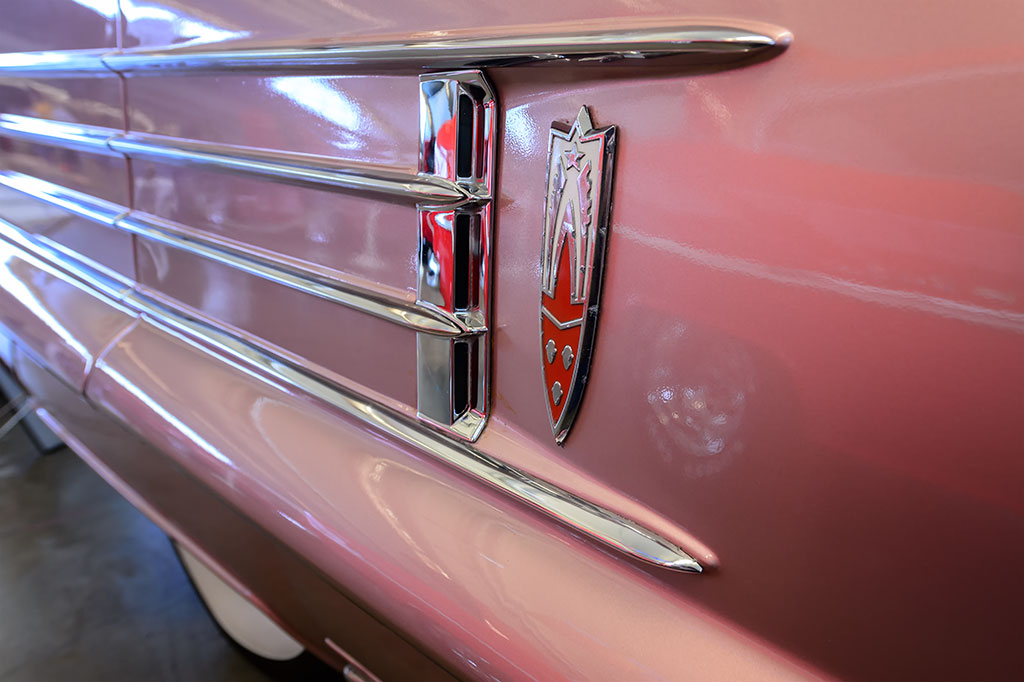 Do you love quirky details? A stroll through the show floor would produce all manner of hood ornaments, signs, and props. Many of them are PG-13 but done in fun. 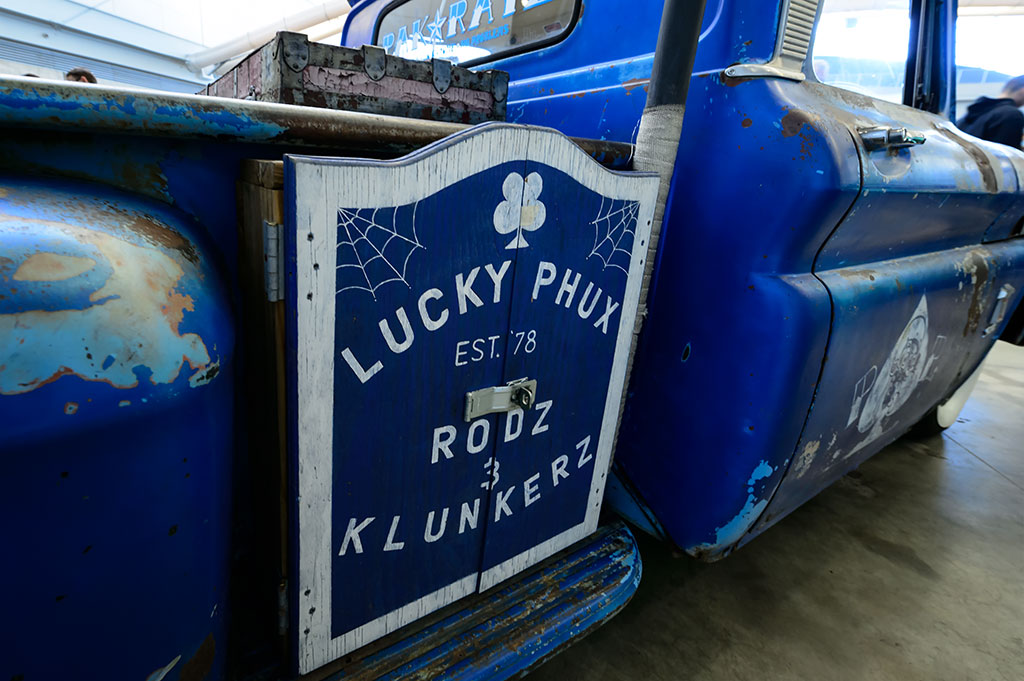 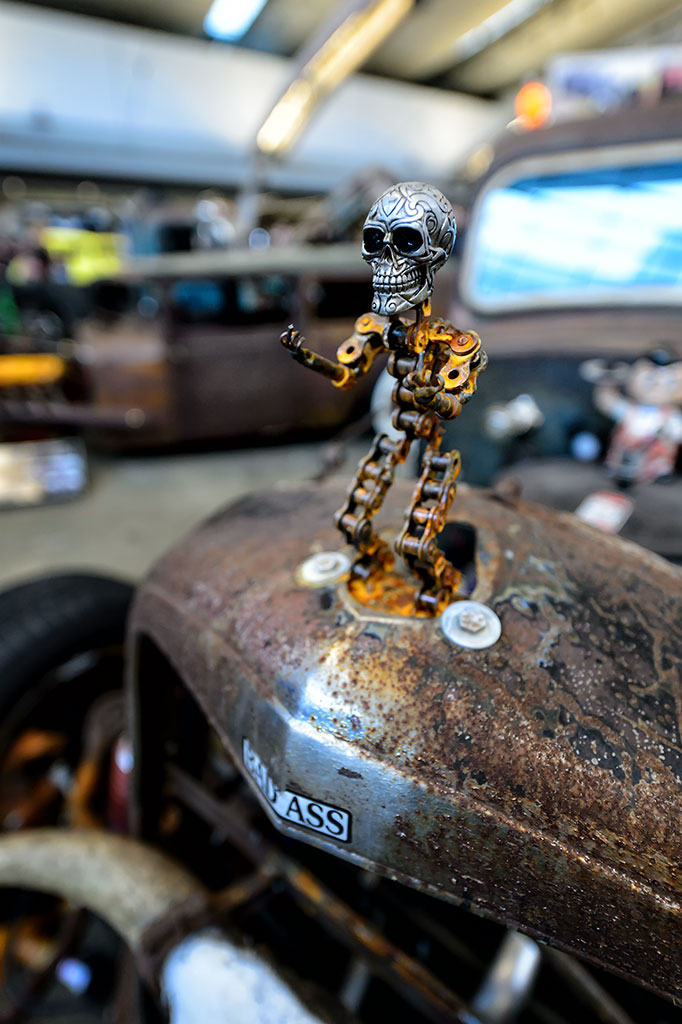 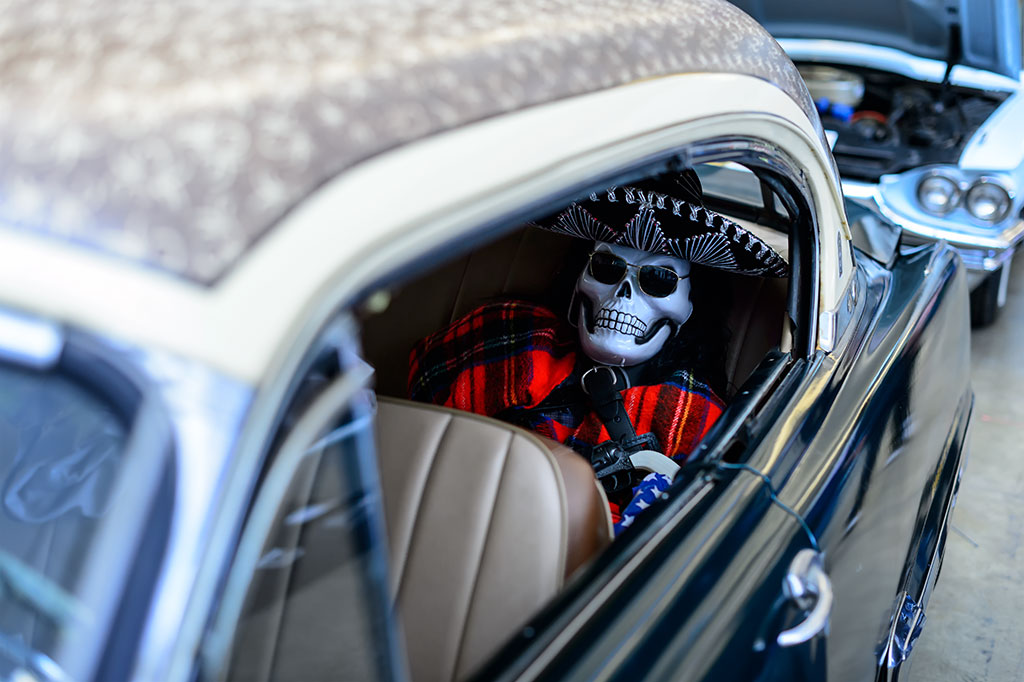 Gene Winfield was on-hand at the World of Wheels once again building a couple of hot rods and selling collectibles. The vehicles being built were a 1948 Chevy and a 1932 Ford. 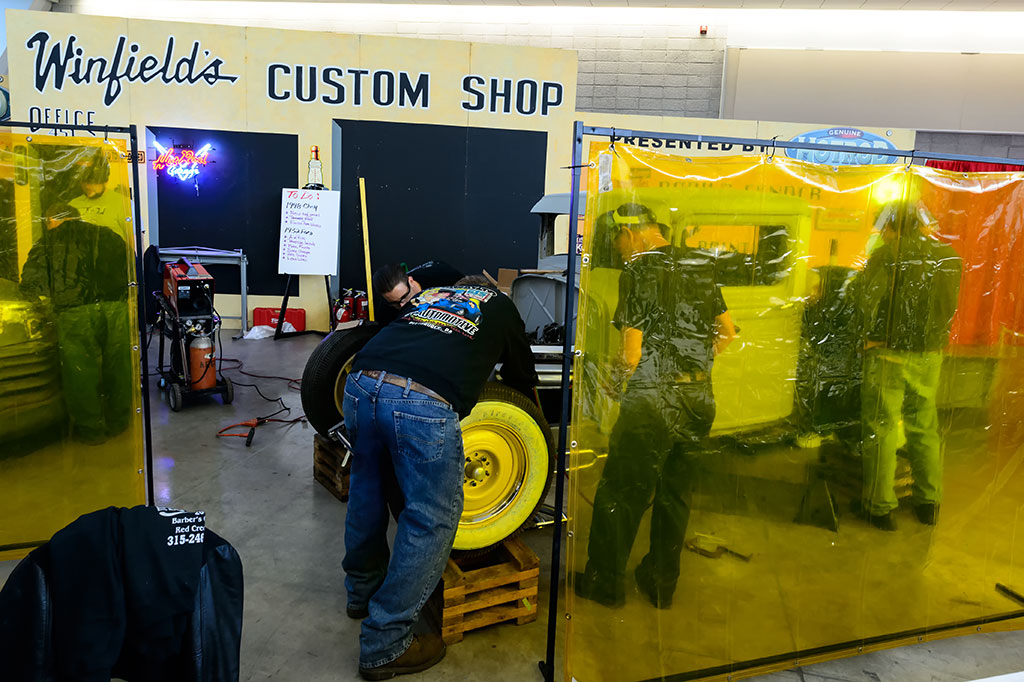 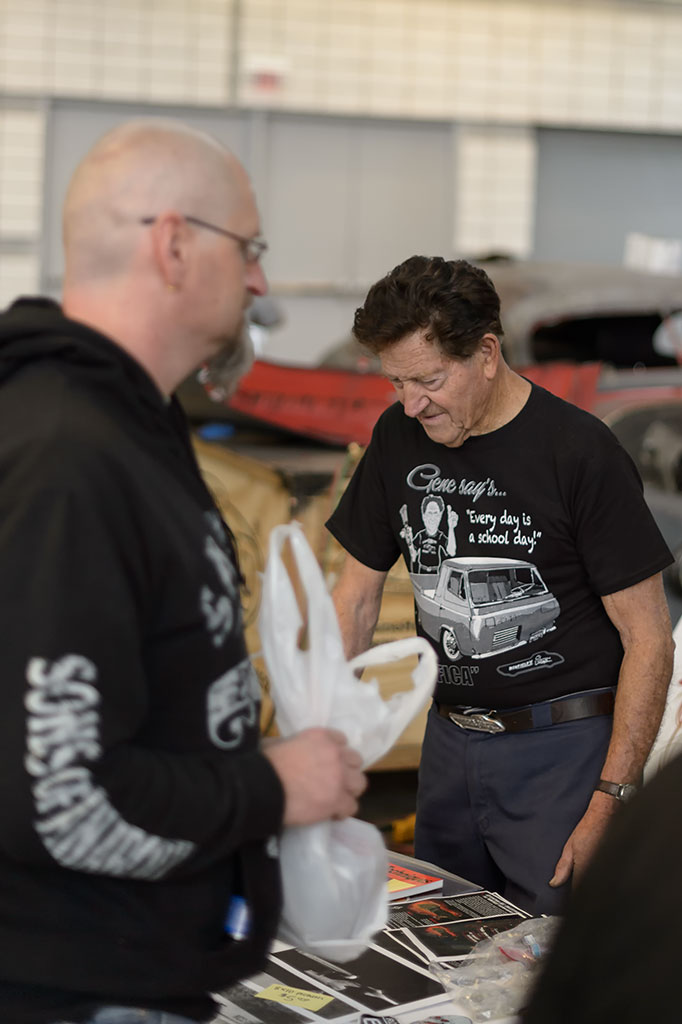 You could watch the artists of High Scrollers Charity Auction create fantastic pinstriped items to raise money for the Autism Society. 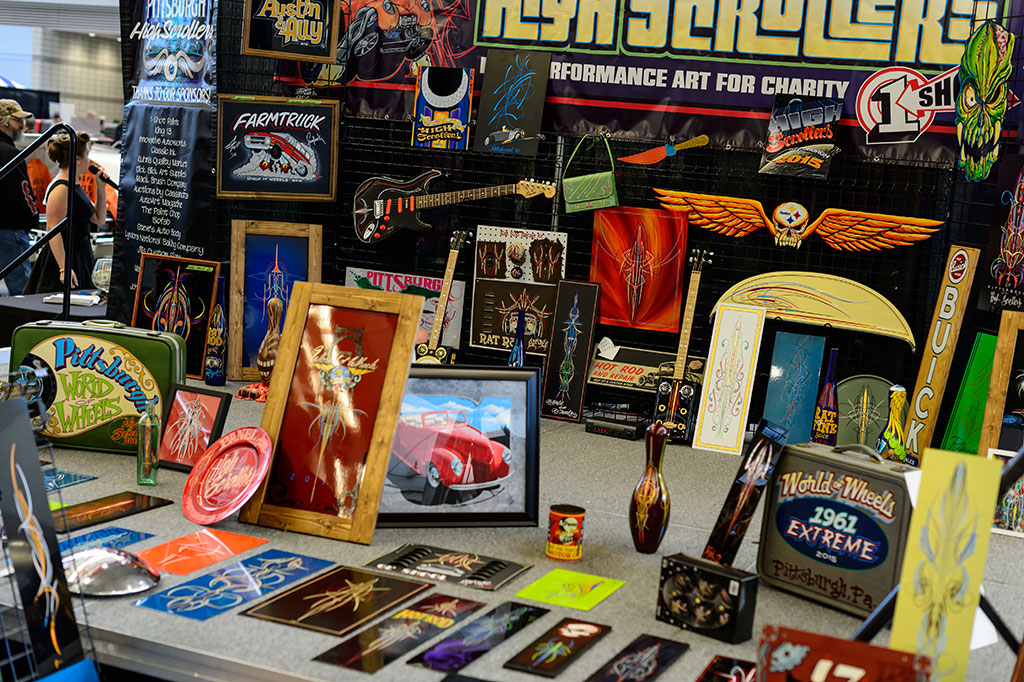 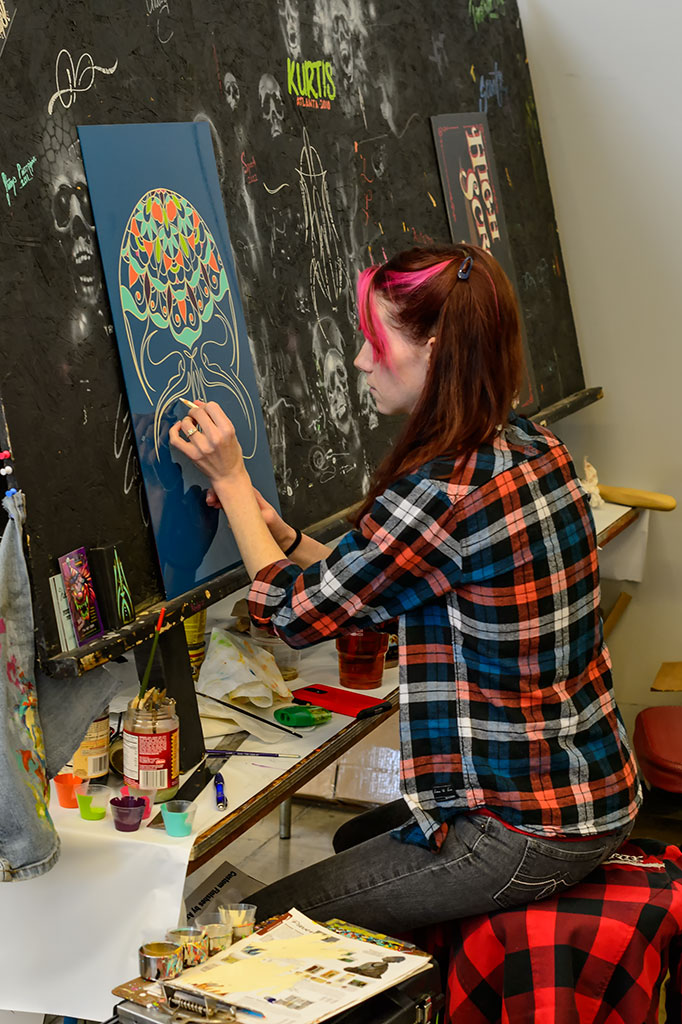 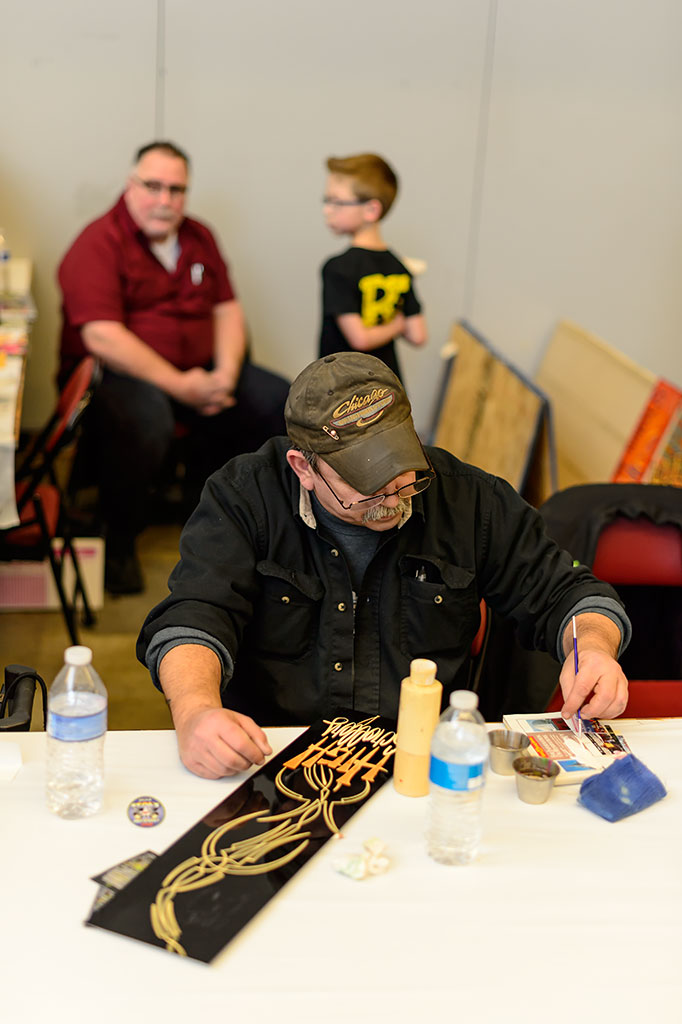 If you like motorcycles you wouldn't have been disappointed with the bikes on display. Our favorite ride had to be Mark Giles' 1940 Harley Davidson Knucklehead. 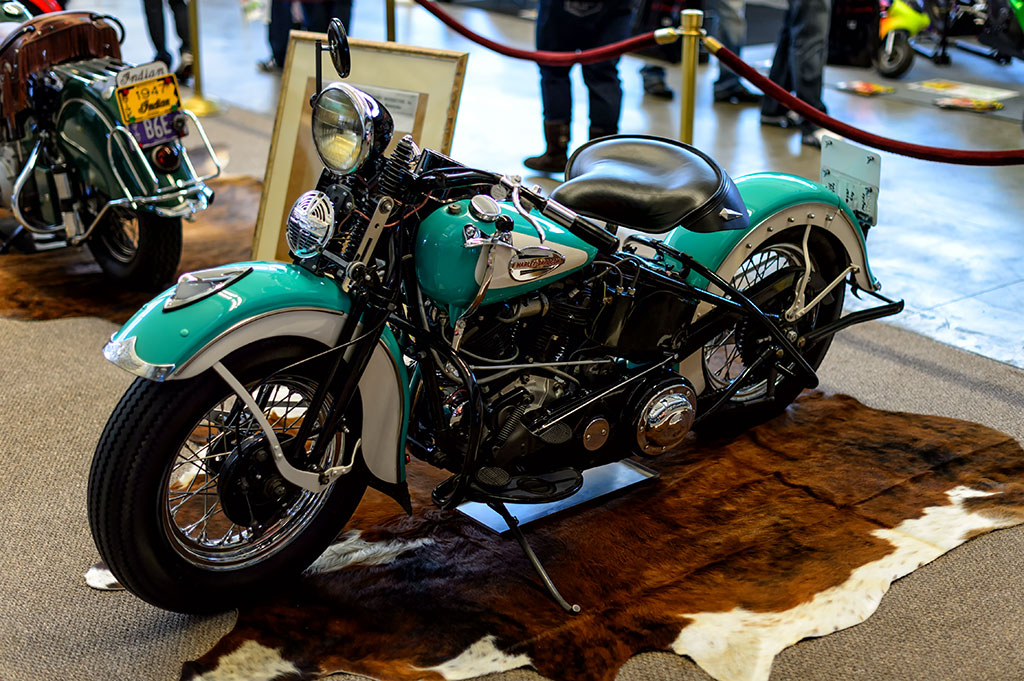 How about a little Fast and Furious action? Five cars from the series were available for photos including probably the best known, 1970 Dodge Charger driven by "Dominic Toretto" (Vin Diesel). 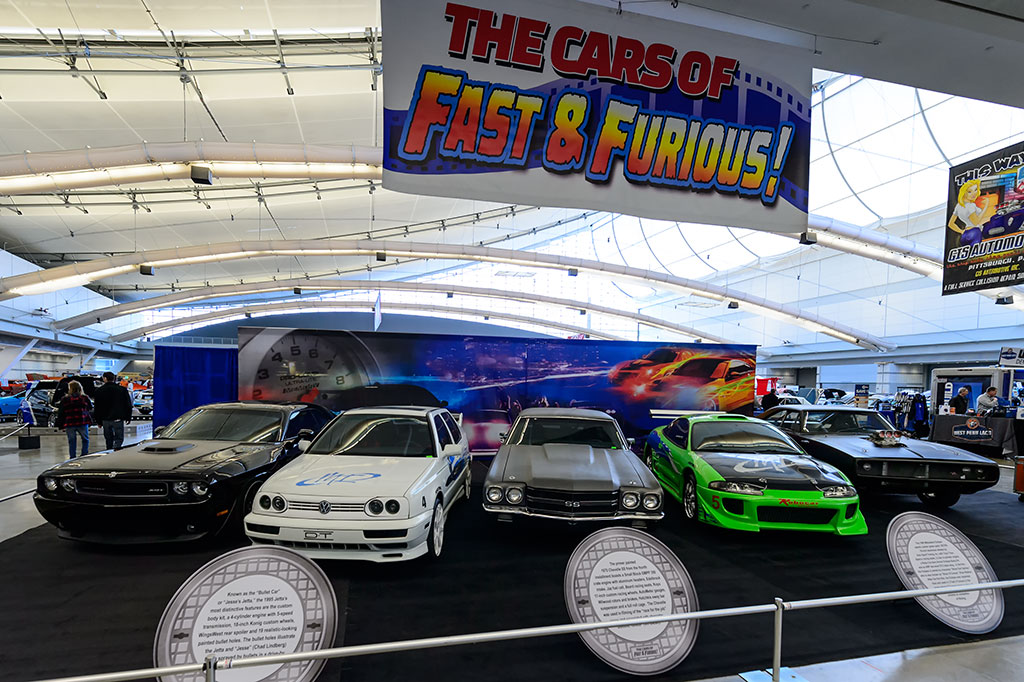 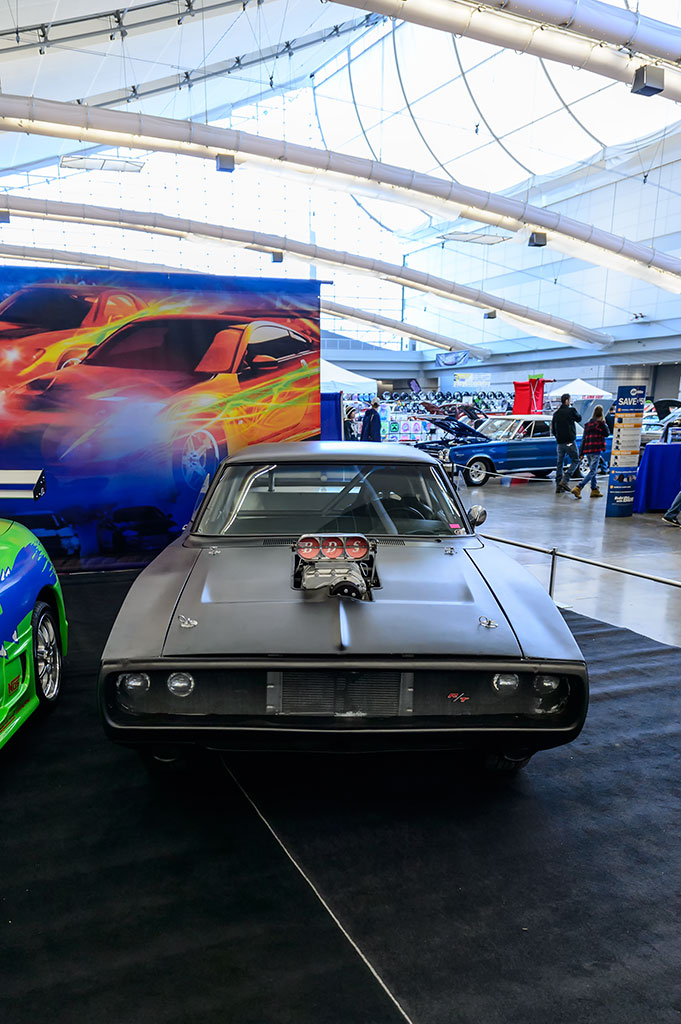 Check out the rest of our World of Wheels photos from Pittsburgh over on our photo site including race cars, tuners, muscle cars, trucks, and of course rat rods. You can find them all at BG Customs Photography.