If you are looking at over three hundred of Philadelphia's finest show vehicles under one roof then you must be at the NorthEast Rod and Custom Car Show. This wonderful show was held for the 3rd time at the Greater Philadelphia Expo Center in Oaks, PA. It brought together hot rods, customs, trucks, motorcycles, race vehicles, and more in one place to entertain you. 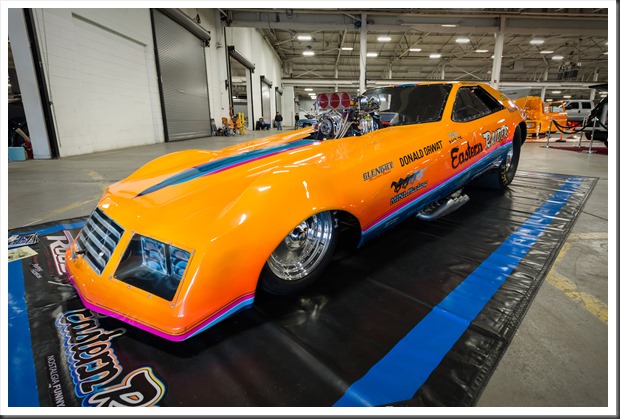 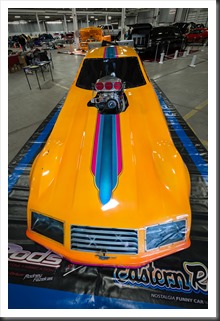 Rodney Fazekas of Rod’s Custom Fabrications was available to talk about his restoration of Al Hanna’s 1980 Eastern Raider Nitro Funny Car. Rod was gracious enough to lower the body on the car so we could snap a few photos of the vintage 6.13 ET and 232+ mph beast. 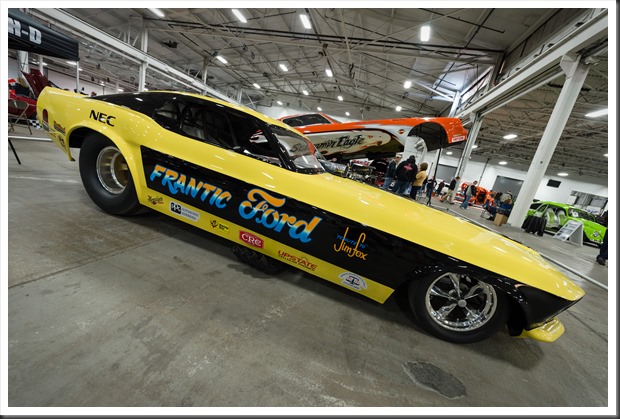 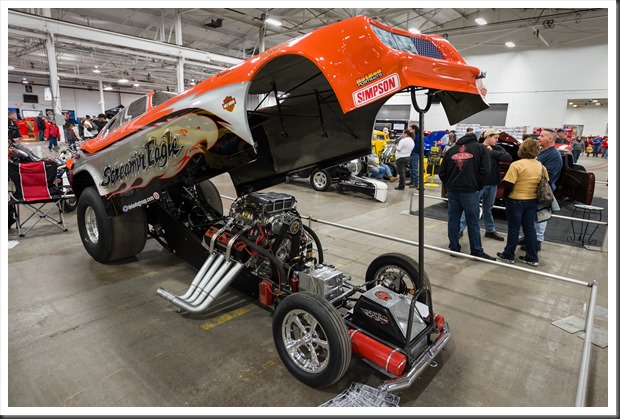 Many other nostalgia racecar owners where on hand including Rocky Pirrone. Fresh from the paint booth, Rocky’s newest build is 1970 Mustang AA/FC based based on the original Gas Rhonda Funny Car “Frantic Ford”. Also on display was the 1977 Trans Am “Screaming Eagle” BB/FC. 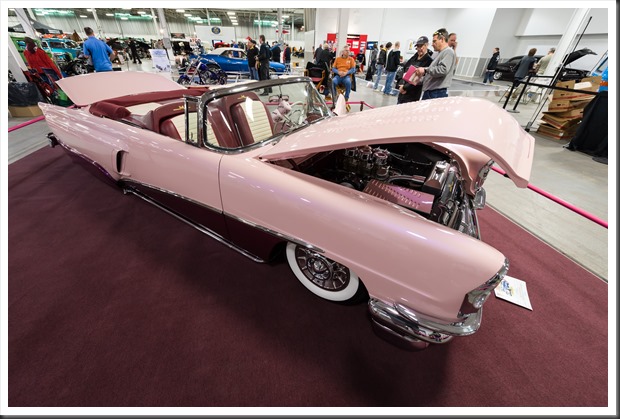 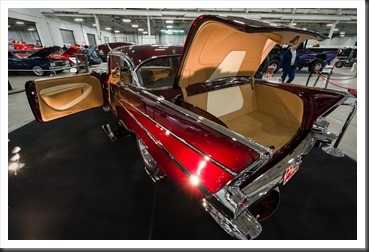 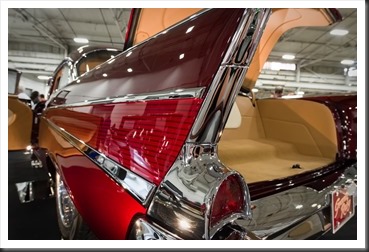 Not into pink? Well let’s darken it up a bit and go with Melvin Milligan’s 1957 Chevy Bel Air. I just love the detail of the fins and the sparkle of the chrome. 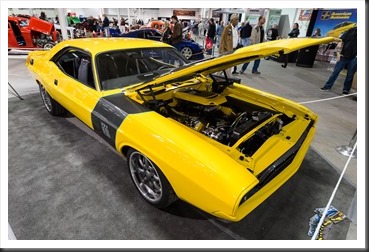 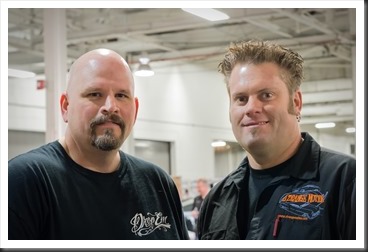 One of the things that is great about shows like the NorthEast Rod and Custom Car Show is being able to chat with the owners and builders of these fine vehicles. Sometimes you get lucky and you get to talk with celebrity builders like Tim Strange of Spike TV’s “Search and Restore”. Tim was the lead for Ty Cardona’s custom 1974 Dodge Challenger which was on display. 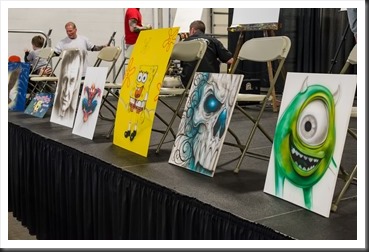 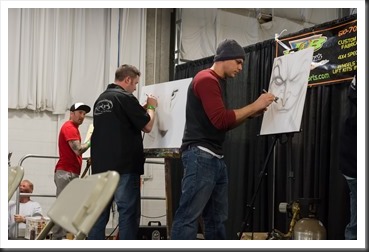 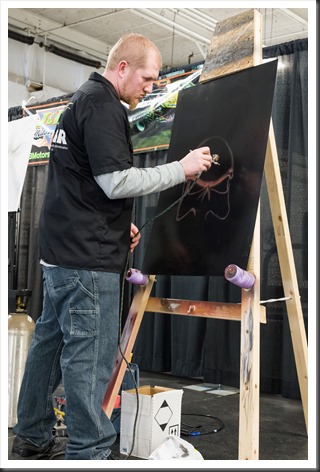 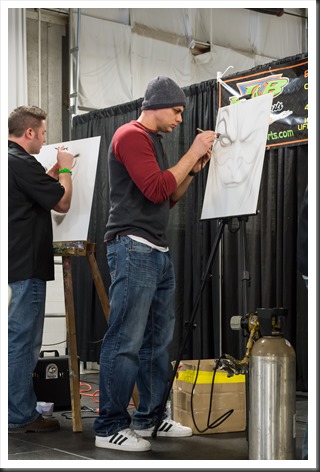 Many of the show cars require airbrush artists. The “Airbrush Face-Off” style competition, which ran all weekend, had artists showing their skills on the main stage. Each artist had one hour to create magic on their blank canvas. The art was later auctioned off for charity. 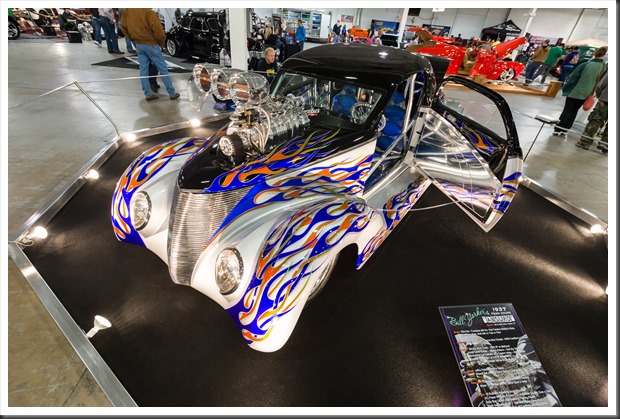 Everyone needs a favorite at a show. My favorite this year was Bill Yorker’s 1937 Ford Coupe named “Absurd”. It is powered by a 1671 BDS Supercharger sitting on a 540 Big Block Chevy making 2000HP on Methanol! While it may look all race the interior sports a 1500 Watt Alpine stereo, AC, and power windows. The dash even has a clock. What was your favorite? 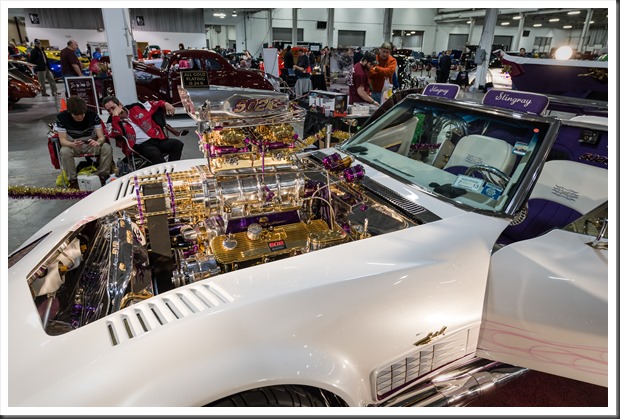 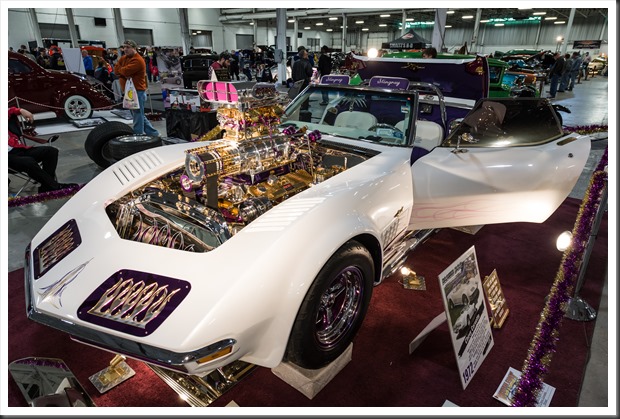 Want to take engine detailing to the max? How about gold plating it! Joseph Barra plated many of the engine parts on his 1972 Chevy Corvette in 24kt gold. 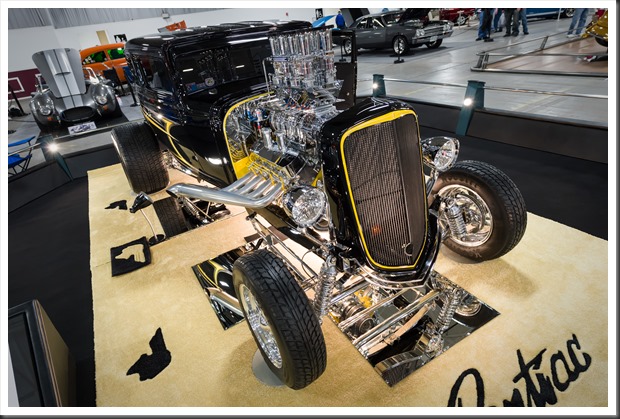 I like stacks and Francis “Pogo” Paolangeli’s 1931 Pontiac had them reaching for the sky. The Inglese 8 Pack Weber carbs sit on top a blown 540 cu. in. big block Chevy. The motor puts out 1010 HP and 848 pounds of torque on pump gas. But how do you see to drive it? 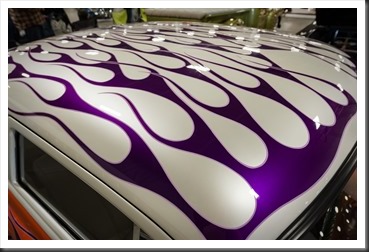 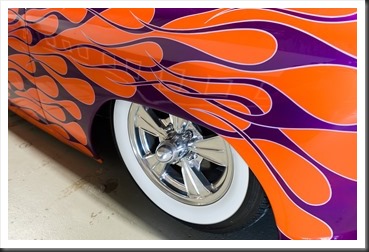 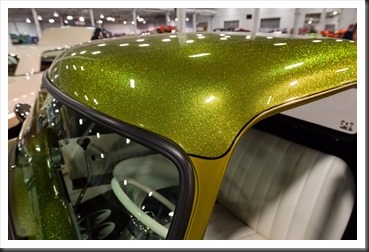 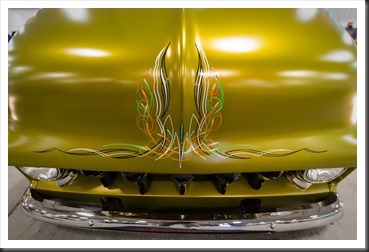 I also like flames, big metal flake, and pin stripes. I guess I am lucky that many of you do too. 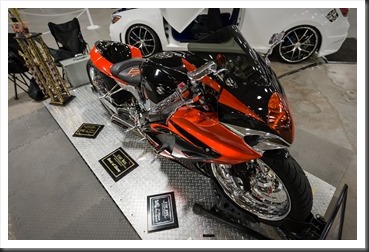 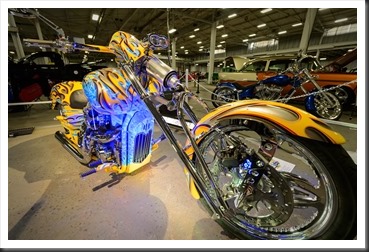 There were a few motorcycles scattered about for bikers to love on including Alberto Martino’s 2007 Suzuki and David Lamoureux’s 2005 Honda VTX. 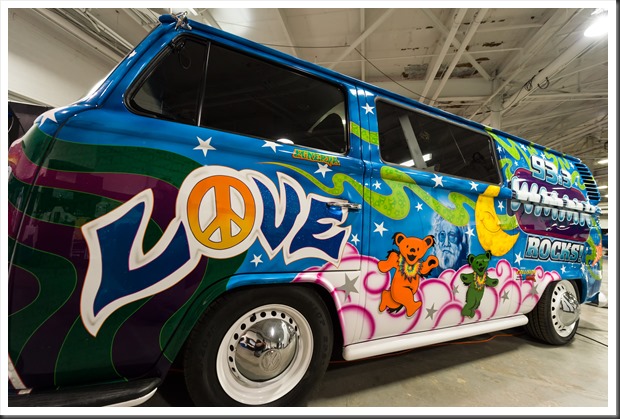 Pierre Robert was showing some love for the NorthEast Rod and Customs Car Show with his 1972 VW microbus “Minerva 2”. 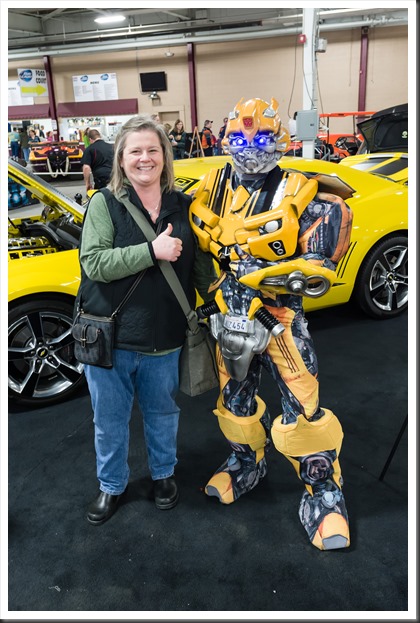 Even Peg gave a big thumbs up to the show.

Check out our coverage of the Elite 6 from this years show at our previous blog entry.

Many more photos from the NorthEast Rod and Custom show can be found at BG Customs Photo site.