The Rodder’s Journal held its first ever car show at Pimlico Race Course in Baltimore, Maryland over the weekend. To be a little different they called it a “Vintage Speed & Custom Car Revival” instead of a car show. But, what ever you call it most car nuts just called it “Great!” 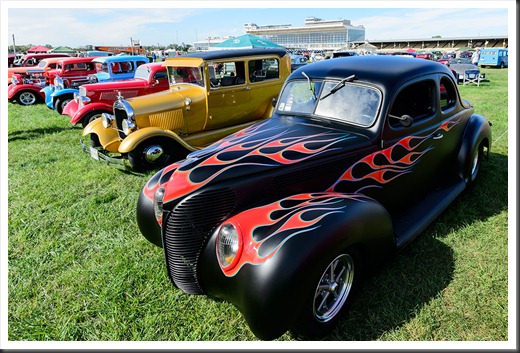 The first car to catch your eye as you emerged from the tunnel leading to the infield was Dan Webb’s So-Cal Streamliner Replica. Craig Naff hand formed the sleek body out of 3003 H14 aluminum. There is a really good write-up about the car over at The Jalopy Journal. 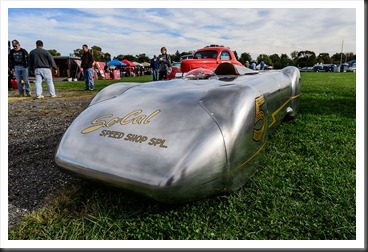 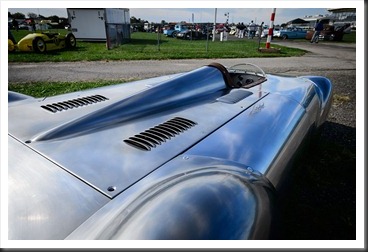 Do you like Gassers? There were a number of Willys Gassers on Saturday parked together. Here are a couple of photos of Tom Venezia’s 1941 Willys and Mario Colasuonno’s 1940 Willys. Both are sporting 392 Hemis with 6-71 blowers. 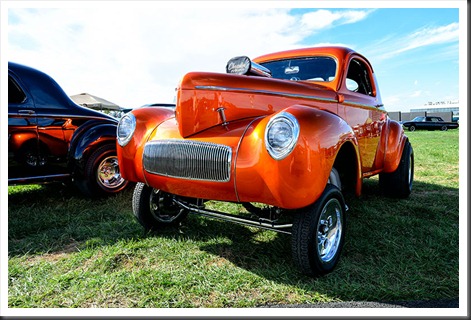 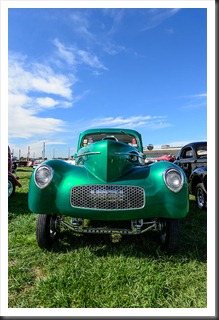 If race cars aren’t your thing there were some real nice hot rods parked on the Pimlico infield. Peg and I both wondered how Melvin Carter Jr. was able to navigate the crappy streets of Baltimore with his down in the weeds 1928 Essex. Lewis Stanley’s 1930 Ford Model A is much more to my liking. 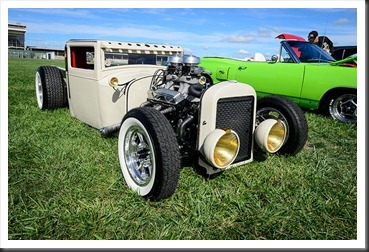 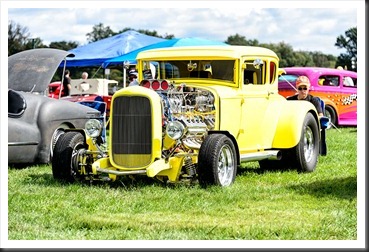 The Rodder’s Journal did a great job selecting bands to play all weekend. A little Rock-a-Billy goes a long way to keep you energized as you are snapping off hundreds of photos of these great cars and trucks. Does anyone know the name of the first band that played on Saturday? I know they are out of southern Maryland but I failed to write their name down. 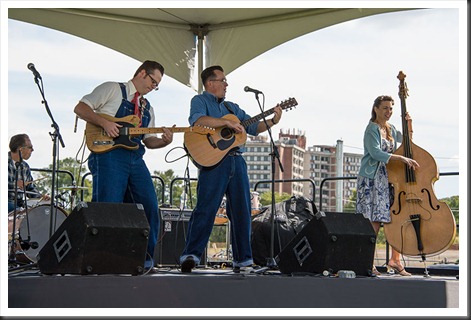 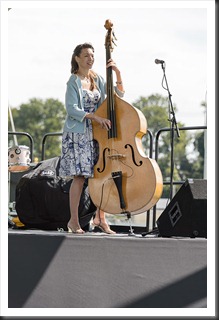 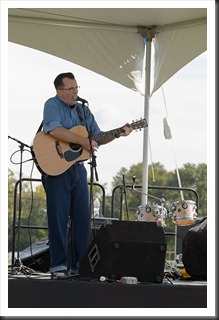 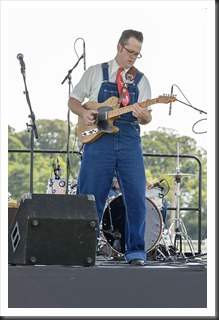 If you have the word “Custom” in your show name there had better be a few on hand. TRJ Revival did not disappoint. You had your choice of subdued customs like Jesse Hallett’s 1950 Mercury or the in-your-face customs like Stiff Richardz Hot Rods’ 1931 Shop Rod. 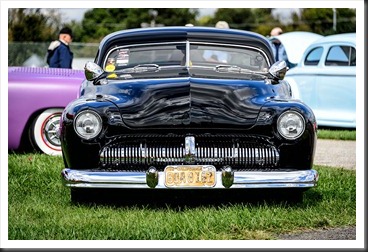 Classics? Sure, there were a few of those around as well. Do you like fins? How about Jason Stilling’s 1961 Cadillac? Phil Mead was representing the trucks well with his 1941 Dodge Pickup. 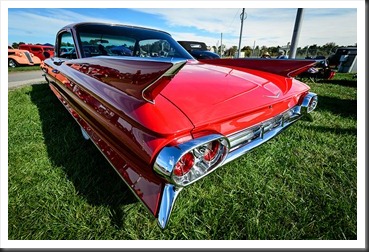 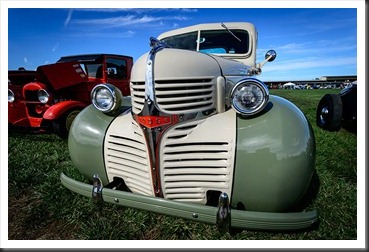 For a first time show, we were extremely impressed with The Rodder’s Journal. The quality of cars here was second to none. Hopefully, Vintage Speed & Custom Revival continues to grow and becomes a must do event for all East Coast rodders.

Be sure to head over to our photo website for a bunch more photos of the show. http://photos.bgcustoms.biz