You would have thought you were actually in a magical time of dragons if you had witnessed Dreamworks How to Train Your Dragon Live Spectacular at the Verizon Center. The 23 flying, fire-shooting, smoke-breathing dragons moved about the stage as if they were real. They were also massive! Some of them were as long as 50 feet with a wingspan of 40 feet. The heaviest of the animatronics weigh in at 2.6 tons. 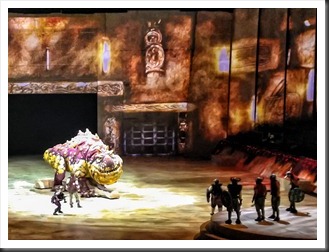 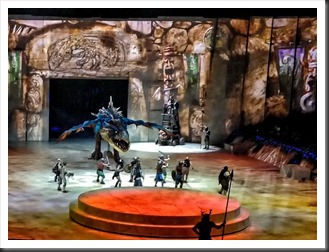 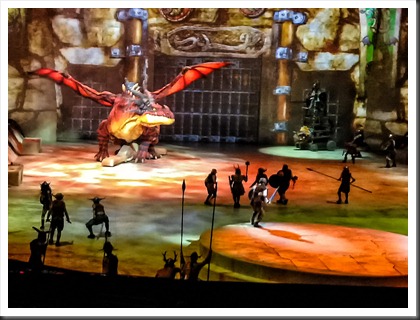 Peg scored us some seats in the “Dragon Hot Seats” area which just means you are up close. There really isn’t any fire to warm you. Just fog and lights made to realistically make the dragons belch fire. While the show is a technical marvel to look at, we found the parts between critters kind of slow and boring. But, just seeing these huge animatronics and the way the designers have incorporated the media wall is well worth the price of admission. 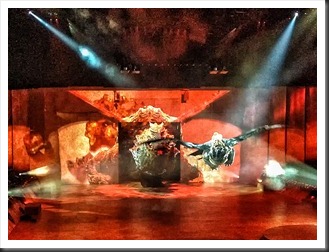 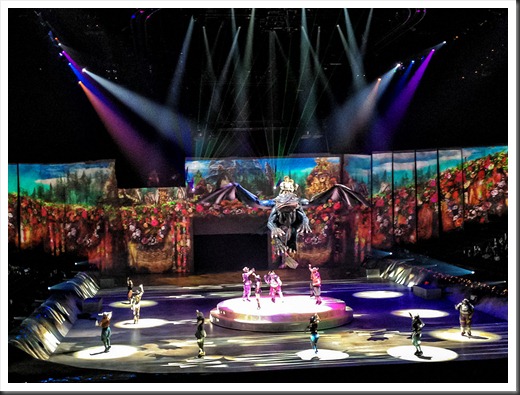 The show designers created a track system which allows for added excitement as the dragons and their riders circle the arena. For safety, they do not fly above the crowds. Great lighting and decent sound round out the pluses of How to Train Your Dragon.

Watch the movie first and you will probably enjoy the live show even more!