While the Wizarding World of Harry Potter may be the most popular “Island” at Universal Island it isn’t the only one at Universal Orlando. Each of the six Islands has its own theme and totally different feel. You enter through the Port of Entry which is basically a bunch of shops which are decorated like an old marketplace and work your way in a circular movement to each of the Islands. 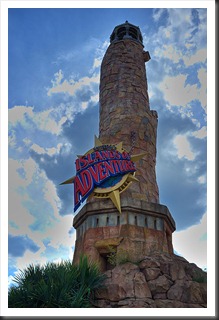 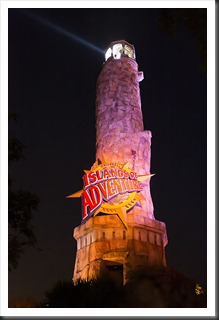 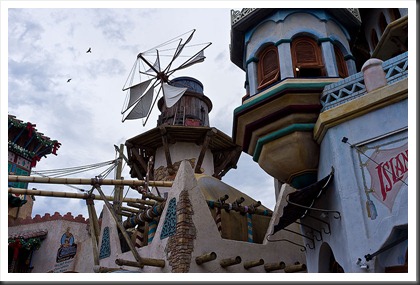 Depending on your direction of travel, the first Island you come to, Seuss Landing, is the most colorful in the park. Based off of the writings of Dr. Seuss, this was also our favorite Island and the only area were we actually road a ride more than once. Which ride? The High in the Sky Seuss Trolley Train Ride! of course. Okay, we are getting old. 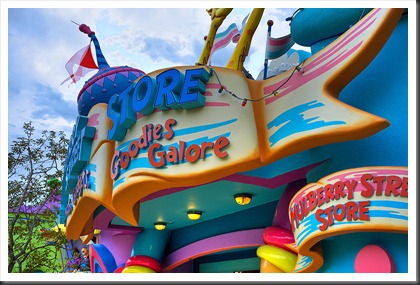 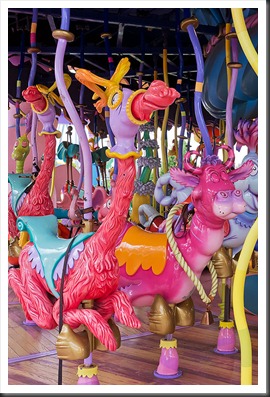 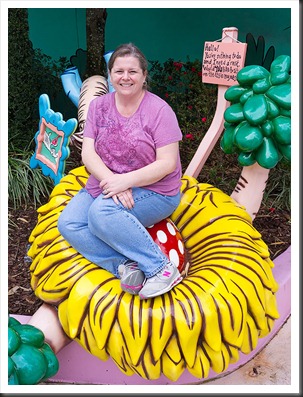 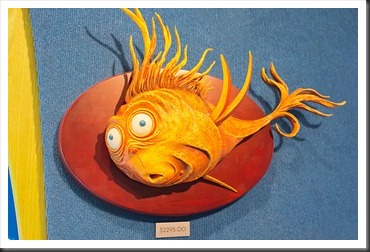 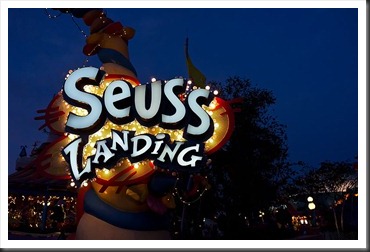 The next Island going counter clockwise is The Lost Continent. This Island is very detailed. We spent a good bit of time here just exploring the scenery. We also had a decent lunch at Mythos Restaurant where they have table service. The Eighth Voyage of Sinbad Stunt Show is located on this Island as well as Poseidon’s Fury; both good shows. For some silly reason this area also has the one thing that really got stuck in my head and that is the sound of the Mystic Fountain when it is asleep. “snore…glug..glug..glug..glug” 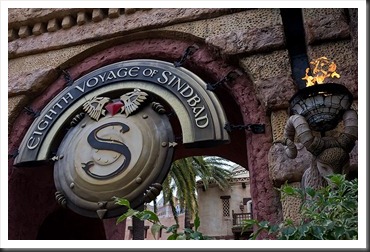 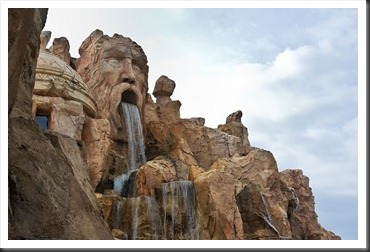 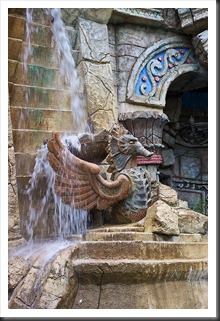 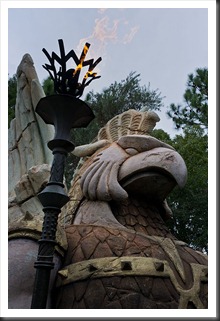 Fighting for the title of most dated area of the Islands is Jurassic Park and Toon Lagoon. Jurassic Park has some fun learning areas in Camp Jurassic and Jurassic Park Discovery Center. We even played with the hands-on exhibits and watched a baby dinosaur hatch. I guess Toon Lagoon wins the award because, if you are under 50, you probably won’t know any of the cartoon characters! I am a bit of a throwback to old times so at 45, I knew most of them but I did have to tell Peg about 75% of the characters’ names. Toon Lagoon is basically a mini water park and, since we didn’t want to get wet, we didn’t ride anything here. We did run around on “Me Ship, The Olive".” 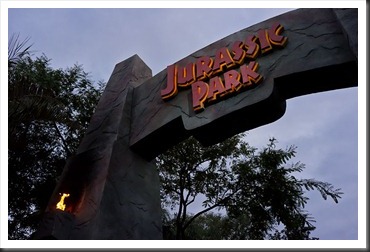 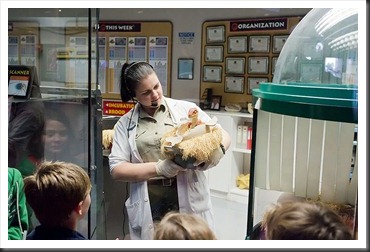 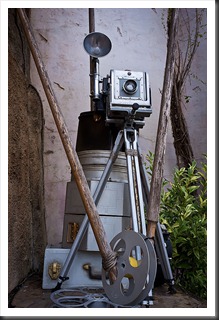 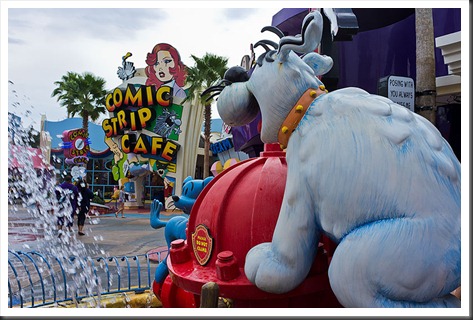 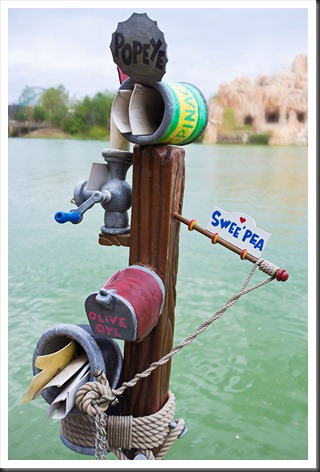 Marvel Super Hero Island probably has the best rides out of all the Islands. Here is were you will find The Incredible Hulk Coaster, Doctor Doom’s Fearfall, and our favorite, The Amazing Adventures of Spider-Man. 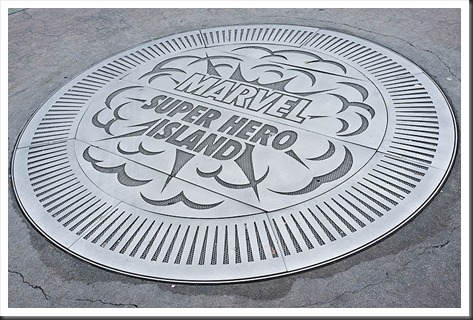 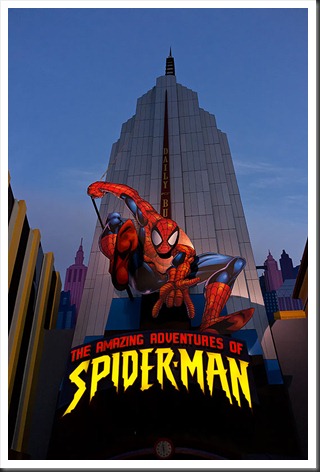 By staying onsite at one of the property hotels, we were able to use the Express Plus lanes for almost no waiting during this slow season trip. Combine this with the hour early opening and we really enjoyed ourselves. I would highly recommend visiting in late January to early February.