Murphy Branch: End of the Line

We were in the neighborhood so we stopped at the old L & N Depot in Murphy, NC. It was raining pretty hard so we didn't explore much or stay very long. This is the end of the line for the Southern Railway's Murphy Branch. 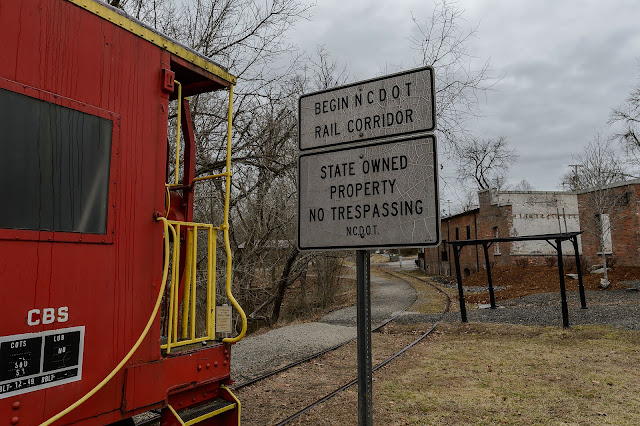 The Marietta and North Georgia Railroad was the first to make it to Murphy, NC. It was later taken over by the Louisville and Nashville Railroad. Only a small part of the L&N train station, originally built in 1899, still remains. The L&N tracks have been removed and only the trestle supports remain in the Hiwassee River. The Southern Railway station burned to the ground in 1968. It was located on the nearby Depot Street. The North Carolina Department of Transportation currently owns the remaining tracks. 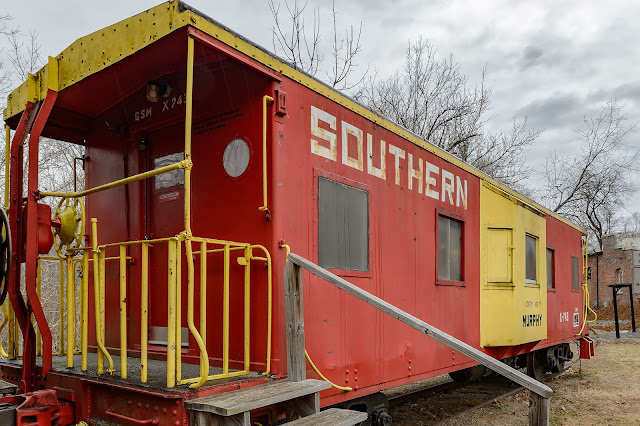 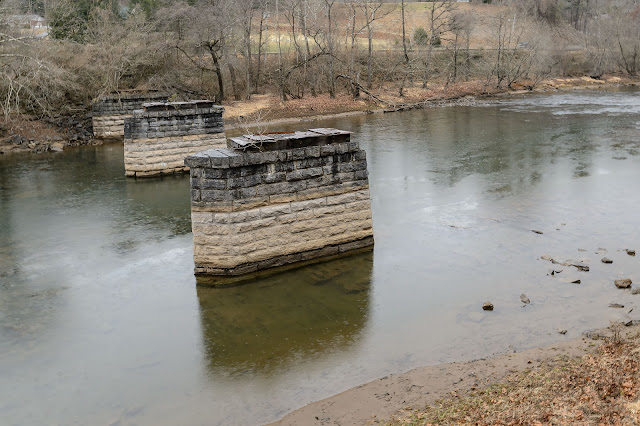 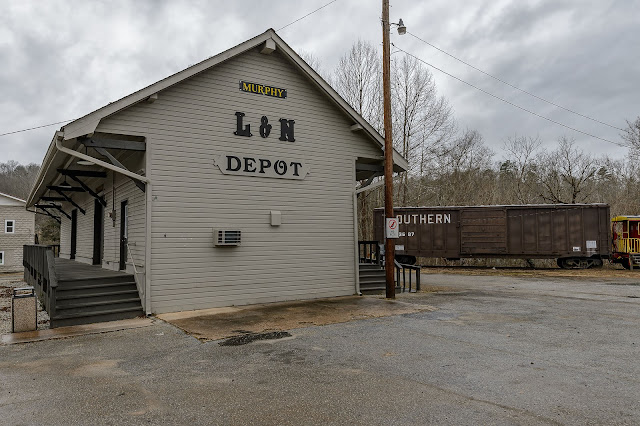 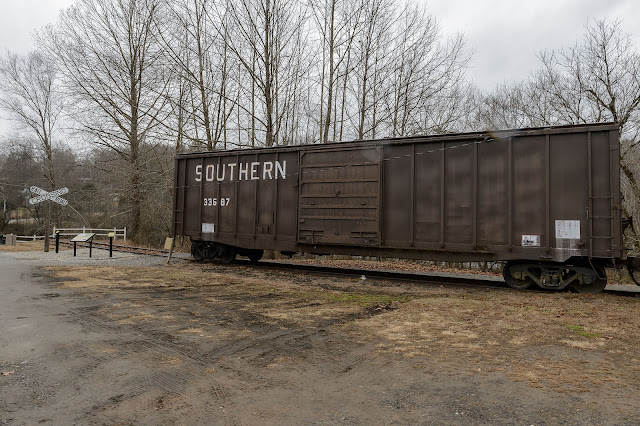