We often drive down the "Business" designations of  routes to see where roads used to go before bypassing towns.  Our road trip down U.S. Route 74 (BUS) in Shelby, North Carolina led us to discovering the carrousel at Shelby's City Park. 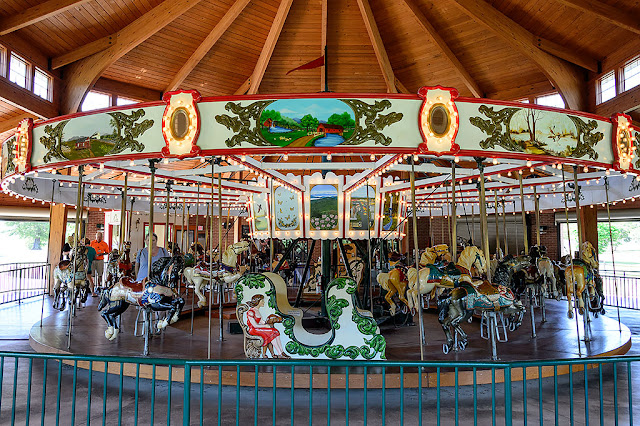 The carrousel was originally built around 1919 by the Herschell-Spillman Company. Shelby purchased the Merry-Go-Round second hand in 1951 for the City Park. It operated from 1952 until 1982 when it was determined that the carrousel needed to be restored. 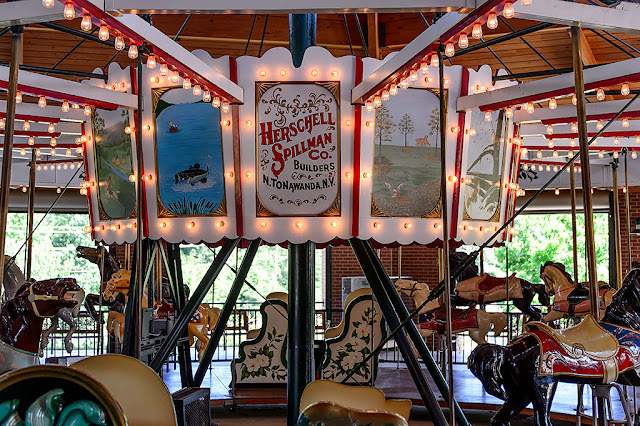 Restoration began in the late '80s and was completed in 1998 with the construction of the Anne Dover Bailey Carrousel Pavilion. 29 carrousel horses were restored and 3 new horses carved. The chariots are all new carvings that replicated the old ones. 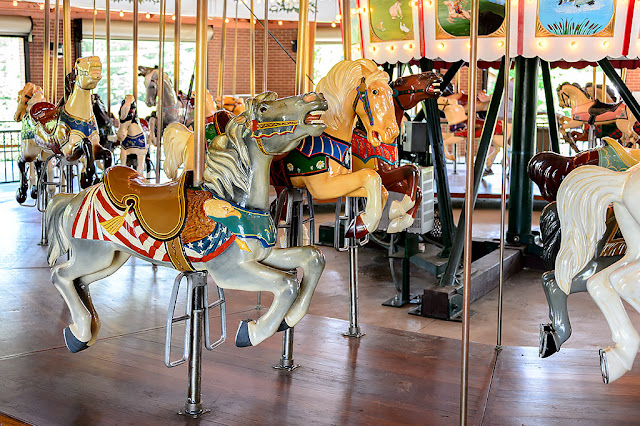 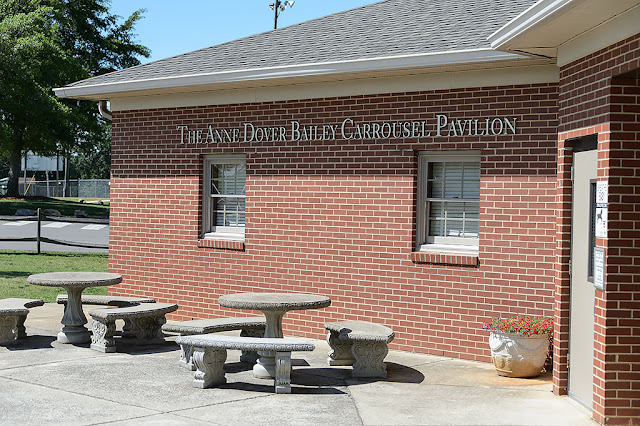 What a fantastic thing to find!  Shelby's carrousel is a real treat for both young and old. The cost is only .50 so why not take a trip around once or twice. 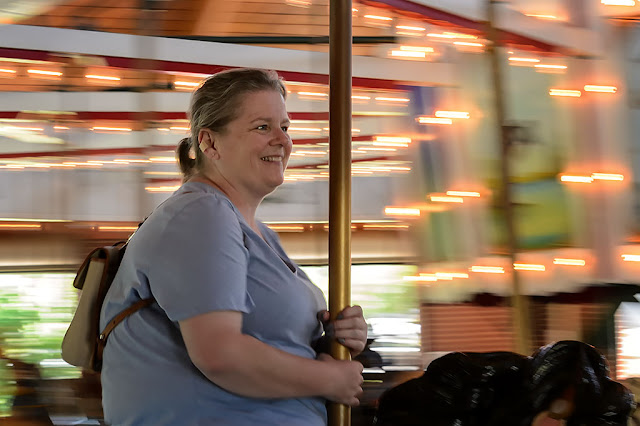