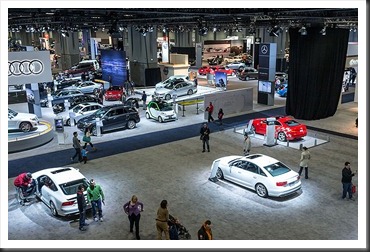 Lately I have been more of a Ford guy than anything else. I spent a good bit of time trying everything on in their area. Unfortunately, being 6’5” there was slim pickings for me anywhere in the DC Convention Center.  But, the Ford booth did produce one of the surprises of the day when I discovered I fit fairly comfortably in the 2013 Ford C-MAX Hybrid. With an estimated MPG of 47 this will definitely be on my list of vehicles to checkout when I get ready to buy. Of course the Ford Trucks are always nice as well. 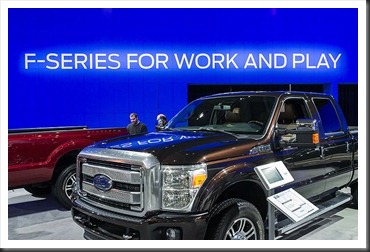 Being car guys and gals we were hoping to check out the new 2014 Chevy Corvette Stingray. But alas, we had to settle for a 2013 Corvette ZR1. Still no slouch with a LS9 638-horsepower supercharged V8 peaking out from under the clear hood port. 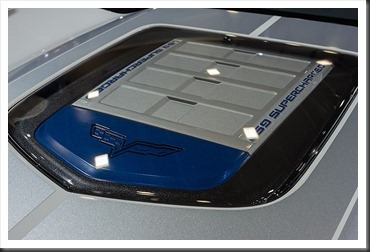 While there were plenty of new cars to look at there weren’t really any manufacturers showing “concept cars” other than for Toyota. Several manufacturers were offering test drives. Just for fun, Fiat was able to have an indoor test drive with their fleet of compact cars. Peg drives a 2012 Fiat 500C and this is what we take into the city because it is so small and nimble. But, she still had to try on a VW New Beetle convertible. 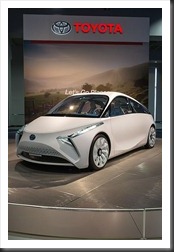 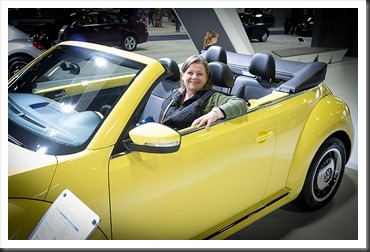 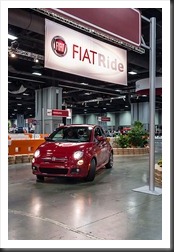 So what was your favorite at the show? I simply fell in love with the Audi R8 Coupe. The model on the floor was sporting a 525 HP 5.2 FSI V10 engine. This beast has a top speed of 196 mph and does 0 to 60 in just 3.7 seconds. Too bad I didn’t fit in this one either or I would have brought it home with me. Well okay, probably not. 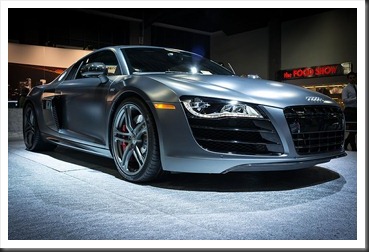 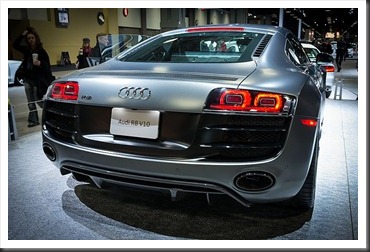 Despite some disappointments of missing new 2014 models, we had a good time. I ended up with a couple of bumps on my noggin and some sore legs from getting in and out of so many cars but I was happy to be able to do it all in one place.