The 12th annual Shenandoah Valley Insulator Show in Martinsburg, West Virginia was proof that you can collect just about anything. Held by the Chesapeake Bay Insulator Club, the show brought collectors, sellers, and a few curious outsiders (like myself) together in the meeting room of the Calvary United Methodist Church. 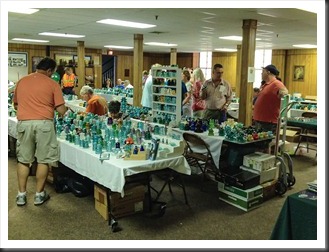 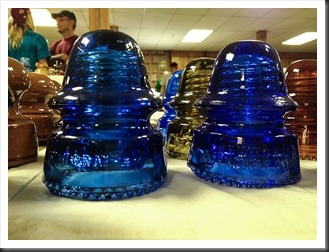 So what’s the story about these insulators? From the Glass Insulators Reference Website:

Glass insulators were first produced in the 1850's for use with telegraph lines. As technology developed insulators were needed for telephone lines, electric power lines, and other applications. In the mid 1960's a few people began collecting these antique glass insulators. Today there are over 3,000 insulator collectors. Insulator clubs, local and national shows, and good reference books are available.

Peg has picked up a few of these glass insulators over the years. I guess it is my fault that she has since I was the one to point them out sitting atop some old power poles that ran next to the tracks of the Durbin Rocket. When she found out that they came in other colors besides the common clear and blue green, the hunt was on. That’s the way she prefers to collect them; by color.  She happily plunked down some cash to bring her treasures home. Guess I will be building some shelves in the near future. Guess we will be back next year! 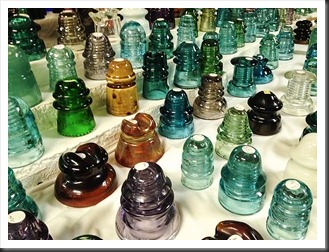 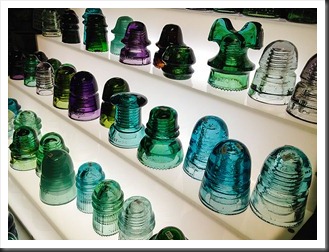 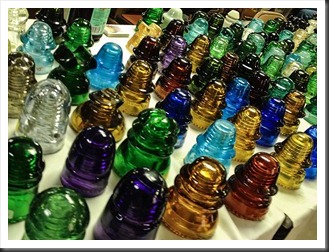 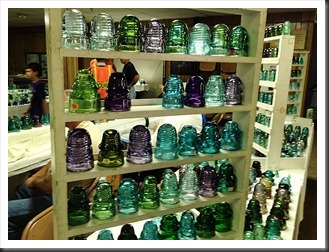